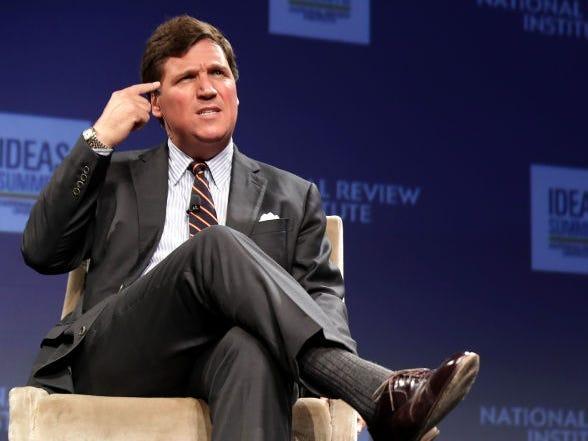 Army leaders called out Fox News host Tucker Carlson for remarks about women in the military.

Carlson expressed concern that Biden is trying to make the military “more feminine.”

US Army generals and the service’s top enlisted soldier called out Fox News host Tucker Carlson on social media after he said President Joe Biden was making the US military “more feminine,” calling it a “mockery of the US military.”

On Monday, Biden marked International Women’s Day by highlighting the achievements of two female generals, both of whom were chosen to lead four-star commands, and noting some of the work being done to make the armed forces more accommodating for female troops.

On his show, Carlson argued that Biden was feminizing the military while overlooking threats posed by China.

“So we’ve got new hairstyles and maternity flight suits,” Carlson said. “Pregnant women are going to fight our wars. It’s a mockery of the US military.”

“The bottom line is it’s out of control, and the Pentagon is going along with this,” he said. “Again, this is a mockery of the US military and its core mission, which is winning wars.”

In the wake of Carlson’s comments, several senior US Army officers spoke out against him.

Maj. Gen. Patrick Donahoe, the commanding general at the Maneuver Center of Excellence, posted the re-enlistment video for “one of the tens of thousands of women who serve in our Army,” writing in the post that the video was “just a reminder that @TuckerCarlson couldn’t be more wrong.”

Lt. Gen. Ted Martin, the deputy commanding general of US Army Training and Doctrine Command, posted a photograph of his daughter, who is in the military, in a response to Carlson’s comments.

Writing that he agreed with Donahoe, Gen. Paul Funk II, the commanding general for TRADOC, said that “thousands of women serve honorably every day around the globe. They are beacons of freedom and they prove Carlson wrong through determination and dedication. We are fortunate they serve with us.”

Sergeant Major of the Army Michael Grinston, the senior enlisted leader, wrote on Twitter that “@TuckerCarlson’s words are divisive, don’t reflect our values.”

Fox News did not respond to Insider’s request for comment on or clarification of Carlson’s remarks.