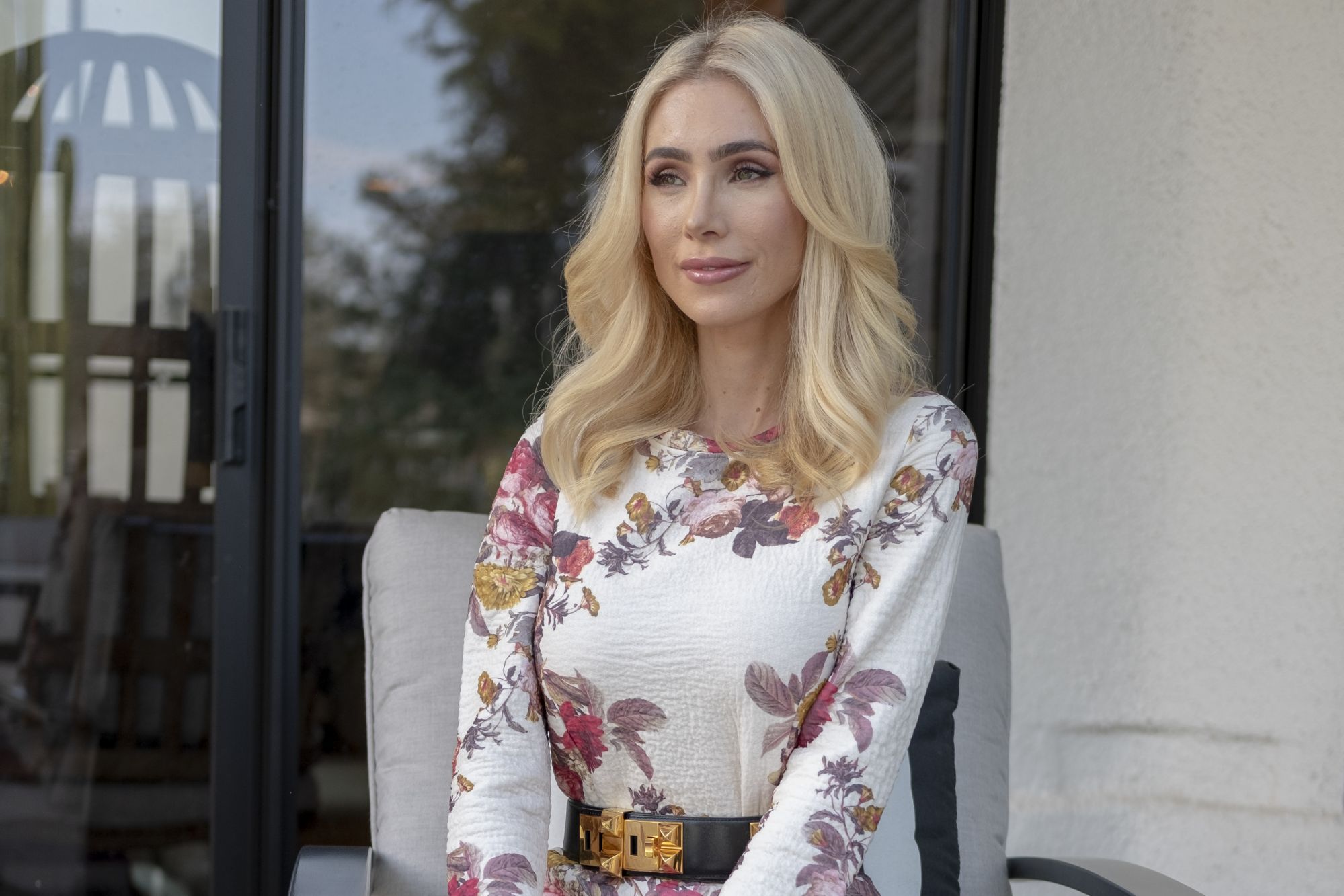 Melissa Rein Lively wasn’t yet the “most hated person on the Internet” last March, when COVID-19 was formally declared a pandemic.

But four months later, on the Fourth of July, the 35-year-old publicist who had found “comfort” in the QAnon conspiracy, was in a Scottsdale, Ariz., Target store when she noticed a mask display — and snapped. She filmed herself on Instagram Live, and her anti-mask tirade went viral. (She was subsequently treated for mental health issues, swore off QAnon and sought to rebuild her reputation.)

Lively recently spoke with Yahoo News about what led up to that incident and what her life has been like since.

The interview was part of an oral history of March 11, 2020, the day the virus became real for many Americans.

Melissa Rein Lively at her home in Scottsdale, Ariz. (Dominic Valente for the Washington Post via Getty Images)

Here is Lively’s account, in her own words, slightly condensed for clarity.

On Jan. 27, I had this terrifying phone call with my brother. He was in China with his wife, who’s Chinese, visiting family for the Chinese New Year. They were starting to see images of people becoming very sick in the streets and keeling over on the sidewalk. Images that were not quite making it to the U.S. yet.

He freaked out. He was like, “We’re going to the airport and getting on the next flight back to the U.S. I have a feeling that they’re going to close the borders.”

But then I went to work the next day, and everything was normal. If I had come into a meeting with clients and been like, “I know we’ve got that big event on March 15, but we’re gonna have to pull the plug on that because there’s a huge pandemic coming,” people would have thought I was crazy.

By the first week of February, I was the first person in the grocery store with a mask and gloves on. People were looking at me like I was nuts. I ended up canceling all my meetings by the middle of February. I just started saying, “I’m going to voluntarily stay home.”

When March 11 rolled around, and they finally announced that it was a pandemic, I kind of freaked out. In my mind’s eye, I’m seeing the compounding tragedy that was gonna unroll before us. I can see it like dominoes. The economy is going to crash. People are going to get very, very sick. If what they’re saying is true, a lot of people are going to die. I just had a very private sort of mental collapse. That week the reality set in — the avalanche of information, uncertainty, confusion, panic, distress. I was just absolutely drowning. And I couldn’t catch my breath.

Lively started to see COVID conspiracies on social media, and was drawn to them.

It started to trickle into my news feed: “Here’s what they’re not telling us about the COVID-19 pandemic.” You click on something about prayer or spiritual enlightenment or self-empowerment. And then it would transform into conspiracy theories.

Within weeks, I found myself in this echo chamber. I went into denial about the pandemic, as a coping mechanism. And there was QAnon to comfort me and tell me, “Oh, it’s not real. It’s not happening.” It was a digital brainwashing.

By May, I had been pretty effectively radicalized. That’s when they opened up Arizona again. I ended up getting a lot of my business back. But this time, when I came back to work, I had a completely different mission. “You can’t force me to wear a mask” — all that stuff.

Dominic Valente for the Washington Post via Getty Images

I was having nightmares about the stuff that I was reading. I was thinking that every day was Judgment Day, literally. My husband had tried to tell me to get help a hundred times. “I’m worried about you,” he would say. “You’re not OK. This stuff is junk.” But I would just become more and more withdrawn. QAnon basically grooms you to believe that anyone who tells you this is wrong, is one of the bad guys. So I started to not trust my husband.

One day he said, “This is it. I am giving you an ultimatum. You need to choose between this life, and this family, or QAnon.”

So I left. It was the Fourth of July. I had been in a hotel room for a couple days already. I had no intention of going home. The world was probably going to end any day anyway. I went to Target for some supplies.

As I was just driving there, I was just thinking just how angry I was — that this pandemic had happened, that the New World Order was trying to kill us. I just felt absolutely robbed of my life. I’d seen a meme that kind of connected everything for me. It said, “First, they put you in the masks, and then they put you in the boxcars.” You know, “This is the next Holocaust.” I have relatives who died in the Holocaust. So when I saw the masks at Target, I just lost it. All of that rage and grief and panic and fear just came out of me.

Lively streamed video of herself on Instagram Live. Her tirade soon went viral.

This woman in Scottsdale, Arizona was super upset with Target for selling face masks. So upset in fact, that she attacked their display….pic.twitter.com/ye9LiDz0JH

It’s hard to watch even today — just hearing the level of pain in my voice and witnessing myself having a medical episode like that.

Later on that afternoon, after Target, I’d come to get something from my house. The video had started to go viral at that point. My husband just took one look at me and he made the executive decision to call the police. They decided to take me to a psychiatric facility, where I spent three days being evaluated, making these continuously delusional claims about Q. They realized I was having a manic-type episode that displayed itself as a psychotic break because of all the information I was consuming.

It was like hitting rock bottom for alcohol or drugs. My husband had filed for divorce. I had lost 100 percent of my business. I was basically the most-hated person on the Internet. I had a choice at that point: I could end my life right now, or I could get myself some help and get serious about dealing with everything that led up to that moment.

While in treatment, Lively revealed a childhood trauma she had never worked through. When she was 14, her mother died of a drug overdose. Eight years later, her father died following a bicycle accident.

I’ve lost so many loved ones in my life, and so much of my life has been experiencing grief over and over and over again. I just have such an aversion to death. I just have so many issues with it, and I just could not grasp it. And finally, once my thinking started to get better, and I started to heal those issues in the trauma program, only then could I really wrap my mind around, like the reality of what was happening. I had to get through my own personal issues with loss that I had been, you know, pushing down and pushing down for 20 years before I could really even like, grasp reality. And finally I did. It’s still hard just because, you know, just the magnitude of loss that everybody has experienced this year is just, it’s overwhelming. I just feel like our bodies and our minds aren’t designed to take on that much sadness at once.

I’m still in therapy. I’m still working through it every day, and still trying to apologize to people and repair relationships that I damaged, people’s feelings that I hurt. I’m getting through it day by day. It was incredibly traumatic. I mean, it took probably 20 years off my life. I don’t know, but I’m still hanging in there.