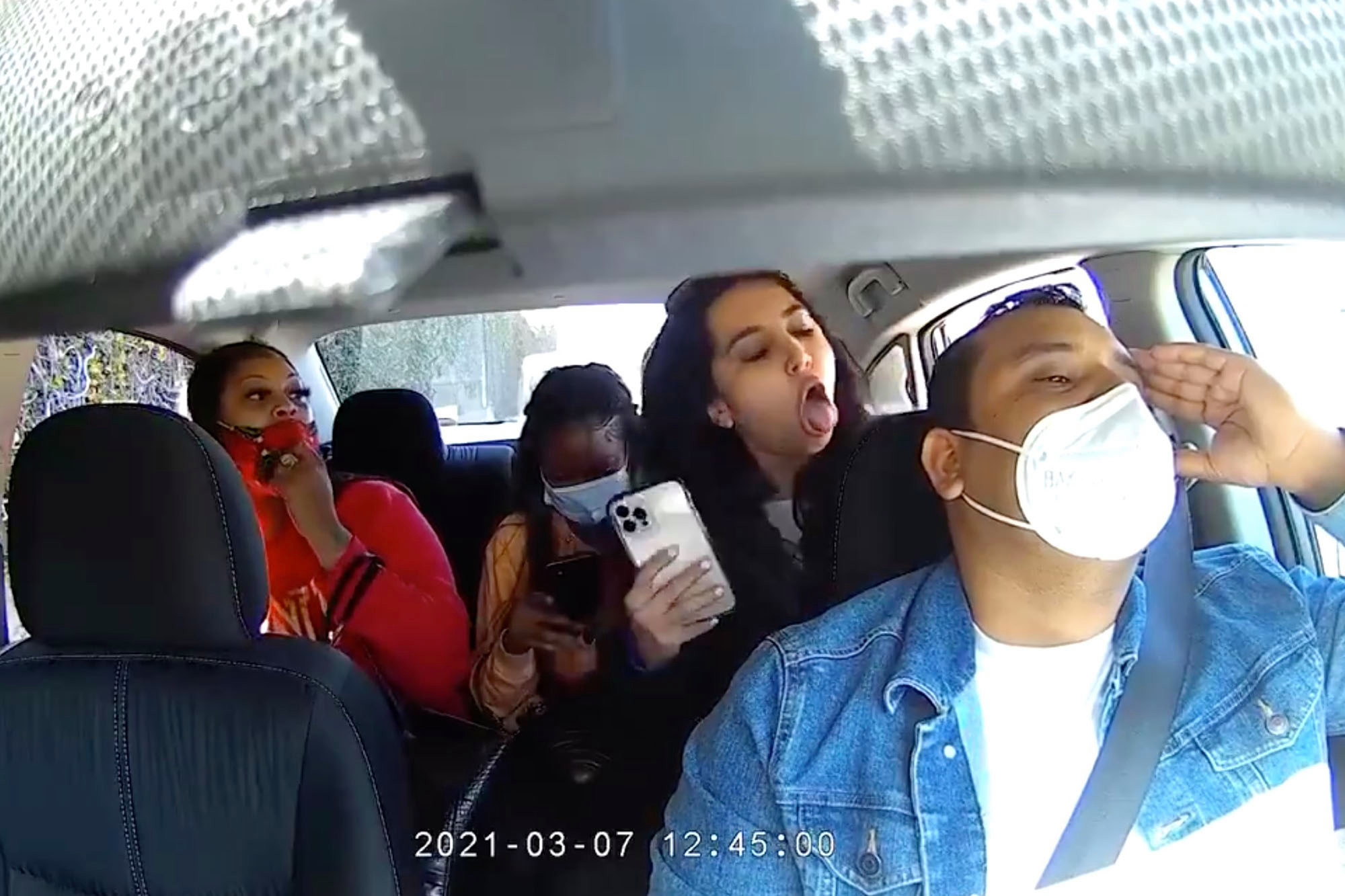 A woman who was caught on video harassing and coughing on a California Uber driver has been arrested, while another woman plans to turn herself in to police, authorities said.

Khadka recorded the incident which shows King — who’s sitting in the backseat wearing red — and another woman, identified by cops as 24-year-old Arna Kimiai, coughing and shouting profanities at him after refusing to wear face masks.

Kimiai has not yet been arrested, but her lawyers say she plans to turn herself in soon.

“We’re glad to hear that Ms. Kimiai intends to do the right thing and turn herself in to the nearest law enforcement agency, and we hope it happens promptly,” Lt. Tracy McCray said in a statement.

Malaysia King (in red), who was in the Uber, is being charged with assault and battery, conspiracy.

“The behavior captured on video in this incident showed a callous disregard for the safety and wellbeing of an essential service worker in the midst of a deadly pandemic. We take this conduct very seriously in San Francisco, and we’re committed to ensuring that justice is done in this case,” McCray continued.

The incident happened after Khadka picked up Kimiai, King and another woman in San Francisco around 12:45 p.m. Sunday.

⚠️ 𝗪𝗔𝗥𝗡𝗜𝗡𝗚: 𝗘𝗫𝗣𝗟𝗜𝗖𝗜𝗧 𝗟𝗔𝗡𝗚𝗨𝗔𝗚𝗘 ⚠️ Uber driver Subhakar told me he picked up 3 women in the Bayview yesterday & after asking one to wear a mask was subject to slurs, taunting & one grabbing his phone.

He’s taking a few days off.

Khadka asked one of the women to put on a mask but she refused, so he decided to cancel the ride.

An enraged Kimiai then can be seen on video yelling at the driver, “F—k the masks!”

At one point, Kimiai grabs Khadka’s phone from the center dash area and then violently rips off his face mask, footage shows.

Arna Kimiai was identified by investigators and has planned to turn herself in to authorities.

Both Uber and Lyft have banned Kimiai as a result of the incident.