Women can’t even exercise without being harassed by men 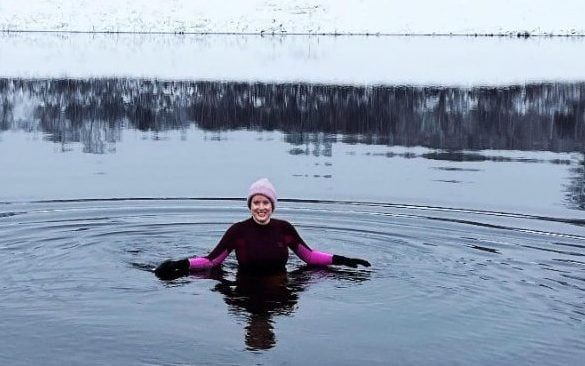 Two weeks ago I went for a chilly swim at a nearby lake that I’ve been swimming in throughout lockdown. It’s on a quiet, sprawling common, where the only other people you see are the odd dog walker or another wild swimmer.

This time, however, a man in his 50s walked a few feet behind me on my way across the common to the lake, followed me to the spot where I set down my kit bag, and asked if I was going for a swim. My friend, who I swim with, soon turned up and we answered a few more of his questions (did we swim often? was it very cold?) while waiting awkwardly, politely even, for him to leave so we could get changed.

Our instincts – a survival technique fine-tuned over years of having to worry about this stuff – told us he was odd. And they were right. After he walked off, and we had got into the lake in our swimming costumes, we spotted him hiding in some nearby bushes, watching us.

We half-laughed about it when we got out, and shared stories about other times we had been flashed at or followed, normalising it all in that way that women do. Or, until this week, did. But we took extra care that day when we got changed (under the cover of our huge DryRobes) and kept looking over at the bushes, hoping he wasn’t still there.

I didn’t think much more of it. But then the tragic case of Sarah Everard unfolded across newspapers and social media. Women everywhere were sharing their anger at having to normalise it; at being told to stay in after dark; to text their friends when they got home safely; to essentially be living under an invisible curfew that had no roadmap.

And then, in among the hundreds of tweets and posts I read, one reminded me of the man in the bush: ‘Being a woman: my “outside” day finishes at sundown. If I haven’t taken the dog for a walk/jogged by then, I can’t,’ it read. ‘In the winter, it often means the choice between exercise and work. Today I had to stop work at 4 to exercise. My husband worked until 6, and is now off for a run.’

I also have to make that choice. When the schools were closed, my husband – a regular runner, who does the London Marathon most years – was able to let off steam after a punishing day of work and home schooling with a 9pm run around the pitch black, pavement-less country lanes we live near. That option is unthinkable and unavailable to me.

One of my friends, also a marathon runner, and a solicitor and mother of two, has to do all her training in her lunch hour or at weekends. Running after a hard day of work, when the kids are finally asleep, just isn’t an option for her. It should be. Of course, it should be. But she’s always been too scared.

She isn’t the only one. A YouGov report out last year found almost three-quarters of British women don’t feel safe exercising in the dark. And in 2017, England Athletics found that of the 2,000 women polled, one third had experienced some form of sexual harassment while out jogging, and 36 per cent had been shouted at and beeped at by men in cars or vans. Just four per cent of men had experienced the same treatment. Which could go some way to explaining why SportEngland found only 25 per cent of women met exercise targets during the lockdown. It wasn’t just the unfair burden of home schooling that kept us at home; it was fear as well.

One of my mom groups has a thread that is just women listing and recommending which kind of protection they take when them when they go out running (Ie. pepper spray, alarm necklaces, whistles, etc) in case you wondered what being a woman is like

‘What being a woman is like’ is something I spoke to my husband about last night, while watching the Sarah Everard case on the news. When he runs at night, my husband will cross the road or go the other way if he sees a lone woman and, like a lot of men, he thinks that most men are fairly decent sorts.

But then I told him about the time a 40-something taxi driver told a 20-something me that I could give him a b***-job if I was short of my fare, just as I was counting it out in my purse. And how, when I gave him the money, he waved me off with a cheery: “Thanks love, take care”. Of the time friends had gone for a drunken lie-down at a party to be woken by the unwanted fumble or kiss (or worse) of a man they knew (and in some cases, still know). Or the time I had my much-cherished lunchtime swim tainted by a man in a bush. These men don’t make the news, but they walk among us.

Rachel Dolezal: I identify as black