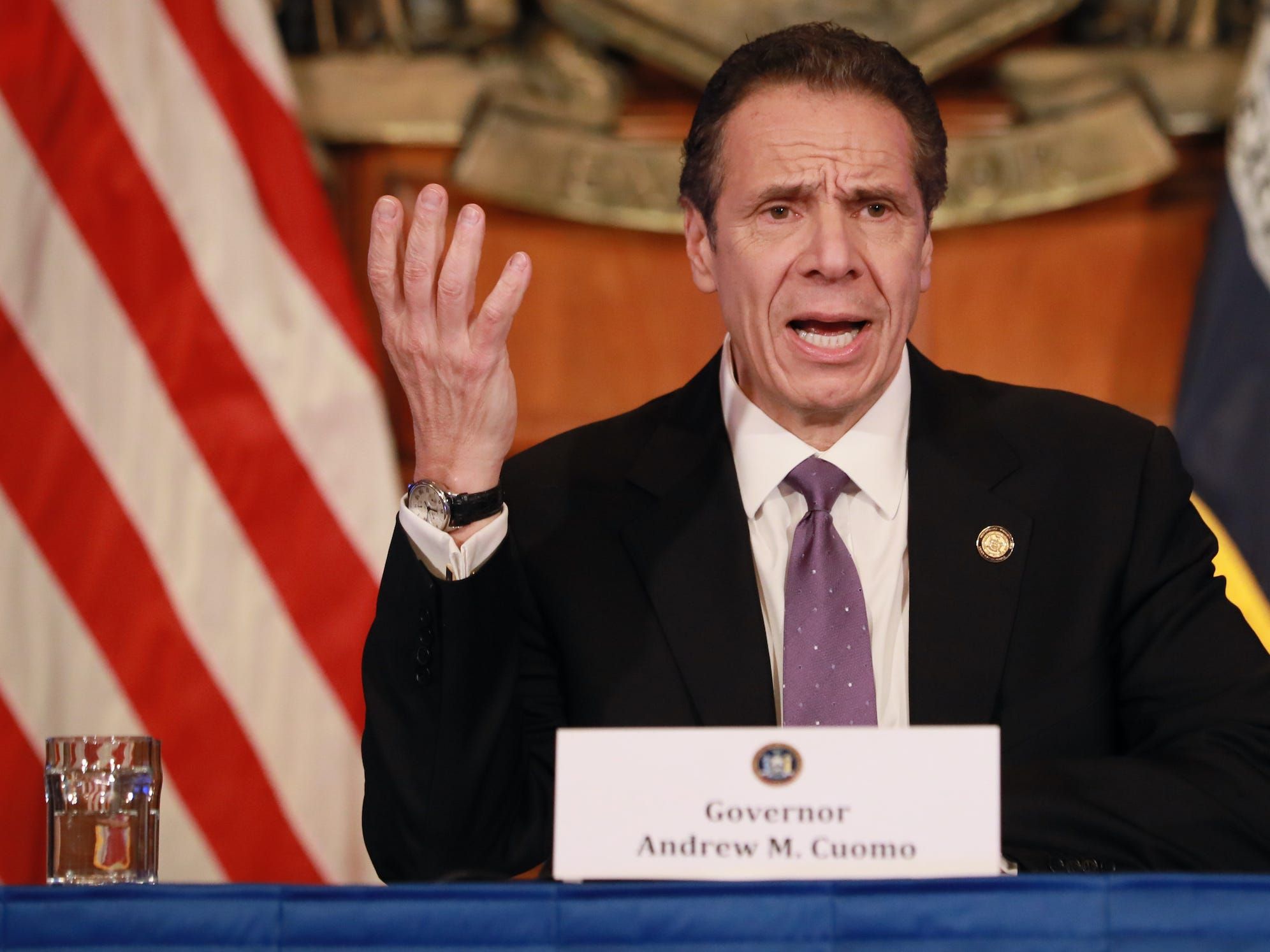 Another woman told reporter Rebecca Traister that she experienced a toxic work environment.

Jessica Bakeman, a journalist who previously covered New York state politics for the USA Today network in Albany, wrote in an essay in The Cut that the governor sexually harassed her on multiple occasions and fed into a pervasive culture of sexual harassment in Albany writ large.

Bakeman recounted one incident at a 2014 holiday party Cuomo hosted for the Albany press corps. It was one, she said, that she initially hesitated going to because of all the times Cuomo had touched her before.

When she approached Cuomo to thank him for inviting her, he insisted on taking a picture with her and then gripped her body tightly. He then said, “I’m sorry. Am I making you uncomfortable? I thought we were going steady,” embarrassing her in front of all her colleagues in the press corps.

In another instance, Bakeman said that she arrived at a press reception a little late to find Cuomo telling a story to a small group of all-male reporters.

She wrote that Cuomo “took my hand, pulled me into his body and put his arm around my shoulder,” and “left it there, and kept me pinned next to him, for several minutes as he finished telling his story.”

“I never thought the governor wanted to have sex with me,” Bakeman wrote in the essay that was published on Friday. “It wasn’t about sex. It was about power. He wanted me to know that I was powerless, that I was small and weak, that I did not deserve what relative power I had: a platform to hold him accountable for his words and actions.”

In a separate in-depth article by New York Magazine’s Rebecca Traister, another woman named Kaitlin, whose last name was not used, said she experienced a highly toxic work environment in Cuomo’s administration.

Kaitlin recalled first meeting Cuomo at a fundraiser where she was working, during which, she said, he “grabbed me in a kind of dance pose” for a picture, making her feel awkward. Shortly after, she was offered a job with Cuomo.

“We all knew that this was only because of what I looked like,” Kaitlin told New York Magazine. “Why else would you ask someone to come in two days after you had a two-minute interaction at a party?”

Cuomo never explicitly sexually propositioned her, Kaitlin said, but there were instances when she felt uncomfortable, including when he stood extremely close to her when they were alone in a room as well as when he sought her help with his computer, putting her in the position of having to bend over in a tight skirt.

Kaitlin told Traister that while she wasn’t sure if what she experienced rose to the level of sexual harassment, she felt “verbally and mentally abused by him and his staff” and described the situation as one of “coercive control,” where she felt deeply depressed and worried about possible retaliation if she tried to leave.

Other former Cuomo aides, including Liss, Lindsey Boylan, Charlotte Bennett, and Karen Hinton, who worked with Cuomo at the Department of Housing and Urban Development, have already come forward to accuse the governor of sexual harassment and inappropriate workplace behavior.

A current unnamed staffer also filed an internal complaint accusing Cuomo of aggressively groping her at the governor’s mansion last year, the Albany Times Union first reported. This incident has been brought to the attention of the Albany Police Department and could rise “to the level of a crime,” a police spokesman told The New York Times.

Another woman, Anna Ruch, told The New York Times that Cuomo grabbed her waist and face and asked to kiss her at a 2019 wedding.

With the harassment allegations snowballing, the majority of lawmakers in the state legislature, including powerful state Senate president Andrea Stewart-Cousins, and two-thirds of the Democratic members of New York’s congressional delegation, have called on Cuomo to resign from office.

Cuomo, however, has remained defiant. In a Friday afternoon press call, he said he “did not do what has been alleged, period,” and said his resigning would be “bowing to cancel culture.”