How they’ve been shaped by the women they married 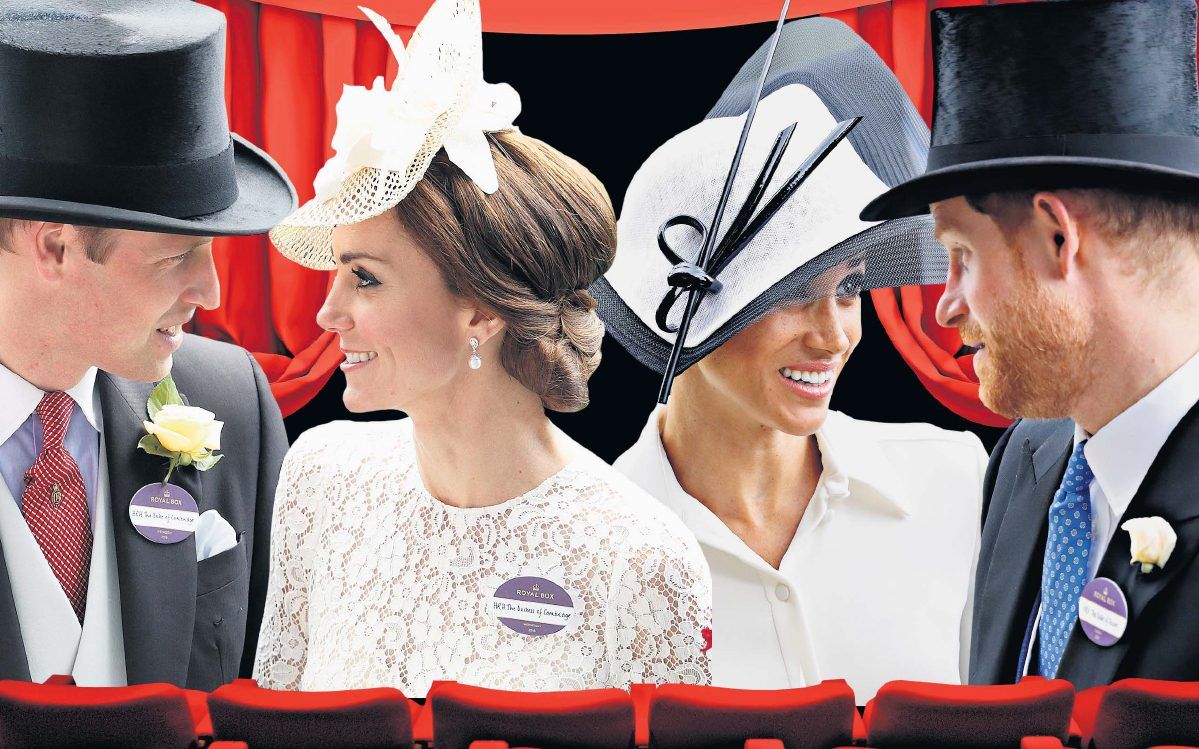 ‘Both William and Harry needed partners who would show them how compatible couples really live’ – Getty Images; Harpo Productions

Princes William and Harry were raised with every advantage, except what a child needs most: a secure and loving family. Prince Charles and Diana, Princess of Wales could hardly bear to stay in the same room together.

Add to that the devastating trauma of losing their mother when William was 15 and Harry 12, and it’s understandable that they would block their feelings to protect themselves from being hurt again.

Studies have shown that the behavioural patterns of dysfunctional families are easily passed down the generations. Ideally, both William and Harry needed partners who would show them how compatible couples really live and help them avoid going off the rails.

The spouses they chose would be crucial in how they were able to deal with their childhood experiences as adults. How interesting, then, that their wives could hardly be more different in temperament, attitude and upbringing.

As heir, William will have felt the pressure to think even harder about the woman he married. Even as a teenager he realised how essential it was not to make a disastrous match both for himself and the Royal family, and not to repeat the mistakes of his parents.

Instead of going to Cambridge like his father, he took the opportunity to find out for himself what it was like to be an ordinary student. At St Andrews, he decided to live in a hall of residence. It made it easy to chat to a girl called Kate Middleton, who came from a stable middle-class family, had a positive attitude to life and a room close to the prince’s.

They walked together to and from their lectures and in 2002, he watched her sashay down a catwalk in a see-through black dress. Kate introduced him to her parents, and William felt relaxed; part of a solid, caring family. They briefly separated in 2007 during which time Kate didn’t betray his trust. Two years later, they were in Anglesey, Wales where Kate shopped at the local Waitrose, and the couple enjoyed living under the radar as William trained for the RAF. After eight years together, William decided to make a permanent commitment. The rest is history.

Harry was always the brother to show emotion more obviously than William. As the “spare”, he had different problems to navigate. Like Prince Andrew before him, you could argue that he was more charismatic than his older sibling – he certainly inherited the fabulous warmth of his mother and had a talent for connecting with people.

Yet Harry, too, found happiness in the ordinary. He went to Sandhurst and felt at ease in the Army. He once told me he had the best Christmas of his life eating goat with his Gurkha friends in dusty Helmand province, rather than join the stuffy royal routine at Sandringham. It was bad luck that after only 10 weeks in Afghanistan, his whereabouts were leaked and he was rushed home. To him it felt like a bereavement.

Like his mother, he told me, he wanted to make a difference in his own right. He mentioned that he “found it difficult to trust people as I don’t know if they like me for what I am or who I am”. That concern seemed to evaporate when he met Meghan Markle, a divorced American actress, who also came from a dysfunctional family. Yet even before they spoke Harry saw himself as inferior to her, a position he seems to have maintained since. “She was sitting there, I was like, ‘OK, well, I’m really going to have to up my game’,” he recalled of their first date.

During their engagement interview on the BBC, Meghan showed that she was maternal, stroking his arm and reassuring him that Diana “is with us.”

It delighted Harry, who added that Diana would “probably (have) been best friends with Meghan.”

When, shortly after their engagement, I interviewed Harry for my biography, he told me that he had explained to Meghan how her life would change, with lots of dos and don’ts. They wed two years after they met.

Many men marry someone who reminds them of their mother. Yet the two women the brothers chose couldn’t have been more different in their personalities and priorities.

Catherine’s aim has been to support William and give him the stable, happy family life he missed out on. It was she who came up with the idea of concentrating on mental health through their Royal Foundation, something previously considered to be a taboo subject for royals. She has also carved out her own area of expertise, quietly working behind the scenes to become an expert in early childhood and publishing the UK’s biggest ever study into it last year.

Like Harry, William has little time for the press. Here, again, Catherine has come to the rescue, taking up photography so that she can provide the world’s media with enchanting pictures of her family, when the occasion demands.

We saw last week how William supports his wife in return. It is believed that the couple’s visit to an East London primary school was originally a solo engagement for Catherine. William went along to protect her from questions over Harry and Meghan’s interview with Oprah Winfrey, and the resulting accusations of racism in the royal family – which he furiously dismissed.

Meghan, however – an actress who has spent her life seeking the limelight – likes to lead. And it seems Harry’s priority is to make her happy, even when it affects his close family. She has also apparently given Harry something of a makeover, encouraging him to stop smoking and to meditate and practise yoga.

He used to have an awesome way of giving hope and confidence to those who had been physically and psychologically damaged, but I have witnessed a shift in this energy. Nowadays, he seems to use it to almost lecture others on how to live their lives, and take the moral high ground.

He has looked a shadow of himself these past few months. He has left his country, family, friends and military connections to set up life in Santa Barbara – where he and Meghan are raising their one-year-old son Archie, rescuing battery hens, making deals with Netflix and Spotify, and awaiting the birth of their daughter.

It was heartbreaking to hear Meghan tell Oprah that she had become so depressed being a senior royal that she had suicidal thoughts, especially when Harry was the charismatic, intuitive man who encouraged those with mental health issues to seek help. It was thanks to William – as Harry first revealed in Bryony Gordon’s podcast for The Telegraph – that he sought counselling in his late 20s, which makes it strange that he could not reach out to someone to help Meghan. He told Oprah that he “was ashamed of admitting it to [the family]”, adding: “I didn’t have anyone to turn to.”

Although Meghan talks a lot about using her voice, Harry has struggled to do the same. When he occasionally tried to add a comment to the conversation with Oprah, she often tapped him on the hand and he immediately stopped. She also noticeably talked over him.

What he did say was that he believed that his father and brother were “trapped” within the monarchy, adding: “I was trapped and didn’t know it until Meghan told me.”

William, with Catherine’s help, has proved that by making the right choices it’s possible to break the destructive pattern of family life repeating itself. Let’s hope that, with Meghan, Harry is ultimately able to do the same.

What’s clear is how much the women they have married have shaped the two brothers, and how very different they are – indeed, the tensions between the two Duchesses came over in the Oprah interview. One light at the end of the tunnel for William and Harry should be the unveiling of their late mother’s statue at Kensington Palace this summer, at which they have agreed to stand shoulder-to-shoulder. Whether that united front extends to their wives remains to be seen.

Police chief to Trump: Please, keep your mouth shut if you can't be constructive

Every Outfit the Haim Sisters Wear in a Week | 7 Days, 7 Looks | Vogue