After Kate Middleton paid her respects at vigil to Sarah Everard, police moved in and started arresting women 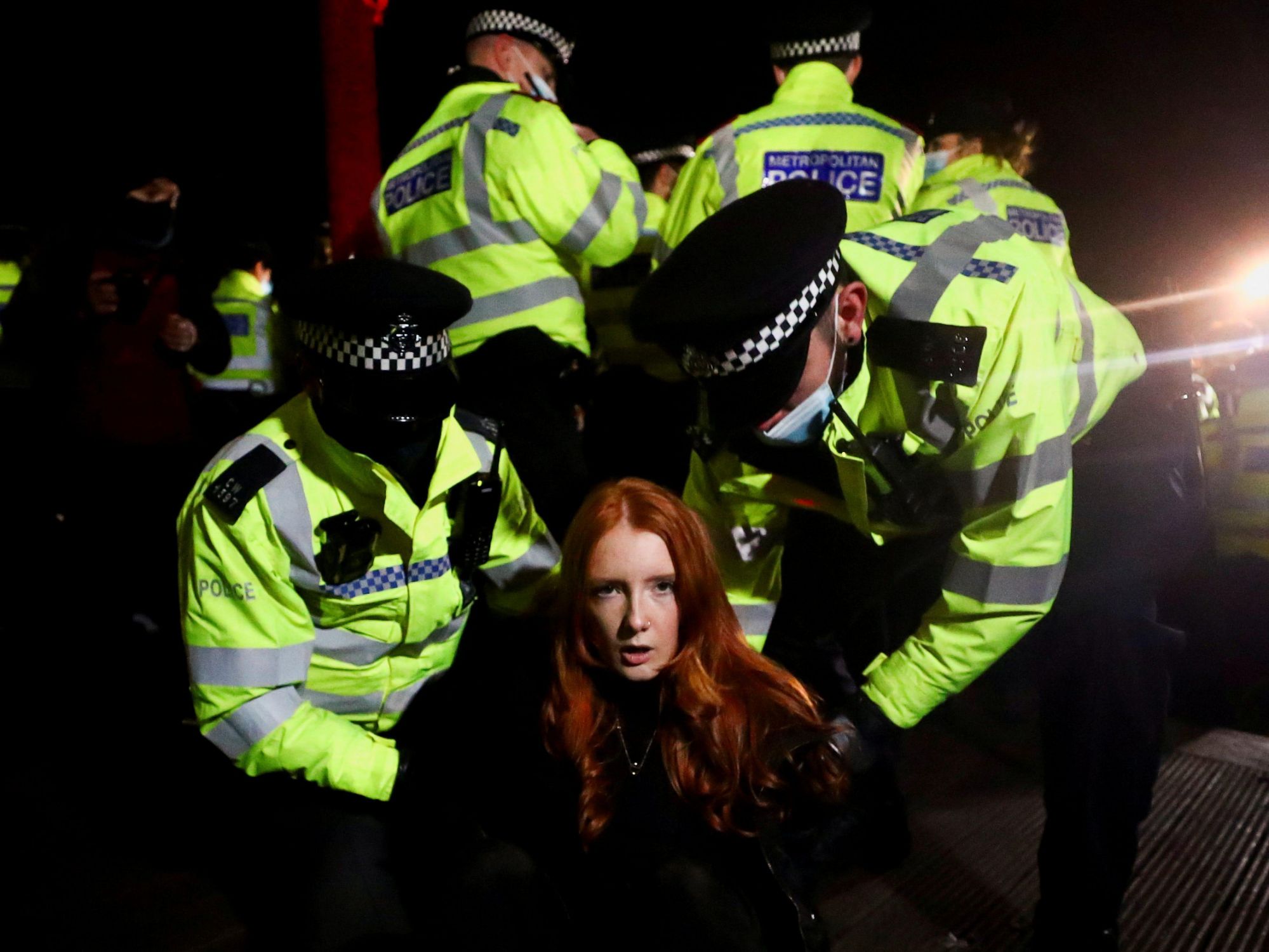 Police detain a woman as people gather at a memorial site in Clapham Common Bandstand, following the kidnap and murder of Sarah Everard, in London, Britain March 13, 2021. Hannah McKay/Reuters

The Metropolitan Police is facing criticism after arresting people at a vigil for a London woman.

Hundreds gathered to pay tribute to Sarah Everard, whose death sparked a debate over women’s safety.

Duchess of Cambridge Kate Middleton who made an unannounced appearance, and laid flowers.

The Metropolitan Police is facing intense criticism after its handling of a vigil held in memory of the 33-year-old Londoner Sarah Everard, whose death has sparked a national debate about women’s safety.

Hundreds of people attended the event in Clapham Common park on Saturday despite the event being canceled earlier in the day.

Reclaim These Streets, the group who originally organized the vigil, said it had shut it down after they had been warned by police that it wouldn’t be safe to hold it during the pandemic. The UK is still in a national lockdown.

But despite this, hundreds came to pay tribute by laying flowers and cards at the park’s bandstand. Among them was the Duchess of Cambridge Kate Middleton who made an unannounced appearance, and also laid flowers of her own.

But as police officers arrived later on in the evening, tensions mounted. Videos circulating on social media show officers handcuffing and leading women away and into a police van. Several scuffles also broke out, as onlookers shouted “shame on you” and “let them go.”

Reclaim the Night said they were “deeply saddened and angered” by the police’s actions. They also condemned officers for “physically manhandling women at a vigil against male violence,” according to the BBC.

The handling by police has also been criticized across the political spectrum.

In a tweet, Home Secretary Priti Patel has described footage circulating online of the police’s actions as “upsetting” and said she has asked the Met for a full report on what happened.

“The police have a responsibility to enforce Covid laws but from images I’ve seen it’s clear the response was at times neither appropriate nor proportionate,” he tweeted.

Met Assistant Commissioner Helen Ball told the BBC in a statement that the police had to “act for people’s safety.” Ball added that hundreds of people were “packed tightly together,” posing a coronavirus transmission risk.

“We absolutely did not want to be in a position where enforcement action was necessary. But we were placed in this position because of the over-riding need to protect people’s safety,” she added, according to the BBC.

Everard, a 33-year-old Londoner, was walking home from a friend’s house on the evening of March 3 when she went missing. Her body was found several days later in an area of woodland in Ashford, Kent.

Met Police officer Wayne Couzens has been charged with her kidnap and murder. He will appear at the Old Bailey on March 16.

Everard’s death sparked a national public debate about the safety of women. In the last week, women across the country took to social media to discuss their own stories of being followed, harassed, and abused on the streets.