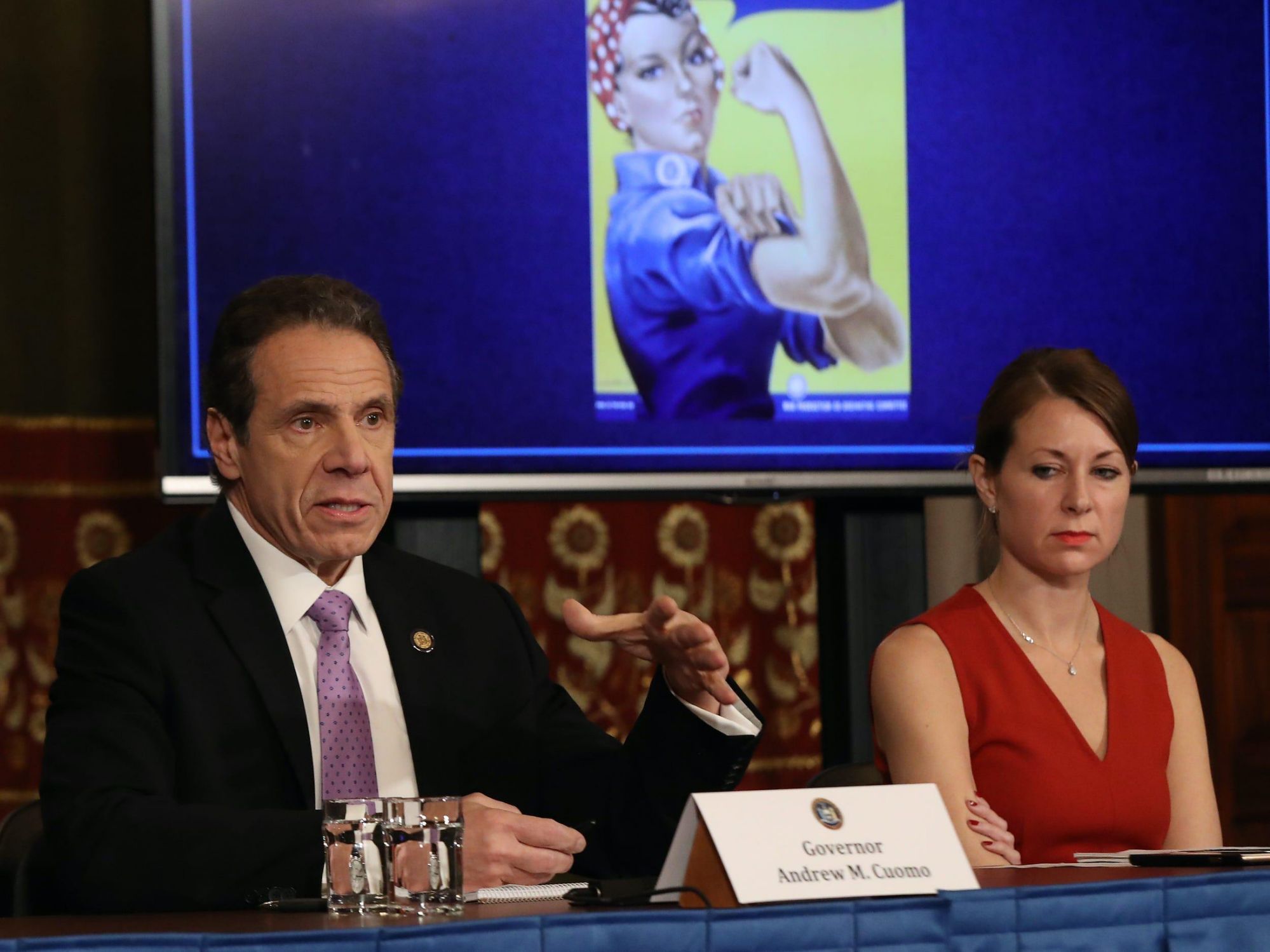 Andrew Cuomo’s staff called former employees to dig up dirt on his first accuser, per the WSJ.

Staff worked the phones when the first former aide accused Cuomo of sexual harassment in December.

Among those contacted was Ana Liss, who later came forward with her own allegations.

Back in December when former Andrew Cuomo aide Lindsey Boylan came forward with allegations of sexual harassment by the governor, current staffers began working the phones to get dirt on Boylan and see if others may come forward, the Wall Street Journal reported on Friday.

One of those reportedly called by Cuomo aides in the aftermath of the Boylan accusation was Ana Liss, who later came forward herself to accuse Cuomo of sexual harassment.

The Journal reported that after Boylan first accused Cuomo of sexually harassing her and cultivating a toxic work environment in a December 2020 Twitter thread, Cuomo staffers working “at the behest” of top Cuomo advisor Melissa DeRosa called no fewer than six former aides asking if they had heard from Boylan or knew any damaging information about her.

Liss, who said she got a call probing whether she had been in contact with Boylan from senior Cuomo communications advisor Rich Azzopardi, told the Journal she felt “intimidated” and bewildered” by the outreach.

Azzopardi, for his part, denied that DeRosa coordinated an effort to reach out to former staffers, telling the Journal, “there was no directed effort-this outreach happened organically when everyone’s phone started to blow up.”

The report follows an documented pattern of bullying and intimidation as standard operating procedure in the Cuomo administration, with more lawmakers going on the record to detail accounts of their own menacing phone calls from the governor.

“You know, it’s no secret that this governor has a history of bullying members of the legislature,” New York Assemblyman Angelo Santabarbara, a Rotterdam Democrat, recently told Insider. “It’s well known in Albany … And I gotta tell you, it’s a scary thing to get a call like that. You don’t know what’s gonna happen.”

Cuomo’s penchant for intimidation common knowledge in Albany for years, but the floodgates of lawmakers going on the record to talk about it began to open in February, when Democratic Assemblyman Ron Kim of Queens went on “The View” to call Cuomo an “abuser” in recounting a threatening phone call he received while trying to give his kids a bath.

As more legislators and other New York political figures have come forward to recount their stories of Cuomo bullying, the governor has found himself with fewer allies to defend him.

Earlier this week, Cuomo’s mother and sister came forward to defend him, but years of scare tactics and angering lawmakers have left him with no prominent Empire State Democrats to back him up.

A majority of lawmakers in the state legislature, including powerful state Senate President Andrea Stewart-Cousins, have now called for Cuomo to resign or step aside while an independent investigation overseen by the attorney general’s office plays out.