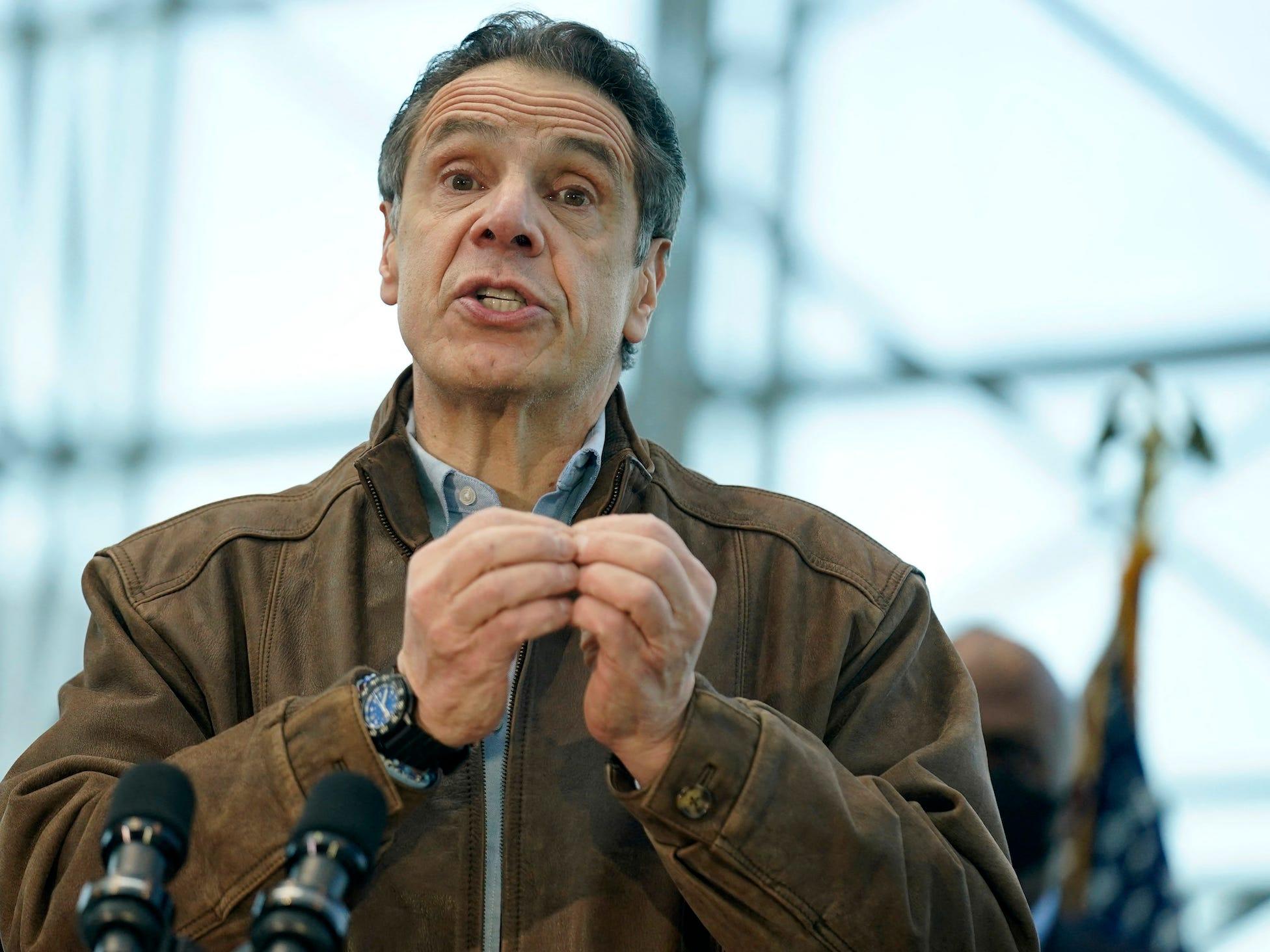 Andrew Cuomo would invite younger women on his staff to help with tech snafus, a new report says.

Two accusers were summoned over his iPhone’s Notes app, according to the Albany Times Union.

People who have worked with Cuomo told the outlet that younger women were also asked to perform “minimal clerical duties” like dictation.

New York Gov. Andrew Cuomo exhibited a pattern of asking younger women on his staff to assist him with minor tech issues, according to a new report from the Albany Times Union published Monday.

Jessica Westerman, the attorney for former Cuomo staffer Charlotte Bennett, told the Times Union that the governor called the 25-year-old into his office to help him navigate between his iPhone’s settings and Notes apps, which are normally clearly displayed on the device’s home screen.

This came a day after Cuomo reportedly quizzed Bennett on her sex life, including whether she would be open to sleeping with an older man.

Cuomo’s sixth accuser, a current staffer who is so far unnamed, was summoned to Cuomo’s private residence for a similar issue with his Notes app, according to a person briefed on her complaint who spoke with the Times Union on the condition of anonymity.

Senior Cuomo aides, however, told the Times Union that the governor is “notorious for his lack of technical proficiency – and that for years he has sought help from subordinates with his smartphones, computers and software.”

The governor had a penchant for hiring “attractive young women” who mostly performed “minimal clerical duties,” including dictation, and were “often given assignments that require one-on-one encounters with him,” according to several people who have worked with Cuomo and were interviewed for the Times Union story.

Women who worked for the governor have described feeling pressure to be well dressed whenever he was around, particularly by wearing high heels and makeup.

Cuomo continues to refuse to resign, despite most of New York’s congressional delegation, including its two senators, calling for him to step down.

A new poll released by Siena College on Monday showed Cuomo holding on to his base of support, with 61% approval among Black voters and half of those polled saying he should remain at his post. Just 35% of New Yorkers said he should resign.