British-Iranian woman back in court after 5 years in prison 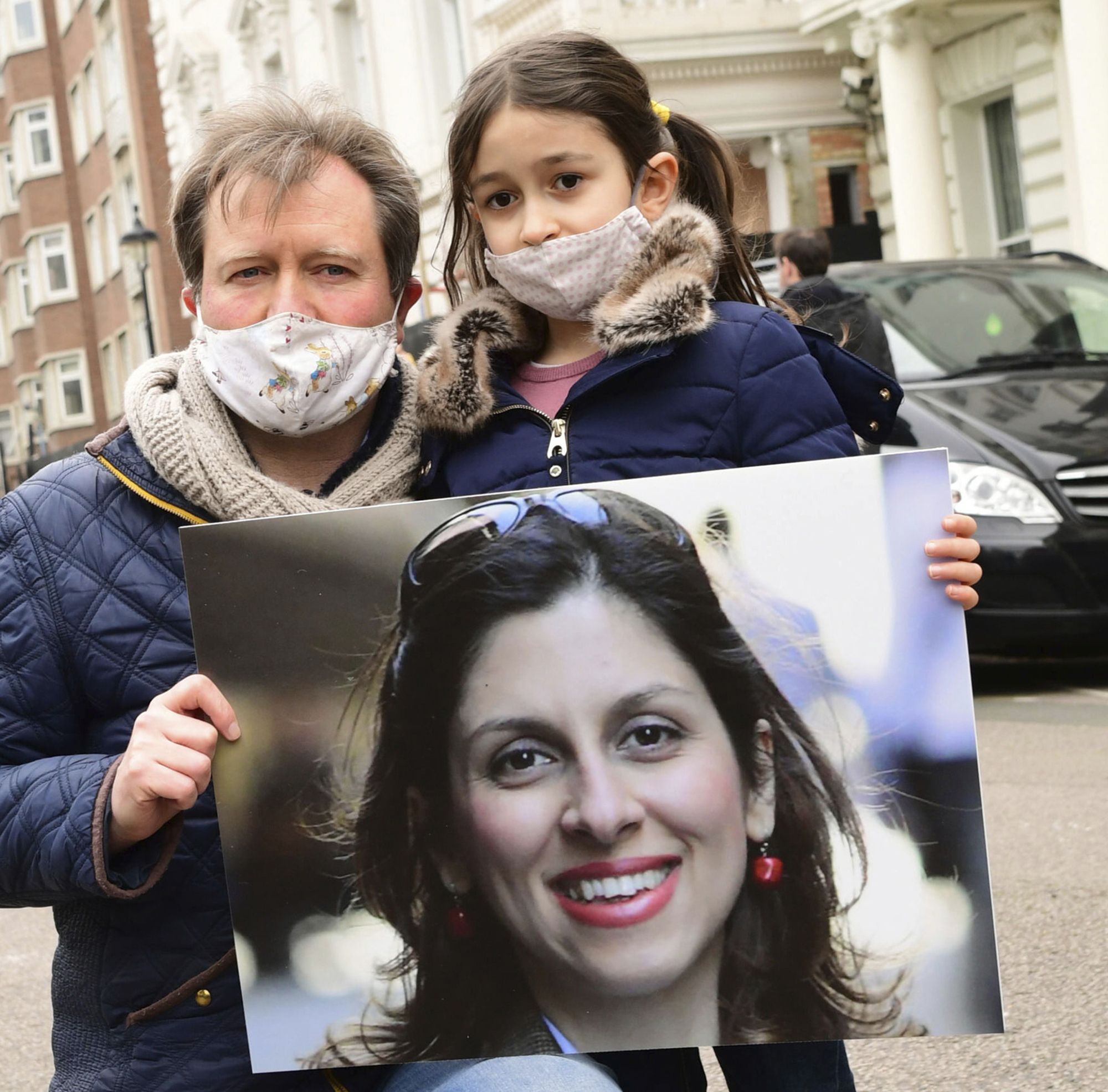 DUBAI, United Arab Emirates (AP) — A trial to present new charges against a British-Iranian woman detained for five years in Iran convened Sunday, her supporters said, casting uncertainty over her future following her release from prison.

Nazanin Zaghari-Ratcliffe appeared in court to face charges of “spreading propaganda against the regime,” said Richard Ratcliffe, who has outspokenly campaigned for his wife’s release.

Iranian authorities had introduced the new indictment months ago, but adjourned the trial until Zaghari-Ratcliffe completed her 5-year sentence on widely refuted spying charges last week. A verdict was expected within several days, he added.

“The charges are not particularly relevant since the point of reviving this case again last week was simply to hold Nazanin for leverage as negotiations with the UK have intensified,” said Ratcliffe.

The latest twist in Zaghari-Ratcliffe’s case comes as Britain and Iran negotiate a long-running dispute over a debt of some 400 million pounds ($530 million) owed to Tehran by London. Before the 1979 Islamic Revolution, the late Iranian Shah Mohammad Reza Pahlavi paid the sum for Chieftain tanks that were never delivered.

Zaghari-Ratcliffe, 42, was sentenced to five years in prison after being convicted of plotting the overthrow of Iran’s government, a charge that she, her supporters and rights groups deny. While employed at the Thomson Reuters Foundation, the charitable arm of the news agency, she was taken into custody at the Tehran airport in April 2016 as she was returning home to Britain after visiting family.

Throughout the years, Zaghari-Ratcliffe’s detention has sparked international outrage over Iran’s human rights record and strained ties between Britain and Iran. Now, a week after she was allowed to remove her ankle monitor and leave house arrest, she remains stuck, unable to fly home to her family in London. Authorities had released Zaghari-Ratcliffe from prison on furlough last March because of the surging coronavirus pandemic, and she had been detained in her parents’ Tehran home since.

Sunday morning’s hearing was brief, Ratcliffe said, noting that his wife appeared before a branch of the country’s Revolutionary Court in Tehran, where she was first sentenced to prison on murky espionage charges in 2017. Judge Abolghassem Salavati, who is known for his tough sentences and has heard other politically charged cases, “was calm and polite,” he said.

British Foreign Secretary Dominic Raab denounced the new case against Zaghari-Ratcliffe as “wholly arbitrary,” adding that “she must be allowed to return to her family in the UK without delay.”

Iranian state-run media did not immediately report the trial. But the country’s pro-reform Shargh daily said on its Telegram news channel that the final trial on propaganda charges had been held “in complete peace” in Tehran.

Zaghari-Ratcliffe was permitted to make a personal statement in which she denied the charges of spreading propaganda and requested a fair trial, Ratcliffe added.

Rights groups accuse Iran of holding dual-nationals as bargaining chips for money or influence in negotiations with the West, something Tehran denies. Iran does not recognize dual nationalities, so detainees like Zaghari-Ratcliffe cannot receive consular assistance. A U.N. panel has criticized what it describes as “an emerging pattern involving the arbitrary deprivation of liberty of dual nationals” in Iran.

Authorities in London and Tehran deny that Zaghari-Ratcliffe’s case is linked to the repayment deal for the non-delivery of tanks. But a prisoner exchange that freed four American citizens in 2016 saw the U.S. pay a similar sum to Iran the same day of their release.

In a call last week with Iranian President Hassan Rouhani, British Prime Minister Boris Johnson said he stressed that Zaghari-Ratcliffe’s “continued confinement remains completely unacceptable.” Iran’s readout of the same telephone call made no mention of Zaghari-Ratcliffe’s case, instead claiming that Johnson had emphasized to Rouhani “the need to repay the country’s debts to Iran.”

Zaghari-Ratcliffe’s case has also highlighted the dangers faced by detainees in Iran’s crowded prisons. The United Nations has reported that Zaghari-Ratcliffe’s treatment, including a denial of medical care, could amount to torture. Lumps in her breasts, as well as a painful neurological condition, have gone untreated.

REDRESS, a London-based human rights organization that helped campaign for Zaghari-Ratcliffe’s release, announced last week that it had commissioned an independent evaluation of her physical and psychological condition and found evidence of torture and mistreatment, the effects of which continue to plague her, it said.

Although Sunday’s hearing promised to be the last, the length of Zaghari-Ratcliffe’s detention remains unclear.

“I hope it is all done. I hope I’m not going to see them all again, and that this is the end,” Zaghari-Ratcliffe said in a statement after the hearing. “All we can do is wait.”