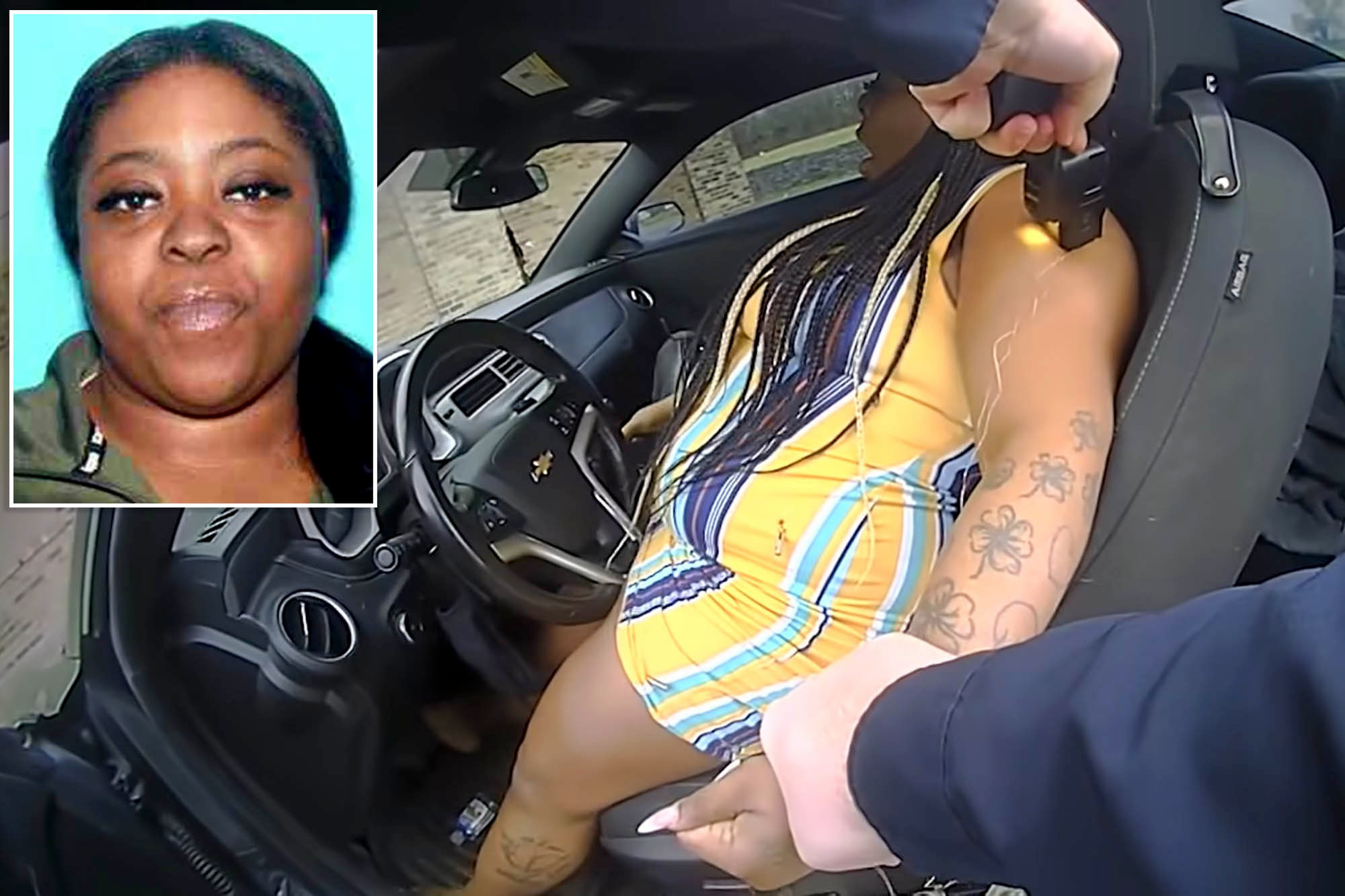 A woman in Tennessee was killed and a cop was rushed into surgery following a shootout in a parking lot, graphic video shows.

Footage of the Friday morning encounter between Metro Nashville Police Officer Josh Baker and Nika N. Holbert, 31, shows the 14-year veteran cop deploying his Taser on the woman while ordering her to get out of a car.

The officer seen tasing the woman before the deadly shootout.Metropolitan Nashville Police D

Baker then tries to take the woman into custody as she yells and reaches for a handgun, opening fire on the officer, who shot back and fatally wounded Holbert, the intense footage shows.

“Ma’am, you’re about to get tased,” Baker told Holbert as she began to run away as the officer tried to put her in handcuffs, according to the video. “Get down! Get down on the ground!”

Holbert, who was smoking a cigarette at the time, ignored the cop’s commands and got back into the car, where she was hit with the stun gun. She then screamed for help while struggling with Baker as she sat in the driver’s seat and appeared to reach for a weapon, the footage shows.

East Precinct Officer Josh Baker was shot in the torso on March 12, 2021 amid the shootout.Metropolitan Nashville Police D

Baker then falls to the ground after being shot and calls for backup, telling a dispatcher “shots fired” as Holbert drove off, the clip shows.

Holbert was later pronounced dead at a hospital, police said.

Baker, who was hit beneath his bullet-resistant vest, was in stable condition after undergoing surgery, police spokesman Don Aaron said in a video statement.

Holbert was pulled over after Baker noticed that the registered owner of the Chevrolet Camaro she was driving was wanted on several drug warrants. She was alone at the time, video shows.

After the shooting, Holbert tossed a semi-automatic pistol into the parking lot, where it was later recovered, Aaron said.

Holbert initially cooperated with Baker, but her “compliance changed” when the officer found what appeared to be marijuana and a white powdery substance in her bag, prompting him to try to detain her until backup arrived, Aaron said.

The Tennessee Bureau of Investigation and prosecutors from the Davidson County District Attorney’s Office are reviewing the fatal shooting, Aaron said.

“This investigation is at the early stages and will take time to complete,” Aaron said of the use-of-force probe.

Nashville’s mayor, John Cooper, said the confrontation is a reminder that being a “police officer anywhere can be a dangerous job,” The Tennessean reported.

“My thoughts and prayers are with Officer Baker and with the families of everyone involved,” Cooper said in a statement.

Meet the terrorists who scare Al-Qaeda