Pregnant women who eat a Mediterranean diet have children with a lower risk of obesity and weight gain, a study suggests 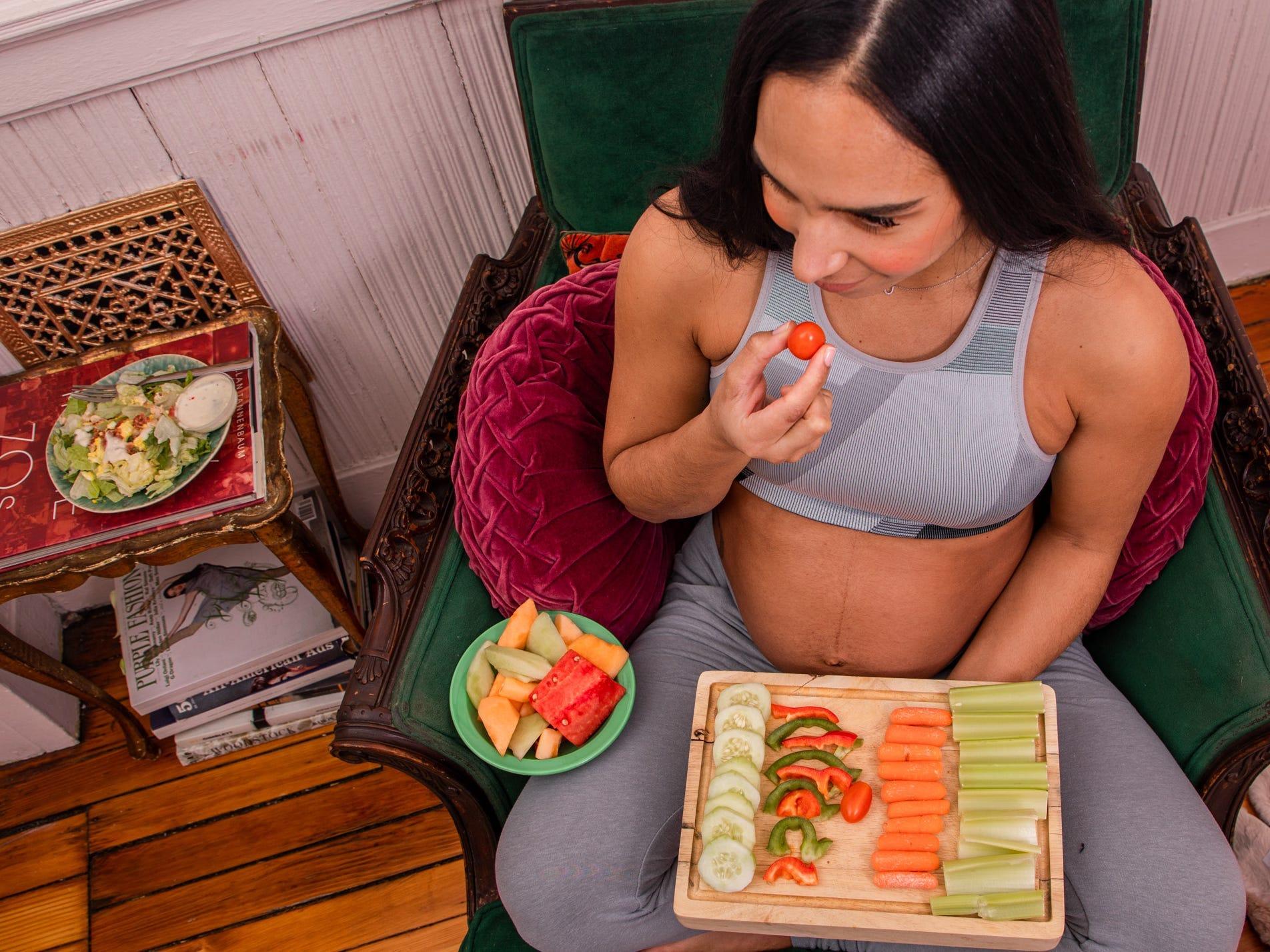 There’s a link between childhood obesity and a pregnant mother’s diet, a new study suggests.

Eating more veggies, fruit, fish, and whole grains may be healthier for the whole family.

Childhood obesity may start before a child is even born, new research suggests.

It’s not only what kids are eating these days that’s driving higher rates of obesity, but also what their parents eat during pregnancy, according to a study published March 15 in the American Journal of Clinical Nutrition.

Researchers from Harvard Medical School found that children are more likely to gain weight when mothers eat a diet high in processed foods and meats and low in produce, nuts, fish, and whole grains.

Analyzing data from 1,459 mother-child pairs from a Harvard study in eastern Massachusetts, researchers found that children gained weight more quickly between age three and age 10 if their mothers ate a lot of inflammatory foods during pregnancy. Foods were ranked on a scale, developed by the University of South Carolina, with saturated fat, trans fat, and cholesterol considered the most inflammatory. These compounds are found in foods like red meat, processed food, and dairy. In contrast, compounds like fiber, phytochemicals, and unsaturated fats were anti-inflammatory – these are common in foods like vegetables, fruit, fish, and whole grains.

These results suggest that a mother’s diet is important in understanding the health of growing kids.

“Research has shown that the foods that we eat during pregnancy may influence the metabolism of the growing child as well as their eating behaviors and food preferences,” Dr. Carmen Monthé-Drèze, lead author of the study and a neonatologist at Brigham and Women’s Hospital, said in a press release.

Mom’s diet could have long-lasting influence

It’s not clear from this study why maternal eating habits affect kids, although several factors are likely involved.

It could be that a more nutrient-rich diet during pregnancy has a physiological affect on the developing fetus, helping to kick-start a healthy metabolism. In the future, understanding this could help doctors recommend an optimal diet for pregnancy in the same way we now advise expecting moms to limit alcohol and caffeine.

It’s also likely that what parents eat during and after pregnancy is what they’ll be offering to their children at home. That means a healthier diet for parents will set a good example for kids, too.

The moms in the study who more closely followed an anti-inflammatory diet were also more likely to be well-educated, higher-income, and less likely to smoke or have obesity themselves.

Obesity has a strong genetic component, too, so parents that have obesity themselves are more likely to have children who are predisposed to gaining and maintaining a higher weight.

Data in this study also showed that children gained weight – and had a higher weight – through adolescence if their parents ate a diet that was furthest from the Mediterranean-style diet. These results suggest that more closely following Mediterranean eating habits could be beneficial. That includes eating plenty of plant foods and healthy fats such as fish and olive oil. These dietary habits are consistently backed by research to have benefits for healthier weight, healthier aging and lower risk of diseases, like diabetes.

“In particular, women who are pregnant or may become pregnant should consider a Mediterranean diet, which may not only benefit their own health, but may also help their child maintain a healthy weight,”Monthé-Drèze said.

Previous research has also suggested that a healthy Mediterranean diet can have a “halo effect,” with benefits extending to the whole household.

Springsteen on Alzheimer's: 'I've seen it …