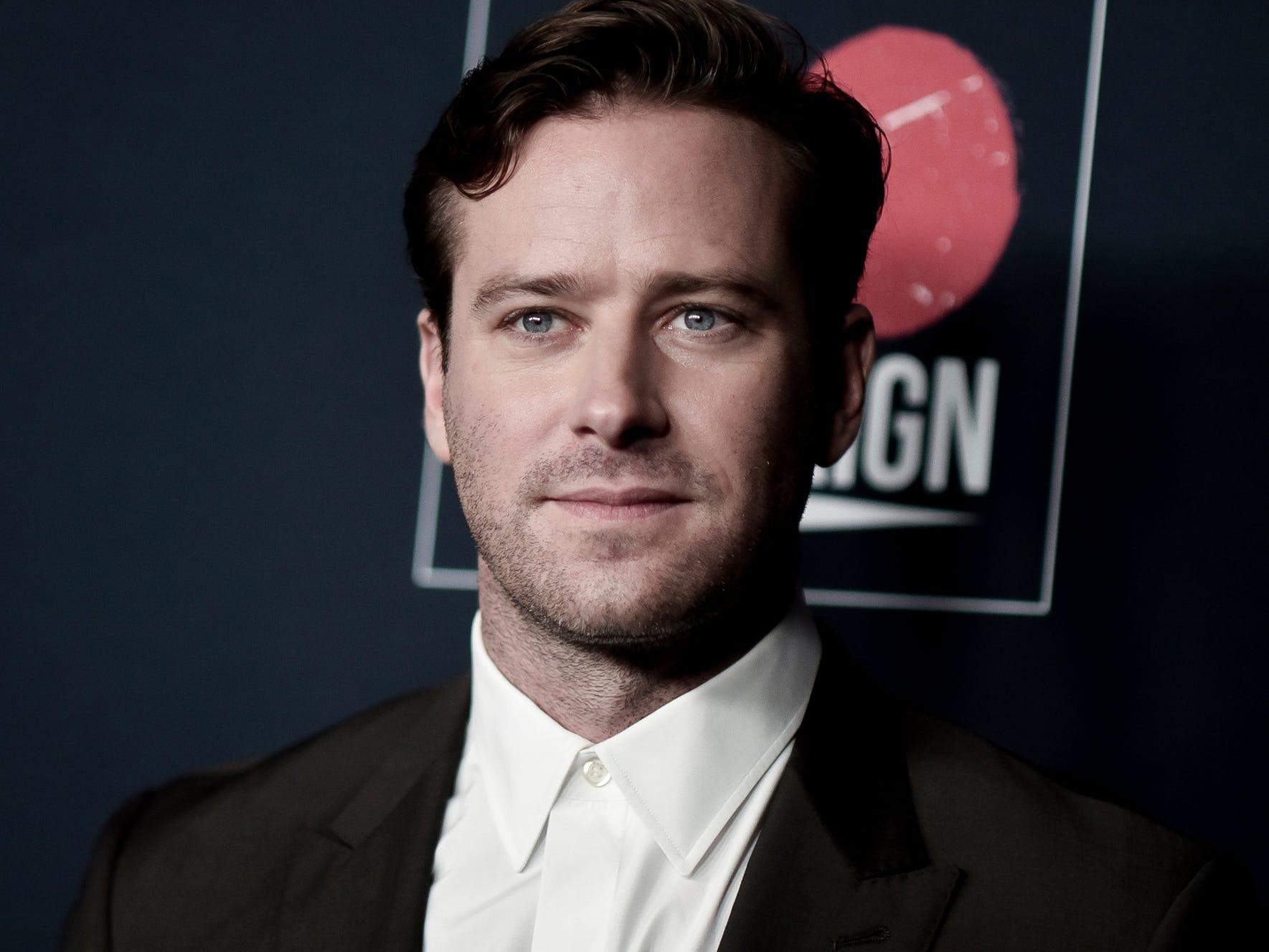 Armie Hammer was accused by a woman on Thursday of raping her for several hours.

Effie alleged Hammer also slammed her head against a wall during the 2017 assault.

Hammer’s lawyer told Insider that his relationship with Effie was “completely consensual.”

A woman has accused Armie Hammer of violently raping her for four hours and said she feared that the actor was going to kill her.

During a press conference on Thursday, the woman, who identified herself as Effie, alleged Hammer physically abused and sexually assaulted her over the course of their four-year relationship.

“I thought that he was going to kill me,” the 24-year-old said during the press conference, which she attended alongside her lawyer Gloria Allred.

“On April 24, 2017, Armie Hammer violently raped me for over four hours in Los Angeles,” Effie said, “during which he repeatedly slapped my head against a wall, bruising my face. He also committed other acts of violence against me to which I did not consent.”

Effie also alleged Hammer injured her feet during the attack so that she wouldn’t be able to escape and thwarted her other attempts to get away.

Hammer has starred in movies like “The Social Network.” Paul Bruinooge/Patrick McMullan via Getty Images

Hammer’s attorney Andrew Brettler denied the allegations in an emailed statement to Insider, which also disclosed Effie’s full name. Insider confirmed the woman’s identity but is choosing not to publish Effie’s last name, as she chose not to give it during her press conference.

“[Effie’s] own correspondence with Mr. Hammer undermines and refutes her outrageous allegations,” Brettler wrote. “As recently as July 18, 2020, [she] sent graphic texts to Mr. Hammer telling him what she wanted him to do to her. Mr. Hammer responded making it clear that he did not want to maintain that type of relationship with her.”

Brettler also included a screenshot in his email to Insider, which featured sexual text messages appearing to be from Effie sent to Hammer, who then declined her advances.

“From day one, Mr. Hammer has maintained that all of his interactions with [Effie] – and every other sexual partner of his for that matter – have been completely consensual, discussed and agreed upon in advance, and mutually participatory,” the statement said.

Brettler concluded by calling Effie’s accusations an “attention seeking and ill-advised legal bid” that “will only make it more difficult for real victims of sexual violence to get the justice they deserve.”

When reached for comment by Insider on Thursday, Allred rejected Brettler’s claims.

“I challenge Armie Hammer to present all, not some, of his communications with Effie to the Los Angeles Police Department and answer all of their questions directly rather than through his lawyers,” Allred wrote in an email.

She also included a photo that she said showed Effie and Hammer together. Allred said in an email Thursday that the two were photographed in Los Angeles “prior to the attack” in 2017.

Effie’s lawyer Gloria Allred provided Insider with this photo, which she says shows her client and Hammer together. Gloria Allred

Effie said in the press conference, which Insider obtained a transcript of, she met Hammer on Facebook in 2016, when she was 20, but alleged their relationship quickly spiraled into one in which Hammer abused her “mentally, emotionally and sexually.”

“Looking back, it is now clear to me he was employing manipulation tactics in order to exert control over me, until I started to lose myself,” Effie said, alleging that Hammer would regularly “test” her devotion to him “as he became increasingly more violent.”

According to a tweet by Greg Milam, the US correspondent for Sky News, the Los Angeles Police Department has “launched a sexual assault investigation over allegations of rape and assault made against the actor Armie Hammer.”

When reached by Insider, a spokesperson for the Los Angeles Police Department confirmed that Hammer “is the main suspect in an alleged sexual assault investigation initiated in February 3 of this year.”

Hammer began trending on social media in January after he was accused of sending NSFW direct messages that involved discussions of sexual acts and cannibalism. He then announced he was stepping down from a planned movie with Jennifer Lopez, “Shotgun Wedding.”

In a statement to Variety, the actor said then: “I’m not responding to these bulls— claims, but in light of the vicious and spurious online attacks against me, I cannot in good conscience now leave my children for 4 months to shoot a film in the Dominican Republic.”

Representatives for Hammer didn’t respond to Insider’s requests for comment on Thursday.

In the middle of the controversy, Hammer has been dropped by his agency WME, and his estranged wife, Elizabeth Chambers (who filed for divorce last year), said she was “shocked, heartbroken, and devastated” by the scandal.

Why Oprah's Meghan and Harry interview drew 17M US viewers