Mother of woman killed in Atlanta spa shootings is ‘lost’ 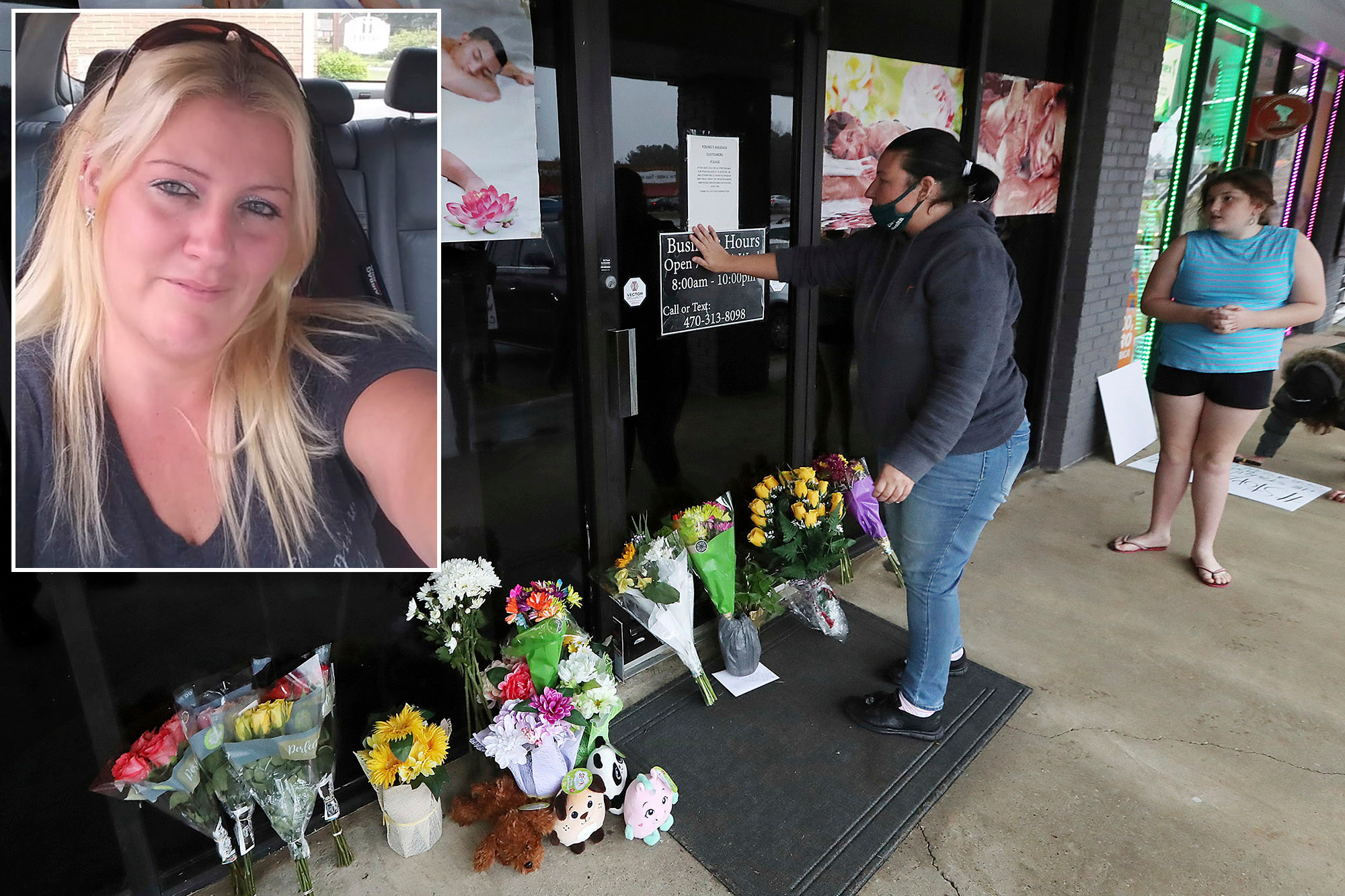 The mother of a Georgia woman killed in the Atlanta-area spa shootings while getting a massage with her husband expressed her anguish as she held a picture of her daughter close to her chest.

“I just wanna see her one more time and I don’t know if I’m ever gonna get to do that,” she told the outlet through tears.

Loved ones said Yaun and her husband were first-time customers at the parlor when Robert Aaron Long allegedly opened fire.

Elcias R. Hernandez-Ortiz, 30, was identified as the sole survivor of the shooting in Acworth.

A woman pays tribute to the four people who were killed at Young’s Asian Massage, including Delaina Ashley Yaun.Curtis Compton/Atlanta Journal-Constitution via AP

“He took mothers, families away that didn’t deserve. They’re innocent. They did nothing wrong and I just don’t understand why he took my daughter,” Rushing said.

Yaun’s sister Dana Toole said the slain woman’s husband, who was not injured, is “taking it hard.”

33-year-old Delaina Yaun was one of the four people killed at Youngs Asian Massage Parlor in Cherokee County, Georgia.Facebook

“He was there. He heard the gunshots and everything. You can’t escape that when you’re in a room and gunshots are flying — what do you do?” she told Fox 5 Atlanta.

Cindy Anderson, who lives nearby, was one of several people who placed flowers in front of the spa Wednesday in honor of the victims.

“I don’t care what you motive is, you don’t kill people. You go to counseling,” Anderson said.

Long has been with four counts of murder and one count of aggravated assault in connection to the shooting in Acworth.

He also faces charges in connection to two spa shootings in the Atlanta suburb of Buckhead — one at the Gold Spa and the other across the street at Armotherapy Spa.

Robert Aaron Long was arrested and was charged with eight counts of murder in connection with the shootings.Cherokee County Sheriff’s Office

Even though they’re glad Long has been captured, Yaun’s family says it doesn’t ease their pain.

“We don’t want to believe that she’s gone. Until then, we just want to hold each other up,” Toole said.