Woman poisoned ex with fentanyl, strangled him with ‘favorite tie’ 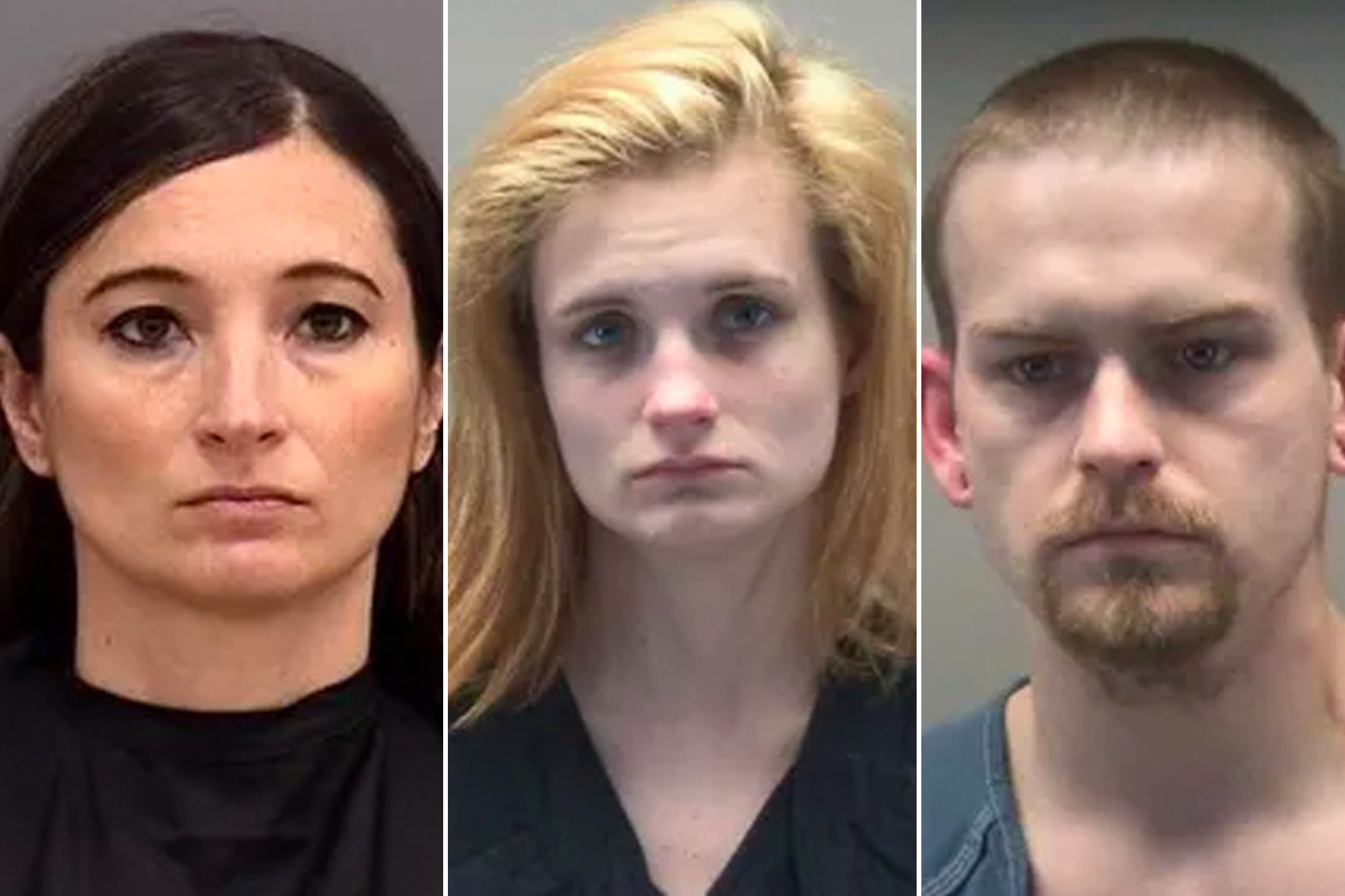 An Indiana woman has been charged with poisoning her ex-boyfriend by putting fentanyl in his oatmeal and then strangling him with his “favorite tie,” authorities said.

Heidi Marie Littlefield, 41, was charged on Thursday after repeatedly trying to poison her ex Francis Kelley after unsuccessfully hiring her 22-year-old daughter’s boyfriend to kill the man, the Indianapolis Star reported.

Littlefiel,d along with daughter Logan Marie Runyon and Runyon’s boyfriend, Robert James Walker, 29, were all busted in connection with the Jan. 18 murder-for-hire plot.

Kelley — who was mired in a custody battle with Littlefield regarding their 2-year-old daughter — was found dead on the couch of his Carmel home.

He had bruising around his eyes, elbows, knees and hand, but “no obvious signs of foul play” were spotted. A bag of cocaine was also discovered beneath a couch, a probable cause affidavit shows.

An autopsy revealed Kelley had been strangled and suffered blunt-force trauma to his head. His death was ruled a homicide after investigators also discovered fentanyl in his system.

Phone records showed that Kelley suspected Littlefield had a hand in the fentanyl poisoning.

“Did you do something to the oatmeal that was in my fridge?” Kelley texted Littlefield three days before he was found dead. “You were in my fridge last night and it tasted funny after a couple bites and now I am light-headed.”

Walker, who was arrested Tuesday in Ohio, told police Littlefield paid him $2,500 to hire someone to kill Kelley, but said he spent it on drugs and had no intention of carrying out the slaying, court records show.

“He’s better off dead,” Littlefield told a relative after Kelley was found, court records show. “I didn’t mean to kill him last time. I might as well say I did it and just say I’m crazy and pregnant.”

Walker told cops the January killing was actually Littlefield’s third try at killing her ex, claiming she had snuck in Kelley’s home with their daughter in October and put fentanyl in his miso soup, the Indianapolis Star reported.

Walker claimed Runyon told him that she and Littlefield got into Kelley’s house after he ate the laced oatmeal to finish off the planned slaying, authorities said.

“Walker advised Heidi tried to get Logan to ‘snap his neck,’ but Logan couldn’t do it, so Heidi then tied his ‘his favorite’ tie around his neck and began smashing his head into the ground,” the affidavit states.

Kelley and Littlefield were scheduled to appear in court on Jan. 27 after he allegedly violated a custody order involving their 2-year-old daughter, WISH reported.

Walker said Littlefield had discussed with him “doing work around her house,” which they used as code for their plan to kill Kelley, court documents show.

Walker claimed Littlefield also tried to get Runyon to “take the blame for the whole case,” which the woman’s daughter told him she planned to do, the affidavit shows.

“Walker advised he recalled Heidi asking Logan if Logan ‘was cool with going to prison’ for the rest of her life,” investigators wrote.

Littlefield, of Sheridan, had her initial court appearance Friday. She was ordered held without bond ahead of her June 15 pretrial hearing. Runyon and Walker, both of Englewood, Ohio, did not have initial court dates listed as of Friday, WISH reported.

'This is not what America is': Afghan interpreter has message to countrymen