UK police watchdog says officers were ‘calm and professional’ at Sarah Everard’s vigil, where they were seen shoving and arresting women 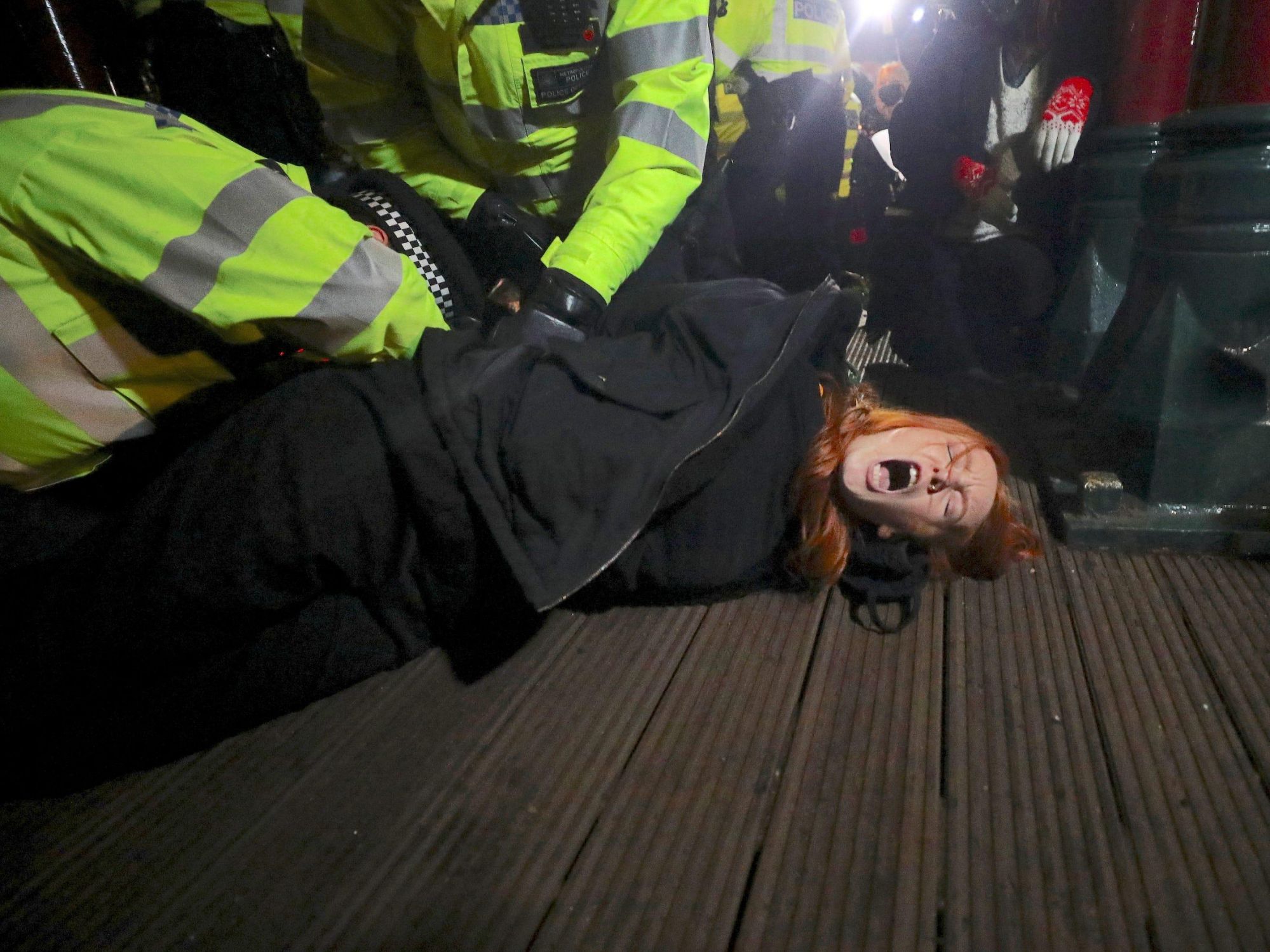 Scenes at the vigil for Sarah Everard. Getty

Everard was killed after she went missing in early March, sparking anger over violence against women.

A police watchdog said that London police “acted appropriately” as they shoved and arrested attendees at a vigil for Sarah Everard.

A report from Her Majesty’s Inspectorate of Constabulary and Fire and Rescue Services, published Tuesday, said that Metropolitan Police officers had properly policed the event, despite widespread criticism over how they handled it.

The report said that:

“Police officers at the vigil did their best to peacefully disperse the crowd.”

“Police officers remained calm and professional when subjected to abuse.”

“Police officers did not act inappropriately or in a heavy-handed manner.”

Everard went missing while walking home from a friend’s house in south London on March 3. She was last seen on surveillance footage on a busy street at around 9:30 p.m.

A serving police officer was arrested on suspicion of her kidnap and murder in the days following, and on March 13, authorities said they had identified human remains found in a wooded area as Everard’s.

The vigil was held in London’s Clapham Common, near where Everard disappeared, the same day her remains were found. The Met Police had banned the event, citing coronavirus concerns, but it went on anyway.

The vigil started peacefully, but attendees said that it was over-policed and clashes began.

Photo and video footage showed officers shoving and arresting women at the event.

But the Tuesday report said: “The Metropolitan Police was justified in adopting the view that the risks of transmitting COVID-19 at the vigil were too great to ignore when planning for and policing the event.”

It did add, however, that there was “insufficient communication between police commanders about changing events on the ground.”

It added that “public confidence in the Metropolitan Police suffered as a result of the vigil, and that given the impact of images of women under arrest – which were widely disseminated on social media – a more conciliatory response after the event might have served the Met’s interests better.”

Everard’s death sparked other demonstrations in the city and renewed conversations about male violence against women in the UK.

Police officer Wayne Couzens was charged with Everard’s kidnapping and murder, and is due to stand trial later this year.