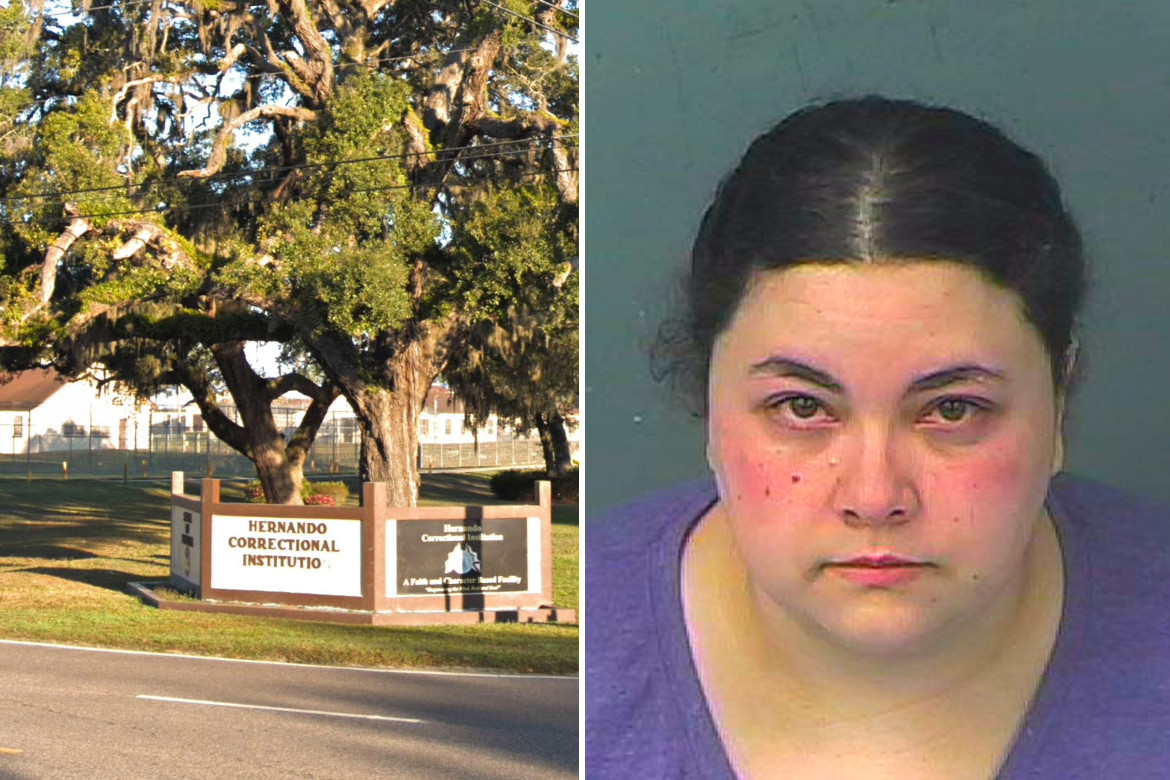 A Florida woman sent nude photos and videos to a mentally ill New York teen and lured him to her home to have sex, officials said.

Kelley Gaudette, 32, was arrested Monday by deputies some 10 months after the 15-year-old teen she met in an online chatroom for depression was found at her Brooksville residence, the Hernando County Sheriff’s Office said Wednesday.

The teen, last spotted at his New York home on May 24, texted his mother a day later to say he was at a gated community called either “Brooksville” or “Brooksridge,” officials said.

A friend of the teen told cops in New York the juvenile paid someone to drive him to Florida to meet a woman he previously met online. The 15-year-old was then located on May 26 by Hernando County deputies at Gaudette’s home, where she initially denied knowing his whereabouts.

“Gaudette eventually went into the house and had the juvenile come to the door to speak to the deputy,” sheriff officials said in a statement. “Upon speaking to the juvenile, the deputy noted the teen appeared to have hickeys on his neck.”

The teen told deputies Gaudette had paid a friend to drive him to Florida and also bought him a cellphone so they could communicate.

The victim also said he was trying to escape a verbally abusive living situation in New York while claiming his mother told him he could travel to Florida. The woman told investigators her son had been treated for mental illness and didn’t have his medication, sheriff officials said.

The teen was then taken from Gaudette’s home to a facility until his mother could pick him up. He denied having a sexual relationship with the woman, as did Gaudette, who claimed she considered the teen as a son, offered him a place to stay and paid a friend to drive him to Florida.

But the teen’s mother found text messages in June indicating the pair had a sexual relationship, as well as her son’s thumbdrive in July that contained nude images and videos of Gaudette, sheriff officials said.

The teen admitted earlier this month to authorities in New York that Gaudette sent him explicit photos and videos using an online app. He also said the pair started a sexual relationship when he arrived at her home, authorities said.

Gaudette, who has denied any sexual contact with the teen, is facing charges of lewd and lascivious battery, traveling to meet a minor, unlawful use of a two-way communication device and transmission of harmful materials to a minor using an electronic device.