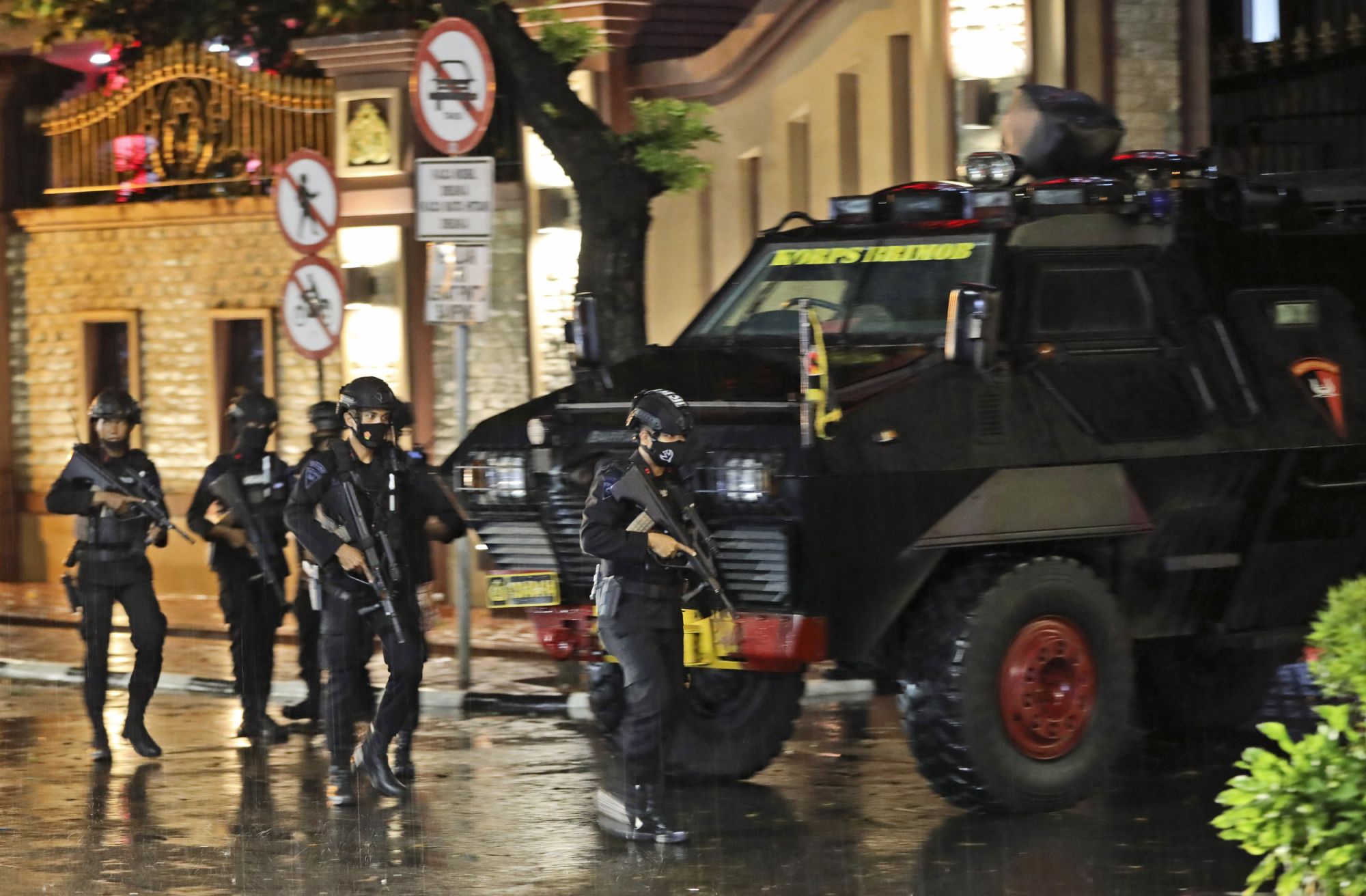 JAKARTA, Indonesia (AP) — A woman entered the Indonesian National Police Headquarters in Jakarta and pointed a gun at several officers before being shot dead by police, in the latest in a series of suspected militant attacks in the world’s most populous Muslim nation.

Authorities had earlier imposed a counterterrorism crackdown and were on heightened alert for possible attacks against police and places of worship following a suicide bombing at a Roman Catholic cathedral during Palm Sunday Mass on Sulawesi island which wounded at least 20 people.

Television video on Wednesday showed an unidentified woman wearing a long black robe and a blue veil walking near a parking lot at the police headquarters toward the police chief’s office building. She pointed a gun at several police officers before being shot dead by other officers.

A bomb squad member approached her body, which was lying in the rain with the gun nearby, and determined there were no dangerous materials in the area before the body was removed.

There was no immediate statement from police about the incident.

On Sunday, a recently married couple with suspected militant links used pressure cooker bombs to blow themselves up outside the Sacred Heart of Jesus Cathedral in Makassar, the capital of South Sulawesi island.

The attackers detonated their bombs when they were confronted by guards outside the church.

They were believed to have been members of Jemaah Anshorut Daulah, which has pledged allegiance to the Islamic State group and carried out a series of suicide bombings in Indonesia.

They included a 2016 Starbucks attack in Jakarta which killed four civilians and four militants, an attack on a bus terminal in the capital that killed three police officers, and an attack on a church in Kalimantan that killed a 2-year-old girl a year later. Several other children suffered serious burns in the Kalimantan attack.

Indonesia’s last major militant attack was in May 2018, when two families carried out suicide bombings on churches in Surabaya, killing a dozen people including two young girls whose parents involved them in one of the attacks. Police said the father was the leader of a local affiliate of Jemaah Anshorut Daulah.

Indonesia has been battling militants since the Jemaah Islamiyah group carried out bombings on the resort island of Bali in 2002 that killed 202 people, mostly foreign tourists. Attacks aimed at foreigners have been largely replaced in recent years by smaller, less deadly strikes targeting the government, police and anti-terrorism forces and people militants consider to be infidels.

Since the arrest in December of Jemaah Islamiyah leader Aris Sumarsono, also known as Zulkarnaen, the counterterrorism squad has arrested more than 70 suspects, including 19 in Makassar.

Jemaah Islamiyah was once considered the preeminent terror network in Southeast Asia, but has been weakened over the past decade by a sustained crackdown. In recent years, a new threat has emerged in militants who fought with the Islamic State group in Iraq and Syria and returned to Indonesia or those inspired by the group’s attacks abroad.

New Study Finds Yet Another Health Benefit Of The COVID Vaccine

'The standard of food here is so high'