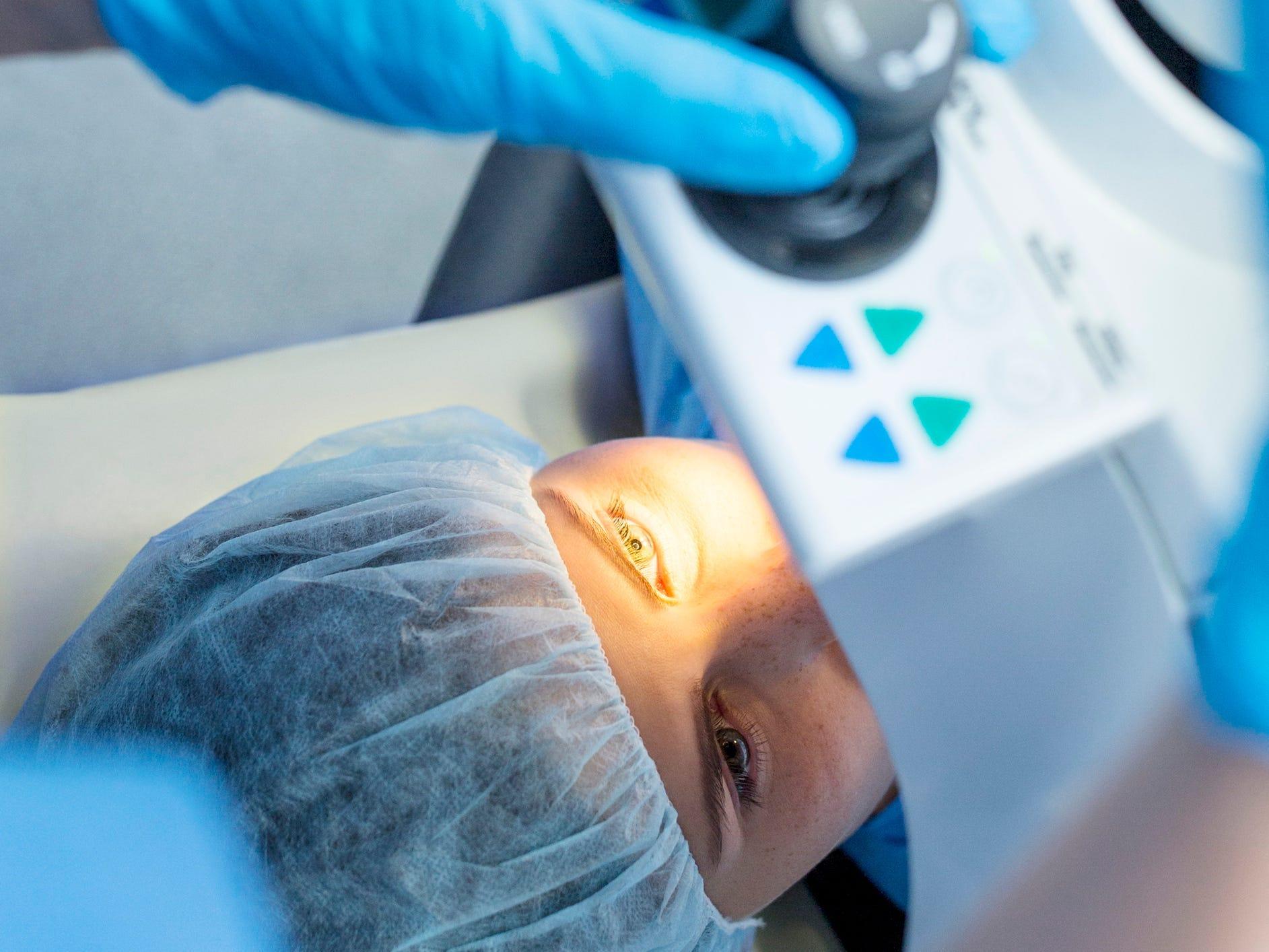 A woman in Australia says she was left with permanent chronic eye pain after undergoing laser eye surgery.

She said she was told to drink alcohol before the procedure by her doctor.

Erin Orchard told the publication she wanted to be lens-free for her wedding that same year.

Before the procedure, Orchard said she was feeling nervous because laser eye surgeries needs to take place while a patient is awake. Her surgeon instructed her to drink alcohol to calm her nerves before going in, she said.

Once in the operating room, Orchard said she suffered a panic attack. Despite asking the surgeon numerous times to stop, she said a staff member held her down while the operation continued for another 15 minutes.

“I left the clinic, still quite shaken,” Orchard told BuzzFeed.

Normally, it takes three to five days to heal from photorefractive keratectomy (PKR) laser eye surgery. About three days after her procedure, Orchard said she felt like there was hot glass being shoved into her eyes.

She said simple things like blinking, air blowing into her eyes, and moving her eyes would make her collapse. Light burned her eyes, forcing her partner to cover all of the windows in their apartment, she said.

When she went in to see her doctor to figure out where the pain was coming from, the visit only made her more fearful, she said.

“During this appointment he consumed alcohol (both vodka and wine) whilst in the process of using equipment to test my eyes and treating me with medicated eye drops,” Orchard told BuzzFeed. “He told me multiple times not to report him or tell anyone.”

“It feels like my eyes are on fire. It feels like they’re burning,” Orchard said on TikTok, where the Australia-based content creator documents her medical journey.

According to the American Academy of Ophthalmology, neuropathic corneal pain is a condition in which a patient experiences over sensitivity in the eyes, face, or head due to nerve damage and swelling in the cornea. Orchard says the symptoms are debilitating and that she can no longer hold a full-time job and has postponed her family-building plans due to her chronic pain.

“I often find myself bursting into tears when someone posts a pregnancy announcement on social media,” Orchard said. “To make matters worse, crying increases my eye pain.”

It’s rare for people who go through laser eye surgery to have complications, but when they do, they are debilitating

According to the American Refractive Surgery Council, LASIK surgery – a popular form of laser eye surgery – has a 96% success rate.

Those who are left with lasting side effects, like Orchard says she has, may have permanent changes like chronic pain, blurred vision, and permanent loss of sight.

Experts say the chance of someone developing these side effects is incredibly rare, however.