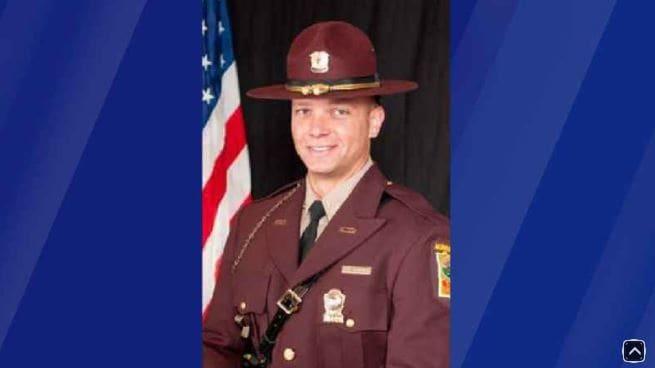 Former Minnesota state trooper Albert Kuehne has pleaded guilty to unlawfully obtaining the private photos of a 25 year-old woman during an arrest made last year. This week, 34 year-old Kuehne pleaded guilty to the “nonconsensual dissemination of private sexual images” for which he is likely to receive two years of probation, NBC News reports.

Last March, Kuehne detained an unnamed woman who was suspected of driving while intoxicated after a crash near Minneapolis’s Cedar Avenue and Interstate 94. While the woman was being examined by medical staff on the scene, Kuehne obtained her cell phone and scrolled through her photos without permission.

The former state trooper then texted three photos to himself and deleted the texts from the victim’s phone — two of them showed the woman’s exposed breast, according to the Washington Post.

Although there was no evidence of the sent texts on the cell phone itself, the victim’s boyfriend discovered them on a Mac laptop that was synched and called the recipient number, which was Kuehne’s. The former state trooper originally received felony charges of “harassment with bias” which could carry up to five years in prison, but his plea deal cooperation means he will receive a lighter sentence.

“We hold troopers to a high standard and the conduct outlined in this complaint is reprehensible and inconsistent with the core values of the Minnesota State Patrol,” said Col. Matt Langer in a statement to KSTP.

Kuehne, who is also an Army Reserves veteran was fired from the force last October and the Minnesota Peace Officer Standards and Training (POST) Board confirmed to KSTP that he no longer has an active law enforcement license in Minnesota.

In 2018, Kuehne was also suspended after pursuing an 80 mph high-speed chase in northern Minneapolis that resulted in three small children being hit by a car; all of the children miraculously survived but the incident caused the Hennepin County Attorney General to question Kuehne’s judgment.

“Officer Albert Kuehne detained a woman on suspicion of drunk driving, searched through her phone & sent himself NUDE photos of her while she was getting checked out by paramedics! He must be held accountable to the fullest extent of the law!” tweeted civil rights attorney Ben Crump on Thursday.

“Minnesota State Trooper Albert Kuehne, who will be sentenced later this month, is also an Army reservist. After her arrest, she found her explicit photos sent to a strange number. A state trooper answered the line,” tweeted Washington Post editor Gina Harkins on Thursday.

Kuehne has a veterans court hearing scheduled for next Monday and is expected to be sentenced later in June.