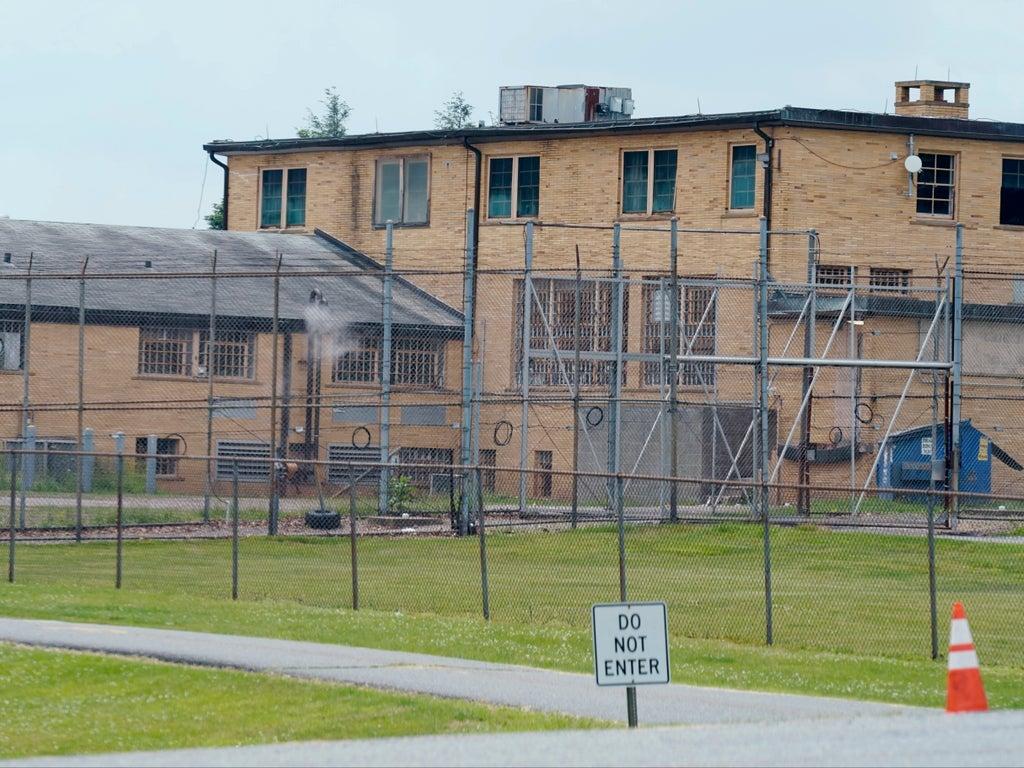 High fences surround buildings on the grounds of the Edna Mahan Correctional Facility for Women in Clinton, New Jersey (AP)

New Jersey will close its only women’s prison following a “long history of abusive incidents,” according to the state’s Governor Phil Murphy.

The governor said the closure would be a “multi-year process” that would result in the total closure of the Edna Mahan Correctional Facility for Women.

The Hill reports that the women currently housed at the facility will be moved to other prisons throughout the state.

The plans to close the prison came after a 73-page investigative report probing a series of violent “cell extractions” that occurred on 11 January.

The incident resulted in the suspension of 31 prison staff at the facility, and involved officers who used “excessive force, resulting in serious physical injuries to multiple inmates.”

One inmate accused an officer of sexually assaulting her during the “extractions.”

The mother of another inmate, a transgender woman, claimed guards handcuffed and beat her, breaking her knee in the process, which forced the woman into a wheelchair.

The report was highly redacted upon being released to the public and concluded that the prison’s staff failed to justify the cell extractions with any kind of policy.

According to the report, the staff failed to “prevent male viewing of inmate strip searches,” despite that practice being recommended by the New Jersey Department of Corrections.

Mr Murphy issued a statement concerning the findings, saying he was “deeply disturbed and disgusted by the horrific attacks that took place on 11 January.”

“Individuals in state custody deserve to be treated with dignity and respect, and the officers involved in this incident, both directly and indirectly, abused their power to send a message that they were in charge,” he said. “The excessive use of force, as outlined in the report, cannot and will not be tolerated by my Administration.”

The governor said the state had to “commit ourselves to completely breaking this pattern of misconduct” to ensure the state’s incarcerated women are not abused.

“After reading the report and its recommendations, I have decided that the only path forward is to responsibly close the facility,” he said.