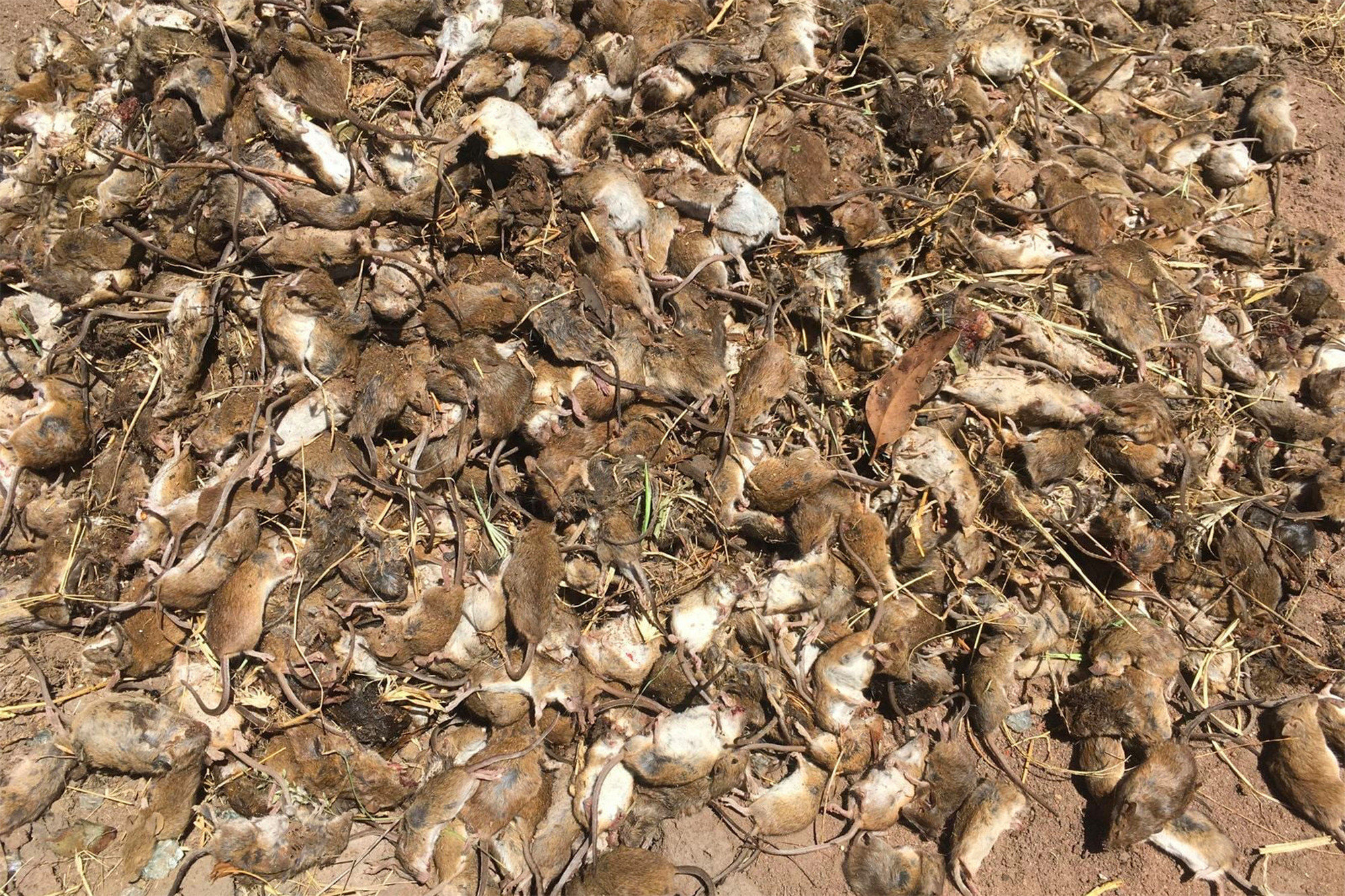 These mice blind you.

Just in case the ongoing Australian rodent plague wasn’t horrifying enough, a farmer’s wife was hospitalized after she awoke to a mouse eating her eyeball, the Sun reported Monday.

She is one of the many victims of the unprecedented pestilence, which has seen millions of the furry vermin wreak havoc on communities from Brisbane to Melbourne.

In another stomach-churning incident last month, a farmer felt a mouse scurry across his face as he slept.

“I felt a tickly, furry sensation as it crawled from behind my ear across my cheek,” Narromine’s Mick Harris told the UK’s Times of the revolting wakeup call. “It made my skin crawl. My hair stood up and I jumped out of bed.”

The 35-year-old farming consultant added, “For the rest of the night I didn’t sleep a wink — until I caught the mouse in a trap under the bed.”

Just weeks earlier, his wife experienced a similar horror after she was woken up by one of the pests chewing on her wedding ring finger.

Harris lamented, “We’ve got two young kids. It does make you worry that when they wake up crying it’s because they have a mouse in their bed.”

Eric Fishpool lifts a tarpaulin covering stored grain as mice scurry around on his farm near Tottenham, Australia on May 19, 2021. AP

These rodent run-ins are more than just disgusting. They also have the potential to spread disease: One hotel owner nearly died after contracting leptospirosis, a bacterial infection that is found in the rodents’ urine.

The mice have also caused hundreds of thousands of dollars worth of crop damage, sparked fires by gnawing through electrical cords — and even begun cannibalizing themselves.

“The mice are into everything,” Xavier Martin, the vice president of the New South Wales Farmers’ Association, told ITV News. “If I walk out of the door there now and stand still they’ll climb out the outside of my trousers and inside of my trousers, they’re just running about everywhere.

“They’ve taken over a lot of our homes, our sheds, our vehicles, our tractors,” he added.

Meanwhile, Australian inmates and staff were forced to evacuate a prison last month after their facility was put under mouse arrest.

The infestation has gotten so bad that fed-up Aussies are calling for the scourge to be declared a “natural disaster” so they can collect insurance payouts for any mouse-induced damage, which in many cases, isn’t covered, the Daily Star reported.

Hank, a working dog turned mouser, drops a mouse he caught on a farm near Tottenham, Australia on May 19, 2021.AP

If that wasn’t disastrous enough, the hairy hordes could give rise to a plague of venomous snakes looking to capitalize on the glut. While the serpents may mitigate the menace, they could ultimately pose a bigger threat as 100 species of snakes in Australia are venomous and deadly to humans.

In an attempt to prevent a prolonged “plague event,” the New South Wales government has procured 5,000 liters of the rodenticide bromadiolone, which is currently prohibited for agricultural use nationwide, the Sun reported.

Woman’s bid to save pet rejected before remaining condo razed