Woman’s bid to save pet rejected before remaining condo razed 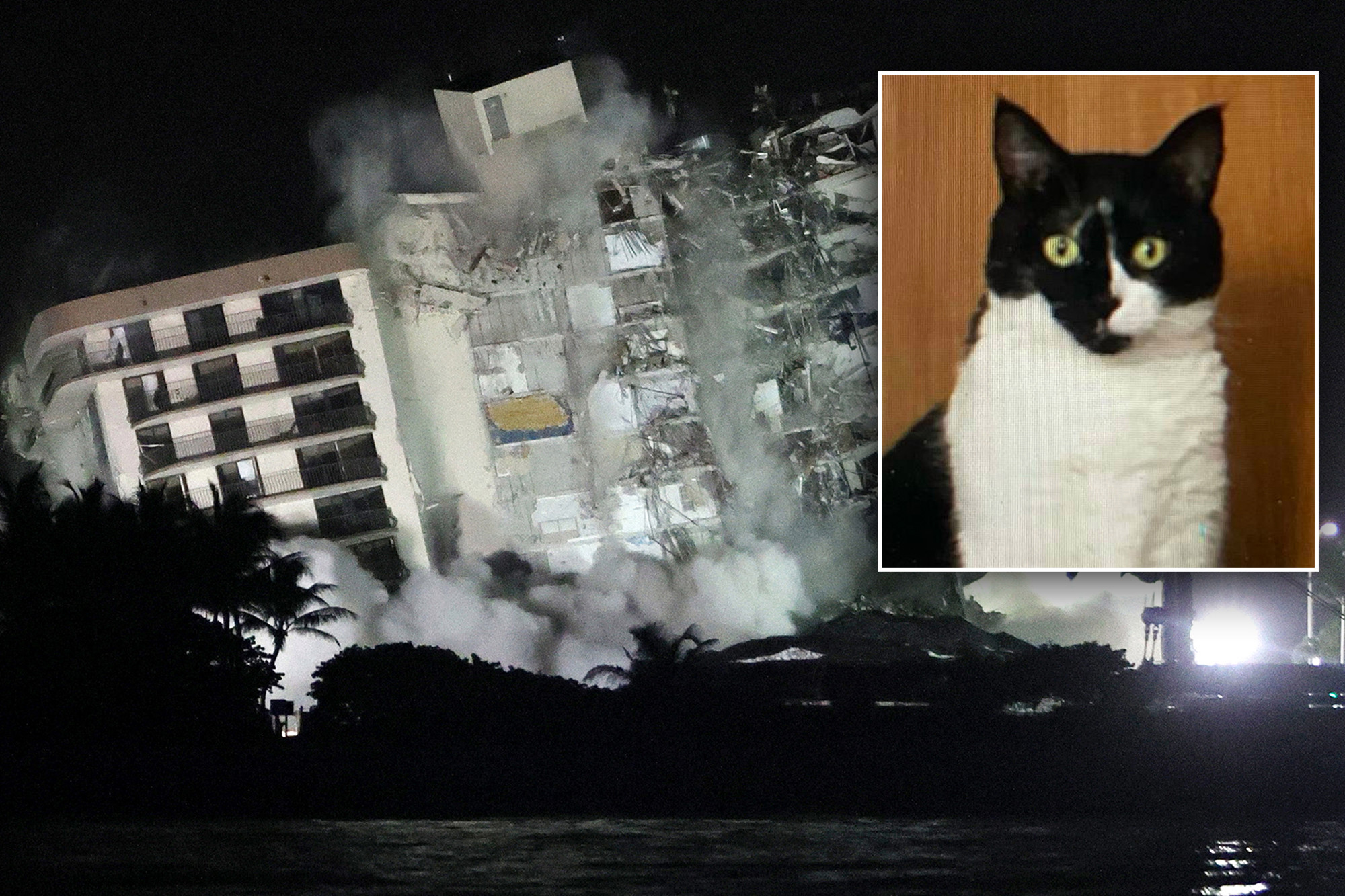 A woman filed an emergency petition with a court to save a stranded pet from the remaining portion of the collapsed Florida condo building – but it was denied and the structure was razed an hour later.

Attorney Paula Phillips filed the request in Miami-Dade Circuit at 9:30 p.m. Sunday on behalf of Stacey Karron, a paralegal and animal rescue volunteer who sought to enter the doomed building to save the animal, the Miami Herald reported.

The motion stated that Karron would have released anyone from liability had she injured herself trying to get the animal, a rescue and emotional support pet for its owner, according to the paper.

The name of the stranded pet was not mentioned in a hearing or the motion, but it may be a cat named Coco who lived in a fourth-floor unit with a 89-year-old woman and her daughter, according to the Herald.

Firefighters tried to rescue Coco, but could not, so they used a cherry picker to leave food and water for the pet.

The standing portion of Champlain Towers South is destroyed in a controlled demolition.Joe Raedle/Getty Images

But Judge Michael Hanzman turned down the request shortly before the standing portion of Champlain Towers South building in Surfside was brought down in a controlled demolition.

In rejecting Karron’s motion, Hanzman said it is not the court’s prerogative to second- guess the decisions of authorities at the scene.

The decision to demolish the Surfside building came after concerns mounted that the damaged structure was at risk of falling.Joe Raedle/Getty Images

“Despite these Herculean efforts and the tireless, daunting work that has been done, there is going to be loss of life here,” Hanzman said. “Loss of human life and animal life.”

Karron, 57, told the Herald: “My goal was just to go down there and try and rescue any pets if I was allowed. I have experience with animal rescue and I volunteered to go in.”

She said she had been unable to speak directly with any residents who had left their pets behind.

“Nobody came forward. I guess they didn’t want to go back in the building. It was too traumatizing,” Karron told the outlet.

Miami-Dade County Attorney Dave Murray strongly opposed Karron’s motion, saying:
“This is not a case where the county has sat on their hands.”

He said that at the time of the hearing, the building was loaded with explosives — and in order for Karron to go back in rescue workers would have had to further risk their lives by checking on the charges.

Murray added that the county had made several efforts to rescue any surviving animals since the June 24 collapse, the paper reported.

Pet owners had asked for the demolition to be delayed until any animals who might still be alive there were rescued. An online petition amassed thousands of signatures, but to no avail.

The motion stated that Stacey Karron would have released anyone from liability had she injured herself trying to get the animal.AFP via Getty Images

The remaining portion of Champlain Towers demolished Sunday night to allow rescuers to resume their search for possible survivors ahead of the expected effects from Tropical Storm Elsa.

A Missouri nurse lost her baby to Covid. She’s fighting for pregnant women to get vaccinated.