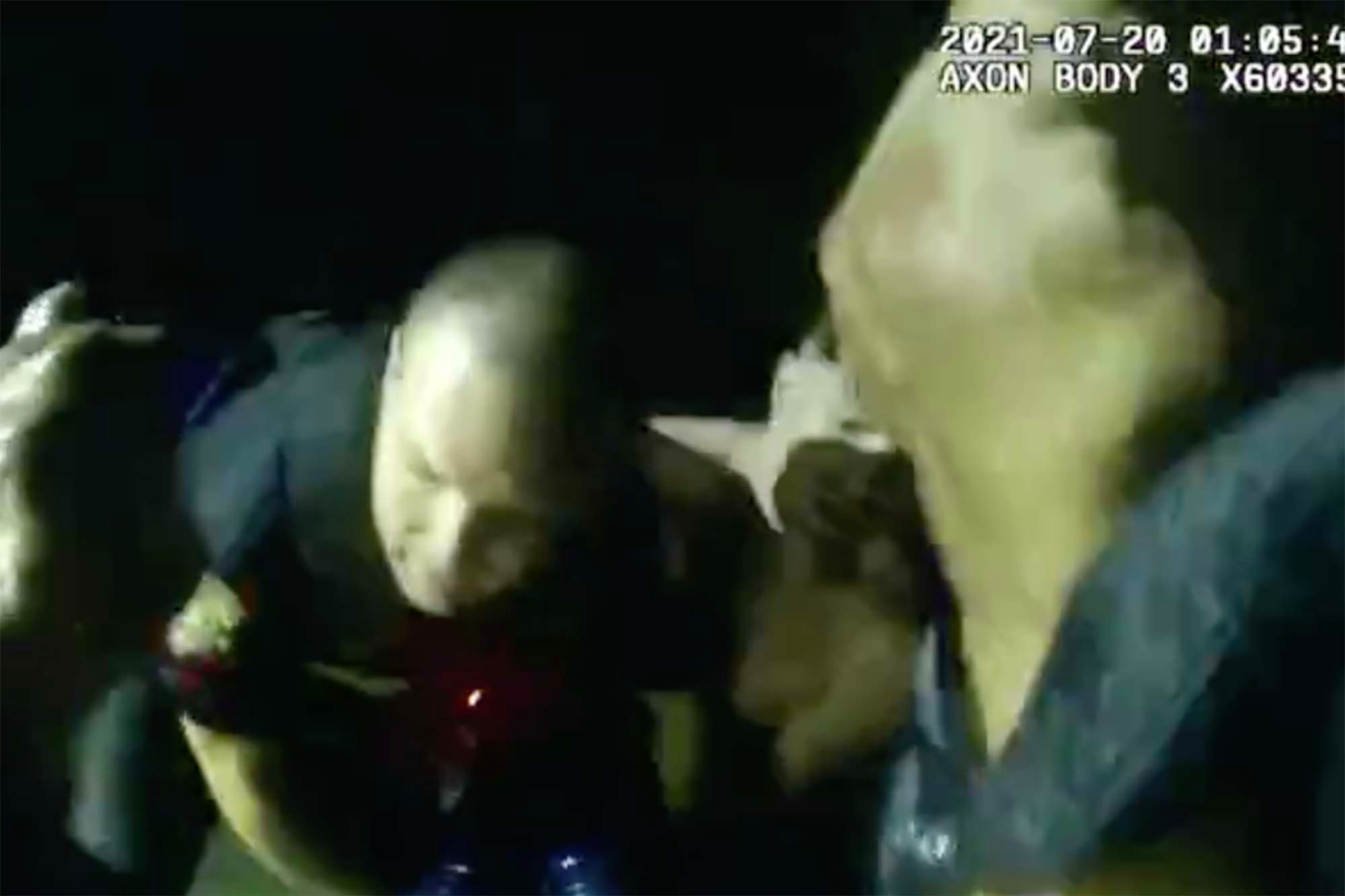 Dramatic police bodycam footage shows the frenzied rescue of an unconscious woman from a submerged car in Florida – and police rushing to give her CPR back on dry land.

The rescue came after 2013 Hyundai veered off the Eau Gallie causeway and plunged into the Indian River in Melbourne around 1 a.m. on Tuesday, according to a press release and media reports.

The video shows an officer wade into the Indian River Tuesday toward a flipped Hyundai whose passenger side is entirely under water. The cop was identified in a press release as Officer Peter Dolci, who had been flagged down by a witness while he was doing a traffic stop nearby.

A shirtless man who appears to be a good Samaritan is crouched in the water partially inside of the vehicle, holding the woman’s head above water and pleading for help, the video shows.

“Can you get this glass broken?” the man says, panting. “I don’t care if it cuts me, she’s gonna die.”

As the man continues pleading from behind the cracked glass, the officer is heard urging him not to panic.

“I got gloves – just chill,” Dolci is heard saying as he puts the gloves on.

“I’m not panicking,” the man replies. “I’m holding her head up I’m basically disabled. I can barely move my arms.”

“I got you, I got you,” the officer says before peeling off the shatter-resistant glass so the man can drag the limp, soaked woman from the Hyundai.

The car veered into the Indian River in the early hours of Tuesday.Melbourne Police Department via Florida Today

A man without a shirt appeared to help the recovery efforts.Melbourne Police Department via Florida Today

Dolci is helped by others, including another officer identified in the release as Luke Drummer, to carry the woman up what appears to be a boat launch to get her onto solid ground. The man can be heard saying the woman isn’t breathing and needs immediate CPR.

“Get her flat,” one of the officers is heard saying as they begin to administer CPR, then turn her onto her side to try to clear the water from her lungs.

After the video, CPR continued until the woman was taken to Holmes Regional Medical Center, according to Florida Today.

The car went off the Eau Gallie causeway (above) and veered into the Indian River.Google Maps

She was in stable condition and breathing on her own, station WESH reported.

A caller who phoned in the accident had said the vehicle “flipped over two or three times,” according to Florida today. The cause of the accident wasn’t clear, the report stated.

The gender gap in choosing a president