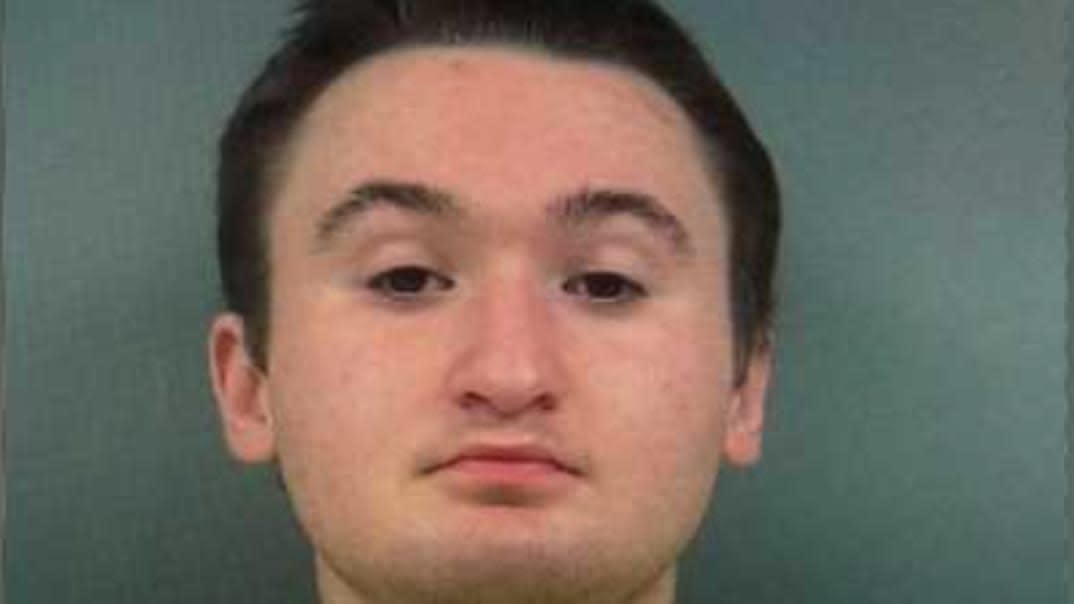 A U.S. Army washout who identified as a so-called involuntary celibate plotted to “slaughter” women in a mass shooting at an unnamed Ohio university, with the goal of killing some 3,000 people after receiving his military training, according to an indictment unsealed in federal court.

Tres Genco, 21, was arrested Wednesday and charged with one count of attempting to commit a hate crime and one count of illegally possessing a machine gun, prosecutors announced. He described himself as an “incel,” which court filings describe as someone who advocates “violence in support of their belief that women unjustly deny them sexual or romantic attention to which they believe they are entitled.”

Genco was allegedly inspired by California “incel” Elliot Rodger, who in 2014 killed six people and injured 14 in a series of deadly attacks outside a Santa Barbara sorority house. Rodger has become a twisted hero of sorts to other angry young men, including Genco, according to the indictment. Last year, a Virginia man who wrote in a note that he wanted to “make a statement like Elliot Rodgers [sic] did,” blew off his own hand while building a homemade bomb.

A Twitter profile in Genco’s name suggests he attended Ohio University. However, university spokeswoman Carly Leatherwood told The Daily Beast that Genco was never a student.

The case against Genco can be traced back to the afternoon of March 12, when Hillsboro, Ohio sheriff’s deputies were dispatched to his home. A caller, who is identified in court filings as “Individual 1,” reported that Genco had threatened them with a gun, then locked himself in his bedroom with the weapon.

Individual 1 told police that Genco had become “erratic and somewhat violent over the past several months.” After cops ordered Genco to exit the home with his hands up, they took him into custody. A search of his car and bedroom turned up body armor, ammunition, and firearms—two of which had been modified to function as fully automatic machine guns, court filings state.

Individual 1 also informed police that they had recently “found writings by Genco which Individual 1 believed indicated that Genco was planning to hurt someone.”

Investigators began digging into Genco’s past, and discovered that he began planning his alleged—and foiled—massacre in January 2019, purchasing tactical gloves, a bulletproof vest, a bowie knife, a skull face mask, and a hoodie with the word “Revenge” on it. Over the next few months, he armed himself, buying a rifle, two Glock 17 magazines, and a 9mm Glock 17 clip, the indictment against Genco states.

Genco had been active on incel websites, and revered Elliot Rodger, whom he referred to as “ER,” the indictment explains. Prior to his deadly attacks, Rodger shot a group of college students with a water gun filled with orange juice. Genco, according to authorities, posted online about doing the same thing, saying that he felt “spiritually connected to the saint on that day,” presumably meaning Rodger.

“I suggest it to all incels, extremely empowering action,” Genco allegedly wrote.

“I would hope these words resonate in sweet familiarity to fellow incels, either cognizant of their situation or not,” it read, according to the indictment. “I am already set to go into the U.S. Army… this training will be for the attainment of one reality, the death of what I have been deprived most, but also cherish and fantasize at the opportunity of having but has been neglected of; Women. I will slaughter out of jealousy, hatred, and revenge… I will take away the power of life that they withhold from me, by showing there is more than just happiness and fulfillment, there is all encompassing death, the great equalizer that will bear all of us into its seductively calm velvet of silence and serenity.”

That summer, Genco shipped out for Army Basic Training in Georgia. During this period, Genco allegedly wrote a note that singled out an unidentified university somewhere in Ohio, stating, “May 23, 2020 290 days! M-16 optimal, covert or mil-spec. Will get arms training in BCT, Georgia KC needs to be huge! 3,000? Aim big then.”

In December 2019, Genco was discharged from the Army for poor performance and conduct, according to the indictment. In January, he returned home to Ohio. There, Genco allegedly drafted a document titled, “isolated.”

“If you’re reading this, I’ve done something horrible,” it said, according to the indictment. “Somehow you’ve come across the writings of the deluded and homicidal, not an easy task, and for that I congratulate you for your curiosity and willingness to delve into such a dark topic.”

The letter was signed, “Your hopeful friend and murderer.”

A few days later, Genco “conducted surveillance in the location of a university in Ohio,” the indictment reveals. The same day, Genco allegedly searched online for topics including, “planning a shooting crime,” and, “When does preparing for a crime become an attempt?”

The next day, cops showed up at Genco’s home and found his guns.

Genco, who is now detained pending a court appearance on Friday, does not yet have a lawyer listed in court records and was unable to be reached. ​​If convicted on the machine gun charge, Genco faces up to 10 years in prison. If convicted on the hate crime charge, he faces life.

BIDEN VIOLENCE AGAINST WOMEN ACT- NO MEANS NO