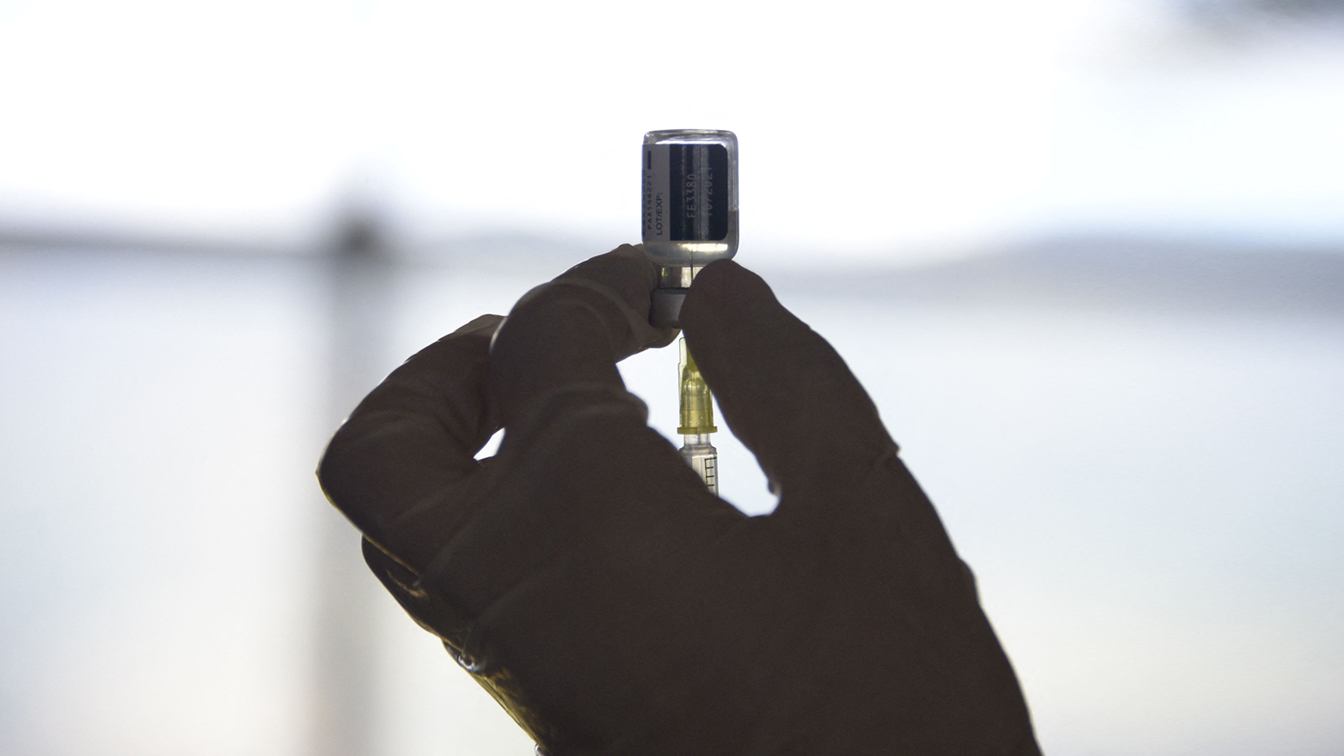 BARCELONA — German Chancellor Angela Merkel did it. So did Canada’s Prime Minister Justin Trudeau and Italian Premier Mario Draghi. They bucked the advice of health agencies and mixed their COVID-19 vaccines after doubts about the effectiveness of the AstraZeneca version against the Delta variant began circulating.

In what appears to be a growing trend across Europe, the three leaders first received a dose of an adenovirus vaccine (AstraZeneca) before switching to an mRNA for the second. Merkel and Trudeau took Moderna’s COVID jab for their second, while Draghi opted for Pfizer, overlooking the advice from agencies like the Centers for Disease Control and Prevention, who warn against treating them as interchangeable.

Mix and matching different types of vaccines — an “off-label” practice currently not endorsed by the World Health Organization — is now common practice in Canada and 15 European countries, and has started to gain traction in the U.S., where there is growing concern over whether the Johnson & Johnson vaccine provides robust enough protection for the Delta variant.

Questions abound, however, about the safety and efficacy of this approach.

“We’re in an evidence-vague, murky fog. It’s like a fog of war,” Dr. Eric Feigl-Ding, a senior fellow at the Federation of American Scientists, told Yahoo News.

Former WHO director of crisis management Daniel López-Acuna, who is based in Spain, a country where mixing vaccine doses has caught on, agreed that there is too little evidence to show whether the practice makes sense.

“We need to accept that we are in a gray area from the perspective of the evidence necessary to make a sound decision,” López-Acuna told Yahoo News.

On Thursday, the controversial practice got a proverbial shot in the arm when the European Centre for Disease Prevention and Control (ECDC) released a report that found that mixing doses could generate a “robust response” against COVID-19.

“Evidence from studies on heterologous (‘mix and match’) vaccination suggests that the combination of [AstraZeneca] and mRNA vaccines induces a robust [antibody] response against SARS-CoV-2 and elicits a higher T-cell response than homologous combinationsm,” the report stated.

“There is a good immune response to such combinations,” Karam Adel Ali, a policy expert on communicable diseases at ECDC, told Yahoo News, adding that while the combination may produce more side effects, “the mix-and-match schedules appear to be generally well tolerated.”

According to the report, other recent studies and the government of Germany, the combo may even be superior at boosting immunity than two doses of the same drug, particularly AstraZeneca, which preliminary research suggest is less effective than mRNA vaccines in fighting off the Delta and Beta variants.

Vials of Oxford/AstraZeneca COVID-19 vaccine are stored in a fridge at a vaccination center in London. (Dinendra Haria/SOPA Images/LightRocket via Getty Images)

“It’s a little bit of a dangerous trend here where people are in a data-free, evidence-free zone as far as mix-and-match,” Dr. Soumya Swaminathan, a WHO chief scientist, noted during an online press conference last week, before clarifying via tweet hours later that was referring to individuals, not health agencies.

The WHO does not widely support the mixing of different vaccines except when supplies of the first vaccine is not available.

“For best protection, WHO recommends that both doses of a two-dose regimen be administered, at the recommended intervals,” Dr. Siddhartha Datta, program manager of the vaccine-preventable diseases and immunization program at WHO Europe told Yahoo News, adding that “WHO recommends that the same product be used for both doses.”

Even Pfizer is wary of the mixed approach, as noted in their media office’s written response to Yahoo News. “Interchangeability is not part of the current regulatory authorizations for the [Pfizer BioNtech] vaccine. As a biopharmaceutical company working in a highly regulated industry, our position is supported by the label and indication agreed upon with regulators and informed by data from our Phase 3 study,” the company said in an emailed statement. “Therefore we are not currently in a position to support mixed schedules.”

But countries that initially relied heavily on AstraZeneca’s adenovirus vaccine (such as Canada, where a quarter of the vaccinated citizenry received different types of shots) point to several recent studies, one in Spain and another in the U.K. that showed beneficial results.

A nurse prepares a dose of the Pfizer-BioNTech vaccine in Quito, Ecuador. (Rodrigo Buendia/AFP via Getty Images)

For López-Acuna, all vaccines tend to be less effective against the new variants, particularly for vaccines with only one shot. A recent study published in the New England Journal of Medicine showed that one shot of either AstraZeneca or Pfizer was only 30 percent effective in protecting against the highly contagious Delta variant. (With two doses, the Pfizer vaccine showed efficacy of 88 percent against Delta, while AstraZeneca showed 67 percent.)

“We need to continue vaccinating and completing the schedule of those who have only one vaccine,” he said, adding that countries such as Spain, where Delta is exploding, need to keep social distancing restrictions and measures like shutting down nightclubs in place.

Fiegl-Ding, however, is open to at least considering the viability of mixing vaccines. “The WHO chief scientist doesn’t really like [mixing vaccines] because it’s like we’re in a zero-evidence world. But in certain ways, lots of things are in a zero-evidence world. You know, we don’t have a randomized trial for parachute wearing and prevention of deaths. It just makes sense that parachutes slow you down and they prevent it.”

Richard Carpiano, a professor of public policy and sociology at University of California, Riverside, told Yahoo News that he understands how uncertainty can be mistaken for flakiness.

“We look to scientists and clinicians to give definitive answers. But that’s not how a lot of normal science works. Because of a continually evolving situation for a coronavirus that we knew little about just a year ago, the scientific community is moving quickly to understand it and guidelines are frequently being updated. This is actually science working as it should,” he said. “However, to many of the general public, this continual updating risks being viewed as science and public health officials not knowing what they are doing.”

Also unclear, Fiegl-Ding said, is the efficacy of mixing with the J&J vaccine, which non-peer-reviewed findings suggest is also far less effective than the mRNA jabs against variants of COVID-19.

For Dr. Peter Hotez, a vaccine scientist at Baylor College of Medicine, the biggest issue is getting everybody fully vaccinated fully vaccinated — including people in poorer regions of the world such as Africa, where less than 1 percent of the population has had a COVID shot.

FILE – POPE ALTERS RULES FOR WOMEN WHO HAD ABORTIONS