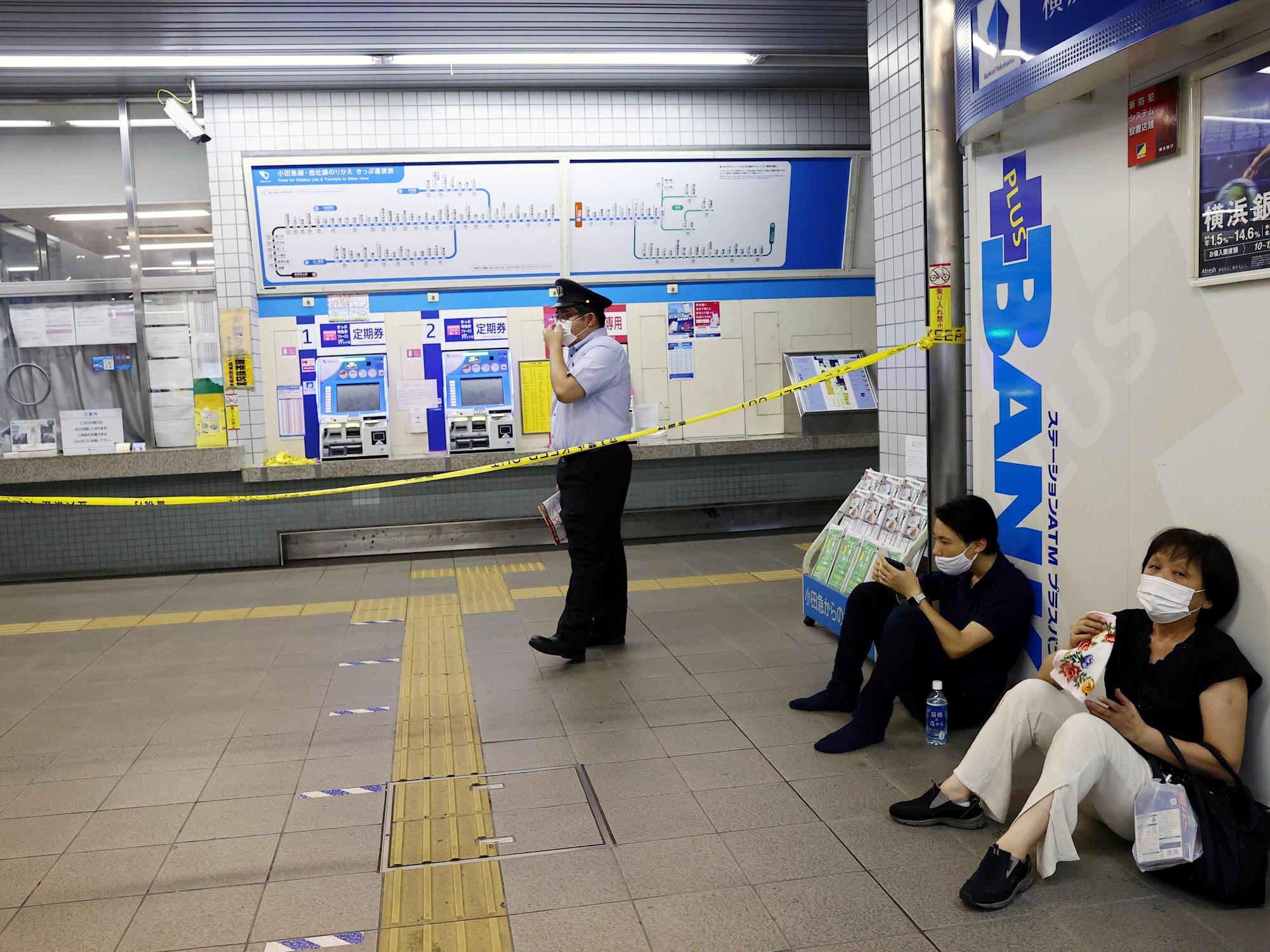 A train station staff member stands near passengers at the site where the stabbing incident occurred on a train, at the Soshigaya-Okura station of the Odakyu Electric Railway in Setagaya Ward, Tokyo. Kim Kyung-Hoon/Reuters

Tsushima was charged for attempted murder after stabbing a female college student multiple times on a railway train.

Nine other passengers – five women and four men – were hurt in the mass stabbing incident.

A man accused of going on a stabbing rampage on a Tokyo train told investigators he wanted to kill “happy-looking women,” per reports from the Japanese media.

According to a report from the Mainichi Shimbun, Yusuke Tsushima, 36, was charged with attempted murder on Sunday. Tsushima is currently being accused by the Japanese authorities of going on a rampage and seriously injuring a 20-year-old female college student on a train on the Odakyu Electric Railway on Friday, August 6.

The college student was stabbed multiple times on her chest and back. Nine others, including five women and four men, were injured, but no fatalities were reported, per the Mainichi Shimbun.

Video footage of the attack posted by the Mainichi Shimbun showed panicked passengers crowding around and moving about the train cabin while a woman screams for help.

The mass-stabbing incident took place at around 8.30 p.m. on a 10-car train bound for the Shinjuku shopping district, per Kyodo News. The news outlet noted there were around 400 passengers on the train, which plies a busy route through western Tokyo.

Kyodo News also reported that Tsushima has admitted to his role in the assault, telling investigators in a recorded statement that he wanted to “kill happy-looking couples and women” after he was unlucky in love, mocked at social gatherings, and suffered repeated rejection on dating sites. He also told investigators that he chose to carry out the alleged attack on a train because there would be “no space to flee,” per Kyodo News.

According to Asahi News, Tsushima also poured cooking oil onto the floor of the train cabin but did not manage to set it alight. The train then stopped just before the Soshigaya-Okura Station, where ambulances ferried injured passengers to the hospital.

Tsushima managed to escape from the scene of the attack, per the Japan Times, but was arrested when he showed up at a convenience store in the residential Suginami ward four hours later, in the early hours of Saturday morning.

The news outlet reported that Tsushima told a store employee: “I am the suspect in the incident reported by news media. I am tired of fleeing.”

There have been several incidences of mass attacks on Tokyo’s trains.

Attacks directed at women and girls have also occurred in Tokyo. Kyodo News reported in May 2019 on a tragic incident where a 51-year-old man stabbed 16 schoolgirls and two adults who were waiting for a school bus.