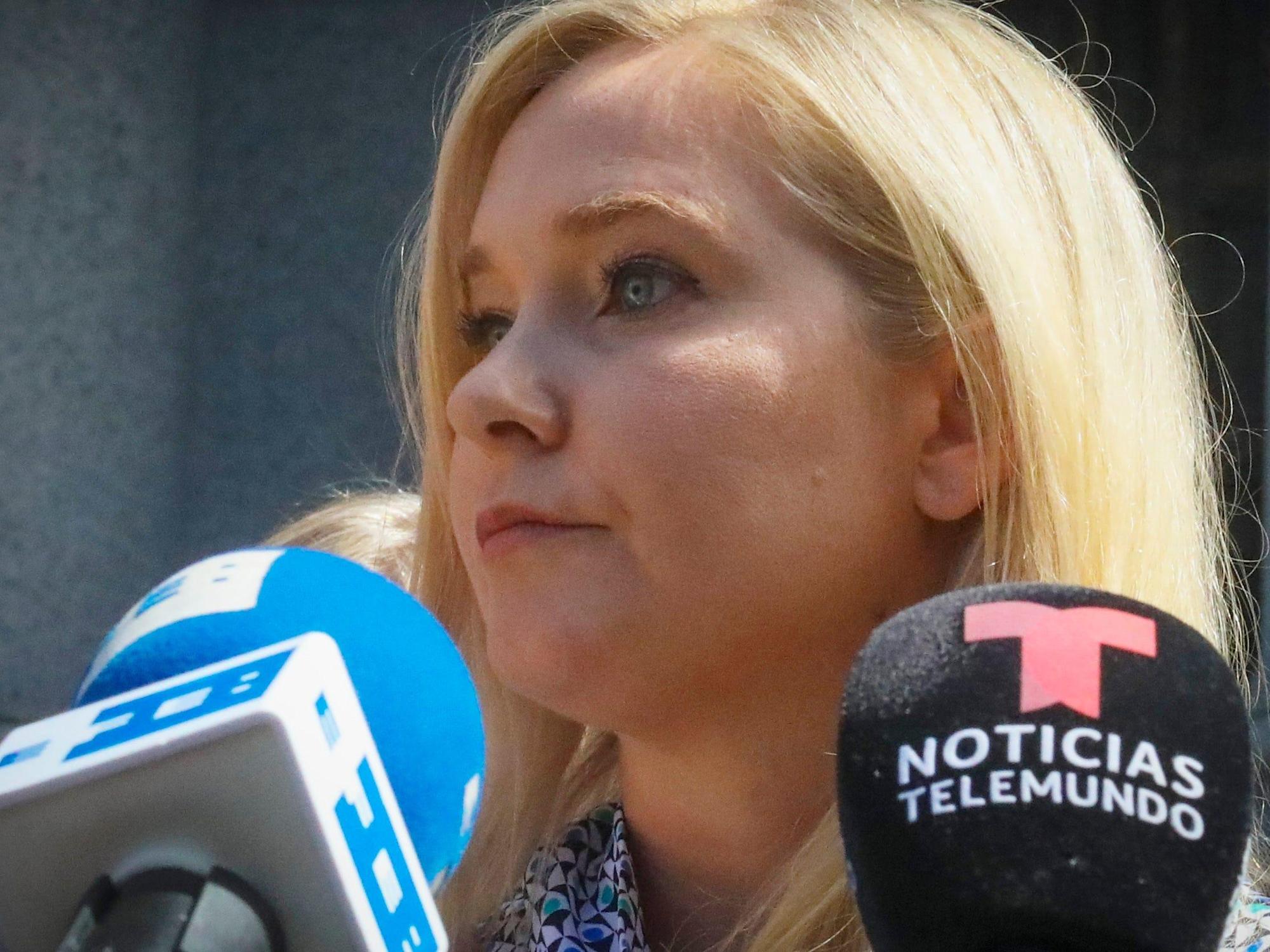 Virginia Roberts Giuffre at a press conference in 2019. Associated Press

Prince Andrew’s accuser filed her lawsuit just days before a deadline for child sexual abuse victims to file their claims.

Virginia Giuffre alleges that Prince Andrew sexually abused her in New York City when she was underage.

Virginia Giuffre, the woman who sued Prince Andrew on Monday, filed her lawsuit just four days ahead of a rapidly closing window for victims of child sexual abuse in New York.

Giuffre alleged that Prince Andrew sexually abused her on three different occasions when she was underage, including once in New York City in Jeffrey Epstein’s mansion. She alleged that the incidents occurred between 2000 and 2002.

Giuffre filed her claims under New York’s Child Victims Act, which Gov. Andrew Cuomo signed in 2019. The law initially granted a one-year window for victims to file lawsuits in cases that were time-barred or had expired past the statute of limitations.

Representatives for Prince Andrew didn’t respond to Insider’s request for comment on Giuffre’s lawsuit, but his spokesperson declined to comment to The Mirror.

The prince has denied ever knowing Giuffre, and in a July 2020 statement to Insider, his representatives “categorically” denied “any suggestion of impropriety with underage minors.”

One legal expert told Insider that Giuffre was one of many people rushing this week to file decades-old claims against their alleged abusers in New York.

“I see that in a large number of my cases that they call me because the police either weren’t able to, or didn’t do anything, and they didn’t see justice in that process,” Tuegel said.

She added that a civil case can be empowering for abuse victims, who may have faced a loss of control both at the hands of their abusers and within a criminal justice system that failed them.

In Giuffre’s case, for instance, Prince Andrew does not face criminal charges over her allegations, and has refused even to grant interviews to the FBI and federal prosecutors who are investigating Epstein and his sex trafficking operation.

“The more comforting thing to my clients has been in the civil lawsuit, we drive the ship. They’re the plaintiff, we filed the lawsuit, we’re litigating the case,” Tuegel said. “With a criminal case, it’s the US government or the state who drives it, and you’re just a witness in your own case. You have no control over it.”

Springsteen on Alzheimer's: 'I've seen it …