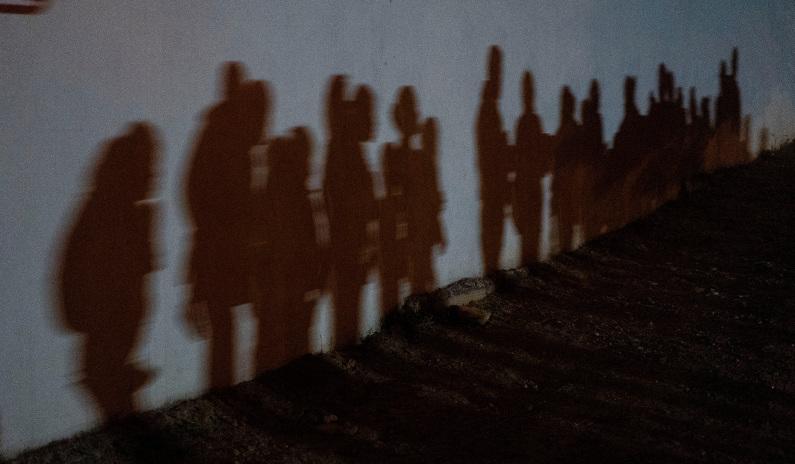 The mayor of Laredo, Texas, sounded alarms about an emerging “public health crisis” on Wednesday as Border Patrol releases migrants into the U.S. without testing them for COVID-19.

Laredo Mayor Pete Saenz told Border Report that Border Patrol is sending migrants from the Rio Grande Valley to his city. The city has been sending 200 migrants per day by charter buses to Houston and Austin, also without testing them for COVID.

“These migrants aren’t being tested. Border Patrol doesn’t test them. We much less don’t have the infrastructure of testing and quarantining. When you test then if they’re positive then there’s an obligation there, or duty, to quarantine and that’s expensive and the NGOs don’t really have that capacity here locally,” Saenz said.

He said the migrants, mostly all families, have been legally released by federal authorities. After the migrants arrive in Laredo on DHS buses, they transfer onto charter buses with the help of Laredo firefighters in a warehouse area where snacks, porta potties and toiletries are provided.

They arrive at Greyhound stations with PPE and masks but Saenz said he is not sure if non-governmental organizations in Austin and Houston are testing the migrants upon arrival, though Laredo officials are notifying emergency management coordinators in the cities that the buses are on the way.

Last month, the City of Laredo filed a lawsuit against the Department of Homeland Security to stop the transfer of migrants from the RGV because 35 to 40 percent of the migrants were testing positive for COVID-19. Before Laredo began busing the migrants elsewhere, the city’s only migrant shelter quickly filled up and was forced to quarantine and close down to new arrivals.

Though the city issued a disaster declaration to keep migrants from the RGV from entering Laredo, more and more migrants kept arriving in the city.

Now, Laredo is sending the migrants to Austin and Houston as part of an agreement reached with DHS officials.

The mayor said the city must bus the migrants elsewhere as Laredo has a “waiting list” for hospital beds and the number of COVID-19 cases continues to climb. On Wednesday, the city repoted 800 active cases, including a 3-month-old migrant girl who was brought by Border Patrol from the RGV.

“We don’t even have a pediatric ICU,” Saenz said. “The federal government can take them someplace else. They have a choice. But we, as residents, really don’t have a choice. We’re literally fighting for beds here if there are beds available. So it’s truly a public health crisis.”

“We’re actually pitting a migrant versus a resident wanting a bed and when you have two ill people it’s extremely uncomfortable to be in that situation. It’s insensitive and cruel to put us in that situation because no one wants to decide who gets a bed first,” Saenz said.

The mayor said he was invited to Thursday’s roundtable meeting in McAllen, Texas with DHS secretary Alejandro Mayorkas, where Saenz hopes to discuss his city’s dire situation.