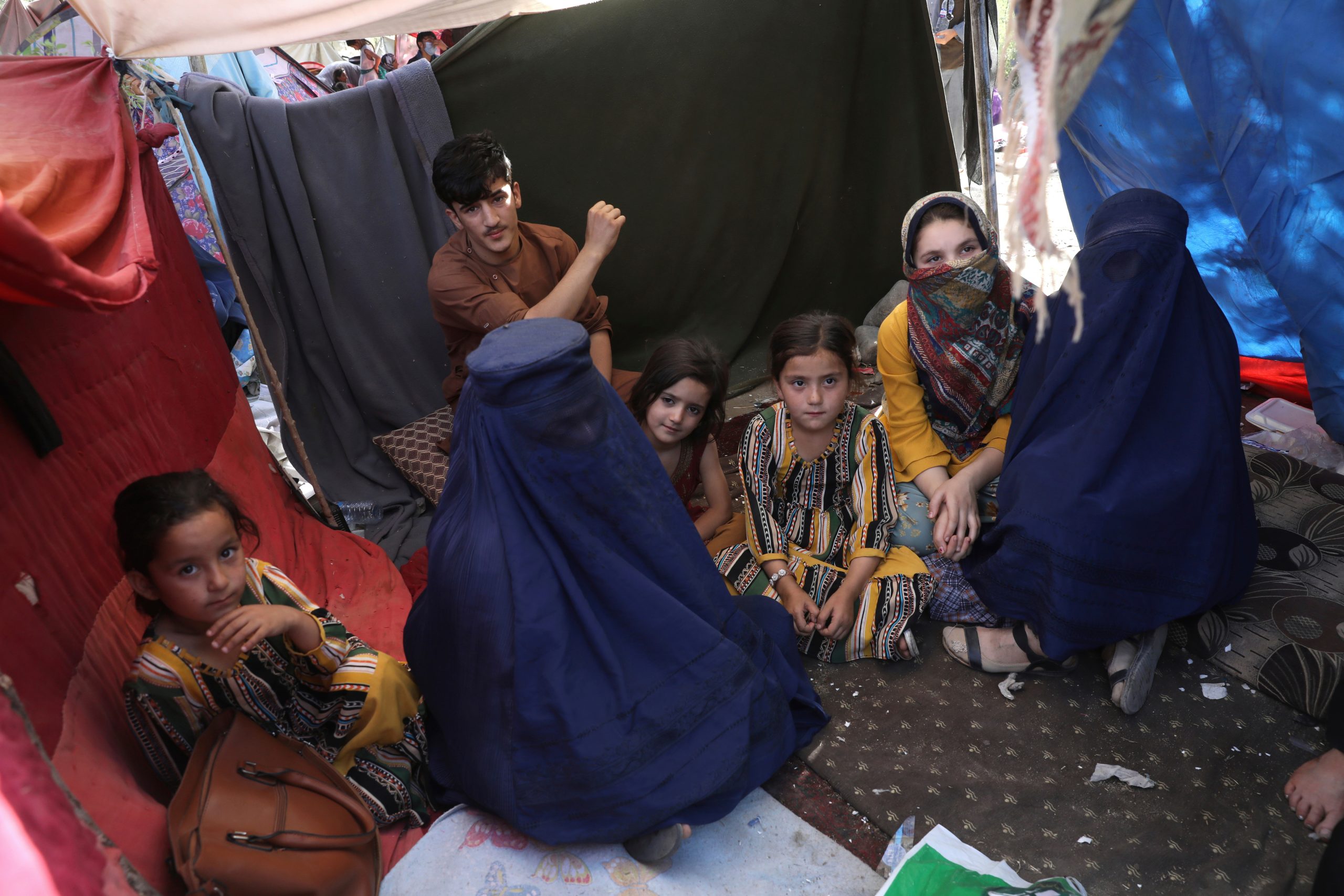 KABUL, Afghanistan — The Taliban declared an “amnesty” across Afghanistan and urged women to join its government Tuesday, trying to calm nerves across a tense capital city that only the day before saw chaos at its airport as people tried to flee their rule.

While there were no major reports of abuses or fighting in Kabul, many residents have stayed home and remain fearful after the insurgents’ takeover saw prisons emptied and armories looted. Older generations remember their ultraconservative Islamic views, which included stonings, amputations and public executions during their rule before the U.S-led invasion that followed the Sept. 11, 2001 terror attacks.

“The Islamic Emirate doesn’t want women to be victims” Samangani said, using the militants’ term for Afghanistan. “They should be in government structure according to Shariah law.”

He added: “The structure of government is not fully clear, but based on experience, there should be a fully Islamic leadership and all sides should join.”

Afghan female students in class in Kabul on July 25th, 2021. Currently there is widespread fear that the Taliban will reintroduce its notorious system barring girls and women from almost all work, and access to education.Getty Images

Samangani remained vague on other details, however, implying people already knew the rules of Islamic law the Taliban expected them to follow.

“Our people are Muslims and we are not here to force them to Islam,” he said.

Under the Taliban, which ruled in accordance with a harsh interpretation of Islamic law, women were largely confined to their homes. The insurgents have sought to project greater moderation in recent years, but many Afghans remain skeptical.

Meanwhile Tuesday, Stefano Pontecorvo, NATO’s senior civilian representative to Afghanistan, posted video online showing the runway empty with American troops on the tarmac. What appeared to be a military cargo plane could be seen in the distance from behind a chain-link fence in the footage.

The runway “is open,” he wrote on Twitter. “I see airplanes landing and taking off.”

Overnight, flight-tracking data showed a U.S. Marine Corps KC-130J Hercules plane at the airport and later taking off for Qatar, home to Al-Udeid Air Base and the U.S. military Central Command’s forward headquarters.

The German Foreign Ministry meanwhile said a first German military transport plane has landed in Kabul, but it could only take seven people on board before it had to depart again.

“Because of the chaotic conditions at the airport and regular exchanges of fire at the access point last night, it was not possible for further German citizens and other people who need to be evacuated to come to the airport without protection from the German army,” the ministry said.

Hundreds of people gather near a U.S. Air Force C-17 transport plane at a perimeter at the international airport in Kabul.AP

A special military flight with some 120 Indian officials separately landed in the western state of Gujarat after taking off from Kabul’s main airport on Tuesday, the Press Trust of India and state TV reported. Another flight made it off the ground Monday as well.

Sweden’ s Foreign Minister Ann Linde wrote on Twitter on Tuesday that the staff from the Swedish Embassy in Kabul had returned to Sweden.

On Monday, thousands of Afghans rushed into Kabul’s main airport, some so desperate to escape the Taliban that they held onto a military jet as it took off and plunged to their deaths. At least seven people died in the chaos, U.S. officials said

Across Afghanistan, the International Committee of the Red Cross said thousands had been wounded in the fighting. Security forces and politicians handed over their provinces and bases without a fight, likely believing the two-decade Western experiment to remake Afghanistan would not survive the resurgent Taliban. The last American troops had planned to withdraw at the end of the month.

“The world is following events in Afghanistan with a heavy heart and deep disquiet about what lies ahead,” United Nations Secretary-General Antonio Guterres said.

A resolute U.S. President Joe Biden on Monday said he stood “squarely behind” his decision to withdraw American forces and acknowledged the “gut-wrenching” images unfolding in Kabul. Biden said he faced a choice between honoring a previously negotiated withdrawal agreement or sending thousands more troops back to begin a third decade of war.

“After 20 years, I’ve learned the hard way that there was never a good time to withdraw U.S. forces,” Biden said in a televised address from the White House.

Talks appeared to be continuing between the Taliban and several Afghan government officials, including former President Hamid Karzai and Abdullah Abdullah, who once headed the country’s negotiating council. President Ashraf Ghani earlier fled the country amid the Taliban advance and his whereabouts remain unknown.

An official with direct knowledge of the talks, who spoke on condition of anonymity as he wasn’t authorized to brief journalists, said senior Taliban leader Amir Khan Muttaqi had arrived in Kabul from Qatar. Muttaqi is a former higher education minister during the Taliban’s last rule. Muttaqi had begun making contact with Afghan political leaders even before Ghani fled.

Bill Gates opens up about his divorce and Jeffrey Epstein

‘I was terrified,’ woman says of night with Dodgers’ Bauer