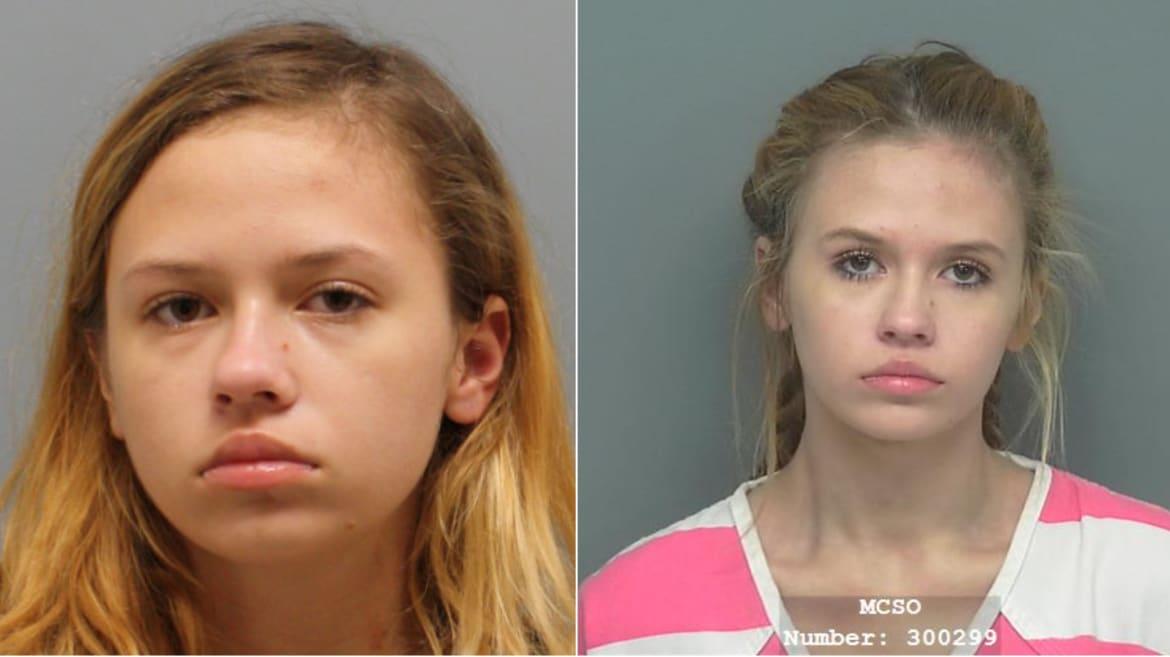 A young woman in Texas who beat murder charges last year in the shooting death of a 20-year-old woman with disabilities is now wanted by police after allegedly breaking into a couple’s suburban Houston home, dousing them with a liquid, and setting them ablaze.

Authorities on Monday named Emma Presler, 19, as the prime suspect in the horrific Aug. 6 incident, which left 33-year-old Devin Graham dead and his wife, 26-year-old Karissa Lindros, hospitalized with burns across 70 percent of her body. The Montgomery County District Attorney’s Office on Monday filed murder charges against Presler, who remains on the run.

“She still remains at large,” Houston Police Department spokeswoman Jody Silva told The Daily Beast. “There is a warrant for her arrest.”

Presler was identified by investigators who followed up on eyewitness accounts of a young white woman fleeing the scene in a white, four-door sedan, cops said. Lindros and Presler knew each other, Lindros’ aunt told reporters, without specifying how the two were acquainted. Police have not released any information about a possible motive for the crime. Presler does not have an attorney listed in court records, and was unable to be reached.

Last September, Presler was charged in the murder of 20-year-old Cypress, Texas, woman Sierra Rhodd as she slept. On Sept. 13, 2020, Rhodd, who suffered from cerebral palsy, was shot and killed in a flurry of bullets fired into her family’s home. Cops said the shooters took off in several vehicles, including a red pickup truck owned by Presler’s boyfriend, Austin McCalla, which Presler was found driving nearby. However, prosecutors were unable to convince a judge that Presler’s presence in the truck actually tied her personally to Rhodd’s death, and Presler was ordered released. The following month, McCalla and three others were charged with killing Rhodd. At the time, Rhodd’s father told the local Fox affiliate that he thought the shooters had in fact been targeting his teenage son, who had been feuding with a Houston-area gang known as “10K.”

Residents in the neighborhood where Presler lives with her grandparents said they weren’t particularly surprised by the new accusations.

“It never stops,” one neighbor, who asked to be identified by her middle name, Aline, for fear of retaliation, told The Daily Beast. “I just last week was saying, ‘There’s nothing going on at their house lately,’ and then…this. Shouldn’t have said that.”

Aline, 31, rattled off a long list of incidents she said have occurred at the home where Presler lives, claiming to have seen indications of prostitution and drug sales.

“I hope the cops will finally start believing us,” said Aline. “We’re hoping that they get out of the neighborhood.”

Another neighbor, Tonya Woods, said she packed up and moved to another area of Houston after murder charges were dropped against Presler in the death of Sierra Rhodd.

Woods, 57, said the police were a regular presence at the home, where Presler moved after her parents landed themselves in trouble. In addition to the issues mentioned by Aline, Woods described shootings, assaults, and at least one suspicious fire having occurred there in recent years.

“It’s absolutely crazy,” Woods told The Daily Beast. “But it’s also very sad… God only knows what else is going on in that house.”

Presler has previously faced numerous other charges, including theft, drug possession, evading arrest, and failure to appear in court. She has an additional felony warrant outstanding for meth possession, on top of the murder charge in Graham’s death.

Devin Graham’s grandfather, who said he and his wife “pretty well raised” Graham themselves, is now under police protection, he said.

“The manhunt is on, and it’s very close to home,” Norman Graham told The Daily Beast, adding that investigators told him “not to say anything.”

Graham, 72, said he’s trying not to read the news, because he said, “There’s been more than enough crap written.” He didn’t know what the relationship between his grandson and Presler might have been. But whatever it was, Graham said he still can’t fathom why she would’ve wanted to hurt him.

“I don’t understand any of it, how anybody could be that way,” Graham said. “I don’t know how the devil can reach up and win on things like that, but he did. And I don’t know how anybody can think that this kind of behavior from anyone is correct. I’ll tell you, I would hate to be at the throne of god in the position that they are.”

Got a tip? Send it to The Daily Beast here