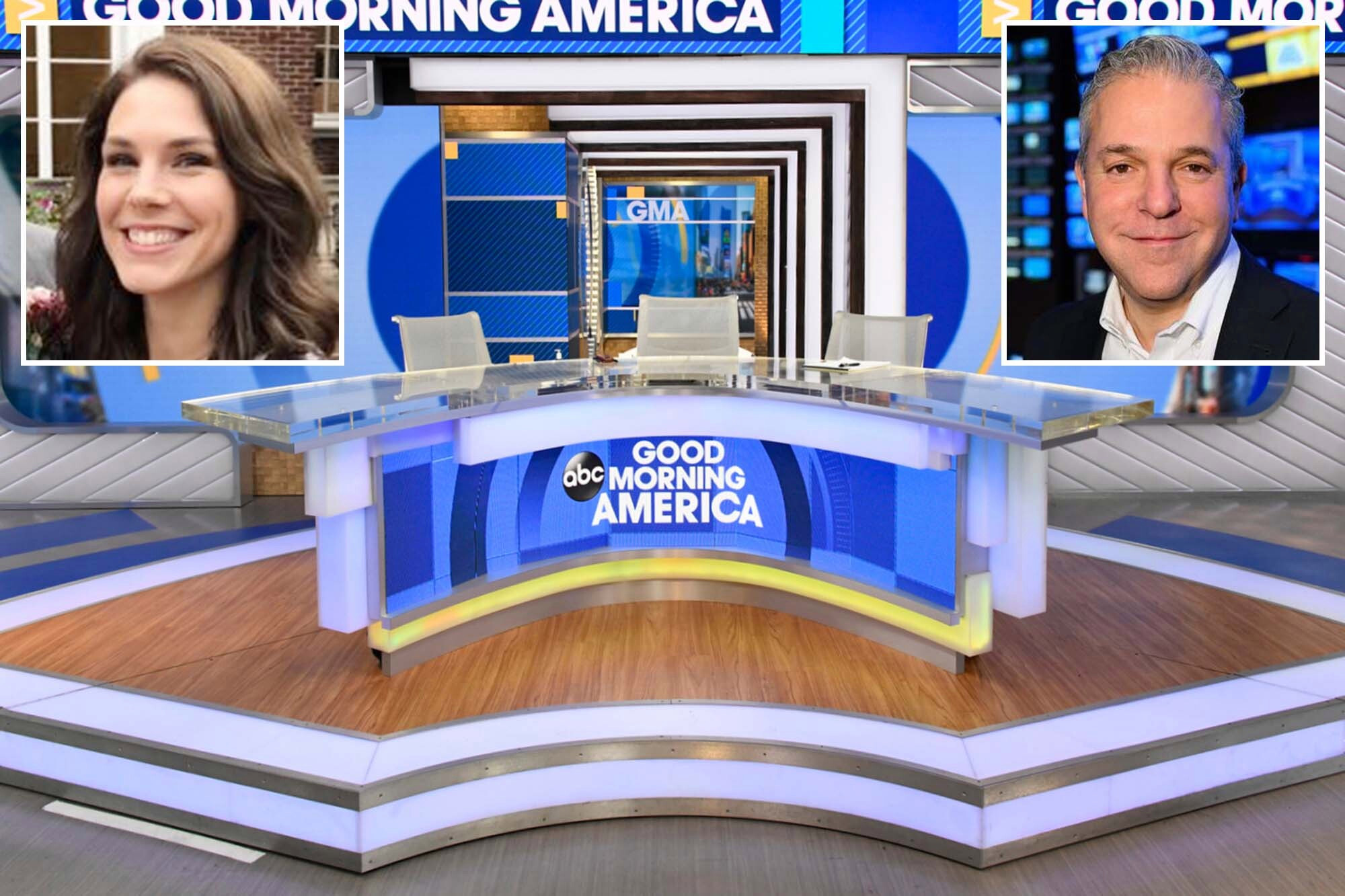 A former top producer for “Good Morning America” has been accused of sexually assaulting two female employees and encouraging a “toxic” work culture that was hostile toward women, according to a lawsuit filed Wednesday.

Kirstyn Crawford, 31, an anchor producer for George Stephanopoulos on “GMA,” says the show’s then-senior executive producer Michael Corn sexually assaulted her after a work party when he was drunk, according to her Manhattan Supreme Court lawsuit from Wednesday.

The alleged incident happened in February 2015 when Crawford was in Los Angeles with the team covering the Academy Awards.

Crawford claims that another former employee, Jill McClain, was also sexually assaulted by Corn in 2010 and 2011 and that after the women exchanged stories early this year, they reported the assaults to ABC in February, the court papers explain.

As a result, ABC forced Corn, who’d managed “GMA” since 2014, to resign in April — with Variety reporting at the time that he left abruptly, stunning some staffers.

Kirstyn Crawford is one of two women who is accusing former “GMA” producer Michael Corn of sexually assaulting her. Twitter

“However, keeping in line with ABC’s culture of sweeping sexual assault under the rug to protect its brand, ABC did not publicly acknowledge Corn’s malfeasance,” the suit charges.

In the 2015 incident, Crawford called an Uber to go back to the hotel after the other staffers left to continue the party at another location. But to her “surprise, Corn then joined Crawford in the Uber,” the suit alleges.

During the ride, Corn “grabbed Crawford’s hand and told her that he wanted to be able to help her with her career,” the court papers say.

The lawsuit filed by Crawford states that ABC did not publicly acknowledge Corn’s malfeasance and merely swept it under the rug.Spencer Platt/Getty Images

Then he pulled her head “into his chest and kept telling her to ‘just relax’ and kept asking ‘why are you so tense?’” the filing claims.

He kissed her and rubbed her legs as she tried to “pull away” several times while he “pulled her right back,” the court documents allege.

When they got to the hotel, Corn allegedly pretended to lose his room key in a “devious ploy” to get into Crawford’s room. So, in an attempt to not show him where her room was, Crawford accompanied Corn to his room instead, the suit says.

ABC forced Corn to retire in April without giving the exact reason after he had managed “GMA” since 2014.Paula Lobo/Disney General Entertainment Content via Getty Images

While Crawford sat on the corner of his bed at Corn’s invitation, he “pulled her down onto the bed and pulled her head onto his chest” before he kissed the top of her head, petted her hair and stroked her arm, the court papers allege.

He told Crawford — who was “frozen in fear” — “shhhh, Let’s just lie here,” before she managed to slip away and go back to her own room, the filing claims.

But Corn would later barge into her room, where Crawford pleaded with him to leave, which he eventually did, the suit explains.

In 2017, ABC learned of Corn’s sexual assault of Crawford but they “did nothing to protect plaintiff or removed Corn from his position of power,” the court documents claim.

Corn is also accused of sexually assaulting McClain, who was working for Diane Sawyer at the time on “World News Tonight.” Once on a flight from Los Angeles to New York in September 2010, Corn — seated next to McClain — rubbed her “upper right thigh with his left hand” and then “slid his hand from McClain’s upper right thigh to her vagina,” and began to rub “her vagina, over her jeans,” the suit alleges.

Then in April 2011, while the team was in London covering Prince William and Kate Middleton’s wedding, a drunk Corn barged into McClain’s hotel room and sexually assaulted her, the court documents claim.

Corn kissed McClain and shoved her onto the bed, pulling down the top of her jumpsuit and her bra and groping her bare chest, the suit alleges.

McClain shoved him off and yelled at him to get out, which he did “in a huff,” the filing claims.

The suit says that Corn fostered a “toxic” work environment where he was dismissive of women, which made Crawford fear reporting her abuse.

“Corn perpetuated a terrible bullying and drinking culture at ABC in which employees were peer-pressured into binge-drinking and belittled if they declined to participate in the drinking culture,” the suit alleges.

Crawford is suing ABC and Corn for unspecified damages. McClain is not a plaintiff in the suit because the statute of limitations to bring a claim has expired, court papers say.

Her lawyer, Milton Williams Jr., told The Post, “For both Kirstyn, and Jill, who is supporting her, the healing process has begun.”

ABC and Corn separately did not immediately return requests for comment.