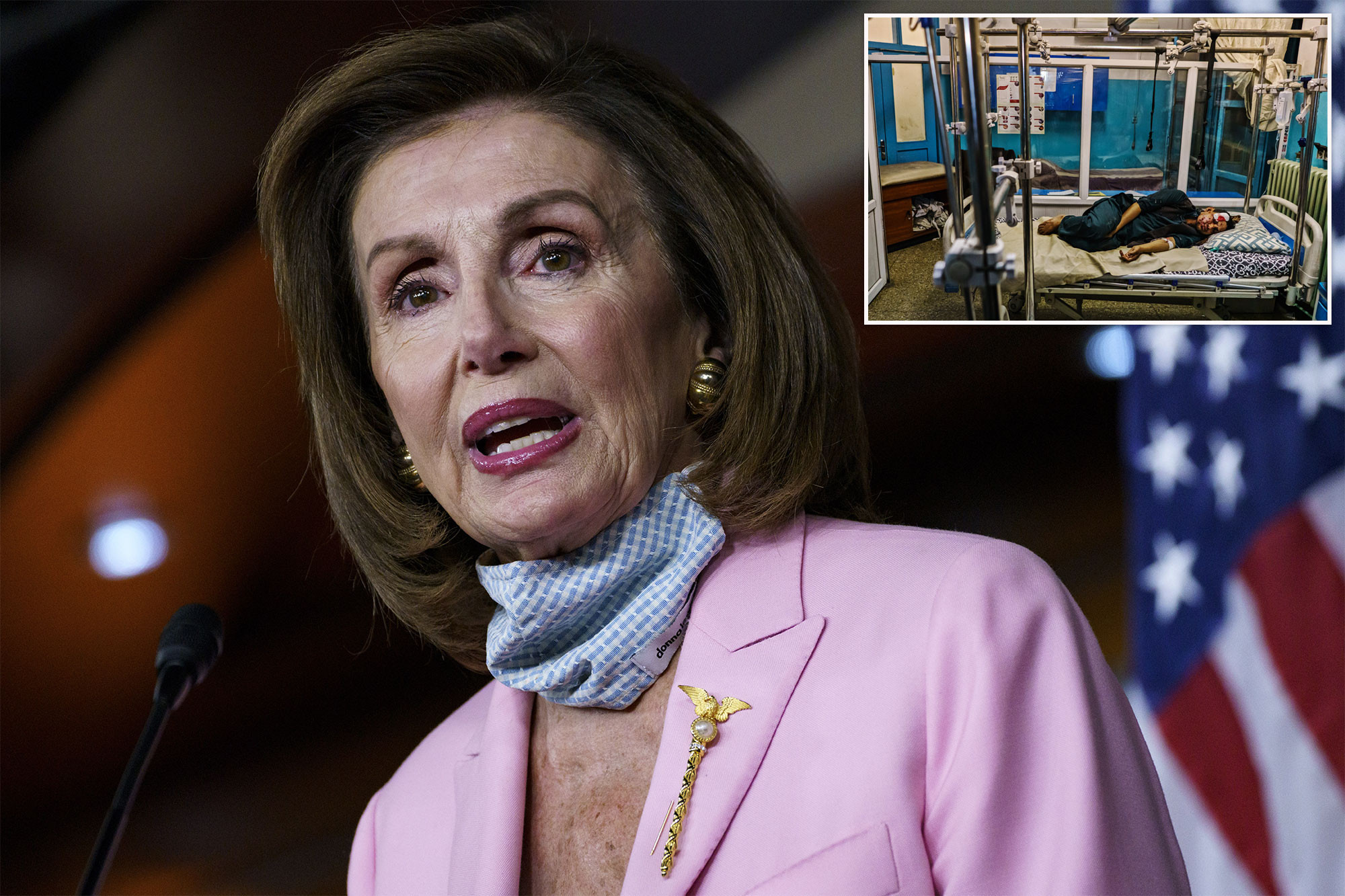 House Speaker Nancy Pelosi declined to give public remarks on Thursday’s deadly suicide attacks in Afghanistan that killed at least 13 US service members, instead directing reporters to a paper statement put out by her office earlier in the day.

Pelosi (D-Calif.) was tracked down by the press following an appearance in her hometown of San Francisco to mark Women’s Equality Day. In her remarks, Pelosi touted President Biden’s spending agenda and voting legislation passed by the House earlier this week, but made no mention of the deteriorating situation in Afghanistan.

“This is all about empowering women so that their families are cared for, that their children are cared for, so that we can have women in the workplace making the difference,” Pelosi said, later adding: “When women succeed, America succeeds.”

According to CBS News congressional reporter Zak Hudak, the speaker declined to comment on camera about the suicide attacks, telling reporters, “I put out a statement.”

In that statement, Pelosi said the House “strongly condemns the heinous terrorist attack outside Kabul airport. We mourn the loss of every innocent life taken, and we join every American in heartbreak over the deaths of the servicemembers killed.”

As the Taliban take over, women are subjected to stricter laws.Los Angeles Times via Getty Imag

“Since the end of July, over 100,000 people have been evacuated from Afghanistan with the assistance of the U.S. military and allied forces,” Pelosi added. “As we continue this process, Congress, on a bipartisan basis, remains deeply concerned about the security and humanitarian situation in Afghanistan. As we work with the Biden Administration to bring stability to the situation, Congress must continue to be kept closely informed, which is why I have requested that the Executive Branch continue to brief Members. At the same time, our Committees of Jurisdiction will continue to hold briefings on Afghanistan.

“As we pray for the lives lost, the many injured and their families, Congress and the Country are grateful to our military, diplomatic and intelligence communities for their courage and patriotism,” the statement concluded.

Some House Republicans, led by Minority Leader Kevin McCarthy (R-Calif.), have demanded Pelosi call lawmakers back to Washington before the end of this month, which marks the Biden administration’s deadline for US troops to withdraw from Afghanistan.

“Speaker Pelosi must bring Congress back before Aug. 31 so we can be briefed thoroughly by the Administration and prohibit the withdrawal of our troops until every American is safely out,” McCarthy tweeted after news broke of the deadly attack.

Pelosi’s deputy chief of staff, Drew Hammill, shot down that idea, accusing McCarthy of wanting “to defund the mission & tie the Commander in Chief’s hands in the middle of the most dangerous days of the operation.”

“What’s not going to help evacuate American citizens is more empty stunts & distraction from the Minority Leader who sat idly by as Pres. Trump proudly negotiated with the Taliban,” Hammill tweeted. “The Biden Administration has repeatedly briefed the Congress & providing [sic] frequent updates each day.”

The House currently is not scheduled to come back into session until Sept. 20, though next week has been set aside for committee work.