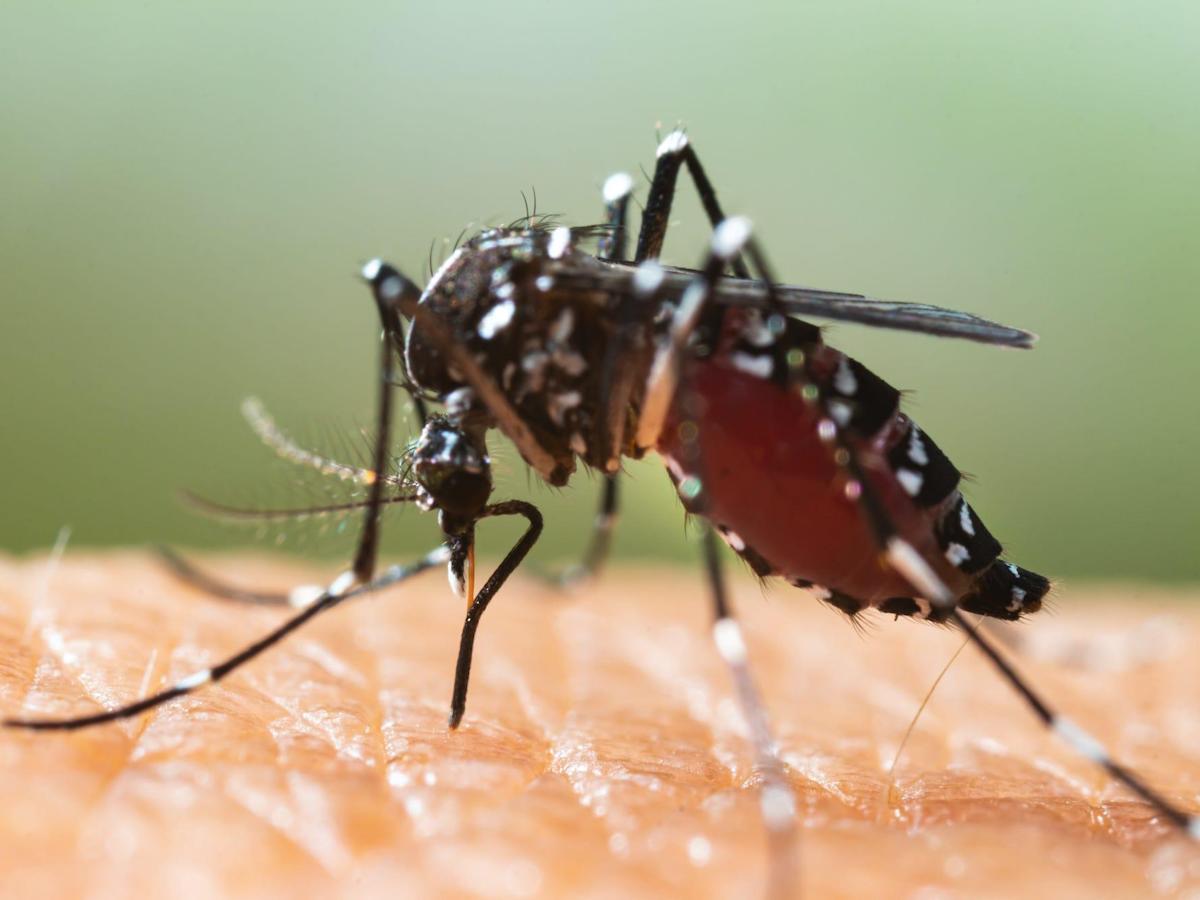 Close-up of a mosquito sucking blood from a human. Shutterstock

At least nine people have died of West Nile virus in the US this season.

Arizona, Arkansas, California, Idaho, New Jersey, and Texas have each reported one or two deaths linked to the disease.

West Nile virus is typically mild, but can lead to paralysis or death in severe cases.

At least six states have reported deaths due to West Nile virus, a mosquito-borne illness that can cause paralysis and swelling in the brain.

Arizona, Arkansas, California, Idaho, New Jersey, and Texas have each reported one or two deaths associated with West Nile virus this year, comprising nine deaths total, according to Centers for Disease Control and Prevention data through September 7.

All but seven continental US states have reported some form of West Nile virus activity, which could mean infections in mosquitoes, animals, or humans. Twenty-nine states have seen confirmed or probable human cases with symptoms.

West Nile virus is the leading cause of mosquito-borne disease in the continental US, but most people who come in contact with the virus don’t get sick. About one in five people infected will come down with a fever and flu-like symptoms such as headache, body aches, vomiting, diarrhea, or rash.

A handful of cases each year result in more severe illness: cases of swelling in the brain, like meningitis or encephalitis, or even paralysis. There have been at least 136 such cases in the US this year, according to the CDC count, which includes confirmed and probable infections.

State health officials across the country have issued warnings and tips for staying healthy during West Nile season. Since there is no cure or vaccine for West Nile virus, the best way to avoid infection is by preventing mosquito bites.

Some state and county health departments have reported additional West Nile virus-associated deaths ahead of the CDC data.

The North Dakota Department of Health announced Friday the state’s first West Nile virus-related death in 2021, a resident of southwest North Dakota who was more than 60 years old.

Nebraska’s Three Rivers Health Department also reported a death from West Nile virus this week. It was the first death from the disease in the state this season.

Older people are at a higher risk of getting severely ill or dying of the virus, as are people with compromised immune systems, according to the CDC.

Even states that have only seen a handful of human infections have cautioned at-risk residents to look out for mosquito bites this season. Massachusetts, with four human cases reported in September, raised the state risk level to “high” based on disease activity and recent rainfall.

“September is the month when we are most likely to see people get infected with West Nile virus,” Massachusetts Acting Public Health Commissioner Margret Cooke said in a statement. “While we advise everyone to take steps to avoid mosquito bites, this is especially important if you are over the age of 50 or have an immune-compromising condition.”

How Orlando shooting unfolded, as seen via texts

Navy sailor slapped on 9/11 anniversary by woman calling him a fake. But he’s not