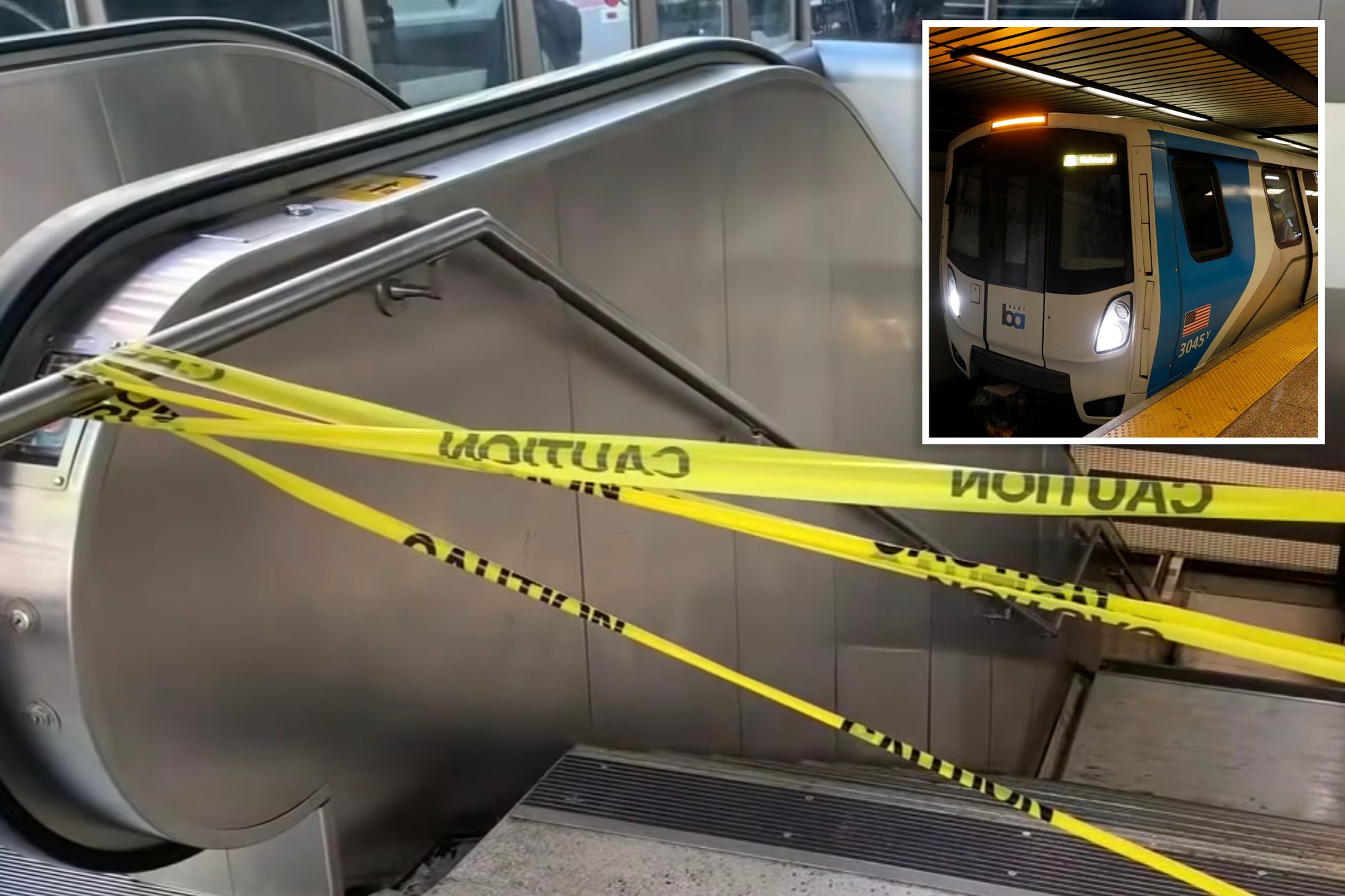 A San Francisco woman was killed in a freak accident involving her dog when she was pulled onto subway tracks by the leash after stepping off a train while the pooch remained inside, according to reports.

The woman, identified as Amy Adams, 41, had her dog tethered to her waist when she boarded the Bay Area Rapid Transit train about 3:15 p.m. Monday — and “at the very last second, right as the doors were closing,” she got off but the animal didn’t make it out, Fox 2 reported, citing BART.

The dog was not hurt in the tragic incident.

“It was pretty traumatic,” Mike Sim, who witnessed the woman being dragged from the platform, told ABC 7, describing the sound as “kind of like dut, dut, dut, dut, dut.”

Sim said “everybody was in shock” and that he called a BART attendant on a platform phone about what had just happened.

“’You need to stop the Dublin train that just left Powell Street cause there’s somebody stuck on the door,’” he said he told the worker. “And then she goes “OK, OK,’ you know, ‘We’ll contact them.’”

Amy Adams had her dog tethered to her waist when she boarded the Bay Area Rapid Transit train.Jane Tyska/Digital First Media/East Bay Times via Getty Images

Adams appeared to be waving at someone before being dragged to her death, according to BART.

Sim told ABC 7 that he spoke with a distraught man on the platform.

Amy Adams got off the train at her stop “at the very last second,” but her dog did not follow and the doors closed.KTVU

BART spokesperson Alicia Trost told Fox 2: “This is a tragic loss of life, and we are following all safety protocols.”

Officials with the rail system said there was no visual indication the dog was a service animal, but that is under investigation. BART permits leashed or harnessed service dogs on trains while all other animals must be in carriers.

BART officials said that the trains run automatically unless the operator interrupts the door cycle.

As the train pulled away from the station, Amy Adams was pulled by the attacked leash and dragged from the platform.KTVU

They said the operator checks to make sure passengers are clear of the doors, but that Adams got off as the doors were closing — after the operator would have looked back, Fox 2 reported.

Heather Griffin, who works nearby and was at the station after the tragedy occurred, said she saw a woman holding onto a German shepherd, which was wearing what appeared to be a service vest but had no collar or tags.

The woman with the dog turned it over to a BART station agent, who then returned it to Adams’ roommate, Griffin told Fox 2.

The dog suffered no injuries in the tragic incident and was given to Amy Adams’ roommate.KTVU

The National Transportation Safety Board is also investigating the fatal incident. Two NTSB officials will spend about a week at the scene.

“They’ll be gathering any types of sources of recorded data, so this could be video surveillance, there could be recorded data at the train control center,” agency spokesman Peter Knudson told ABC 7.

See what Dr. Fauci had to say right before receiving vaccine