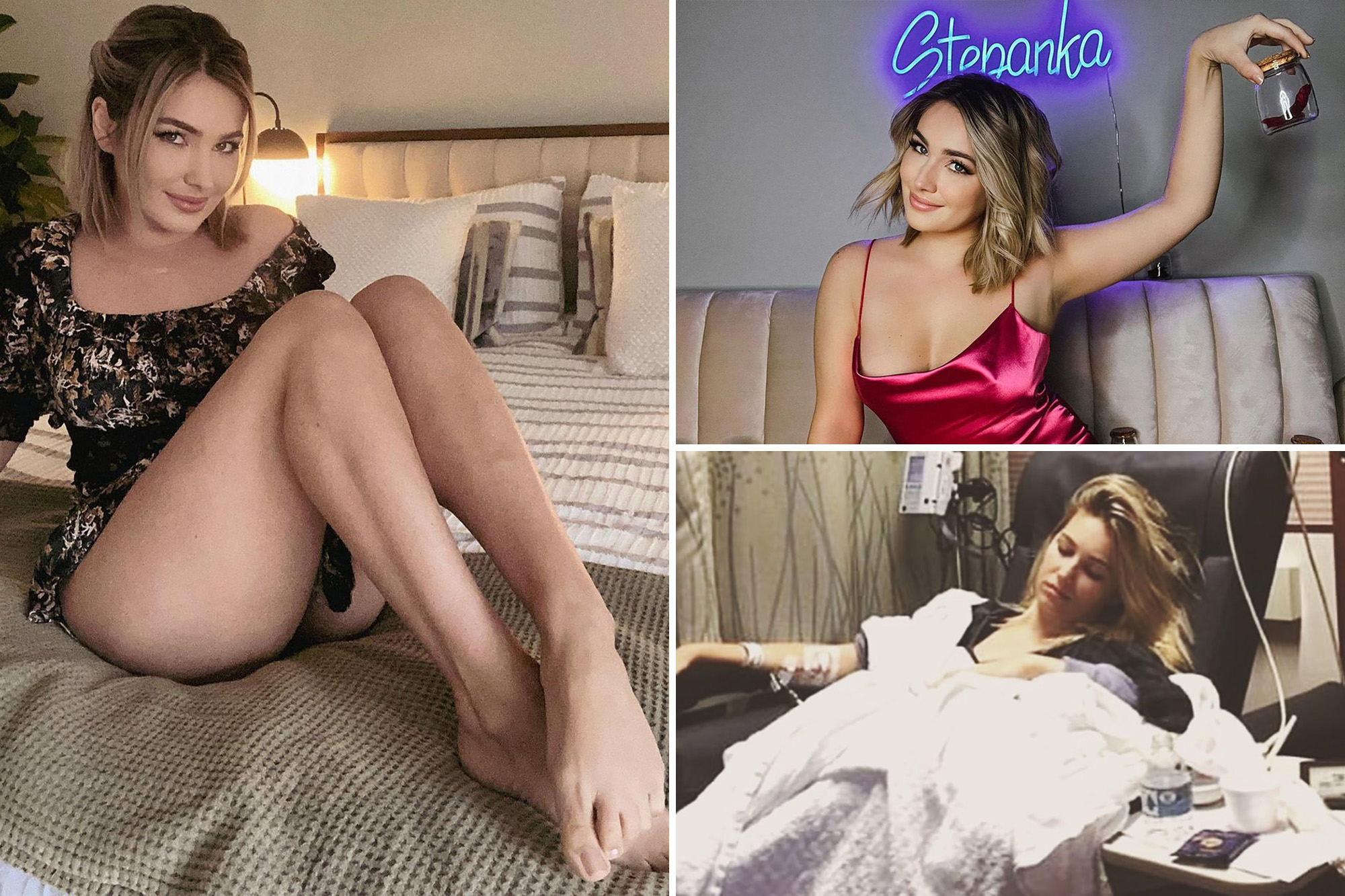 She had a fart attack.

A reality TV star who launched a gassy venture peddling her fancy flatulence to strangers Stephanie Matto, 31, blew away people on social media when she recently announced that she makes more than $50,000 a week selling her farts.

The Connecticut resident had gained international recognition after appearing on the reality show “90 Day Fiancé” and later started her own YouTube channel, wrote books and founded an X-rated subscription site called Unfiltrd.

She then really made waves with her olfactory business by capturing her emissions in jars and selling them because she “thought it’d be a hilarious publicity move that would get a lot of people’s attention.”

Stephanie Matto who appeared on “90 Day Fiancé” launched a business selling her jarred farts, and made over $200,000, but had to quit after she experienced gas pains so bad she thought she was having a heart attack. Jam Press/@stepankamatto

But after making $200,000 in sales, the influencer has announced her retirement when she passed one too many and got the wind knocked out of her, Jam Press reported.

Matto was rushed to a hospital with chest pains she feared were symptoms of a heart attack, according to the outlet.

After undergoing a battery of tests, including blood work and an EKG, Matto was told that her pain was the result of her steady diet of gas-inducing beans and eggs.

Stephanie Matto experienced chest pains that she believed were symptoms of a heart attack or stroke, but doctors confirmed they were the result of eating too much eggs and beans. Jam Press/@stepankamatto

“I thought I was having a stroke and that these were my final moments,” Matto told Jam Press. “I was overdoing it.”

The self-proclaimed “fartrepreneuer” had squeezed out up to 50 jars’ worth of farts a week to keep up with demand – and even added protein shakes to her diet to make them more pungent.

“I remember within one day I had about three protein shakes and a huge bowl of black-bean soup,” she said.

Stephanie Matto had produced 50 jars of farts per week and would drink protein shakes to make them stronger smelling. Jam Press/@stepankamatto

“I could tell that something was not right that evening when I was lying in bed and I could feel a pressure in my stomach moving upward. It was quite hard to breathe, and every time I tried to breathe in, I’d feel a pinching sensation around my heart,” Matto told Jam Press.

“And that, of course, made my anxiety escalate. I actually called my friend and asked if they could come over to drive me to the hospital because I thought I was experiencing a heart attack,” she said.

“It was made clear that what I was experiencing wasn’t a stroke or heart attack but very intense gas pains,” Matto told the outlet, adding that she did not tell docs about her rear racket.

“I was advised to change my diet and to take a gas suppressant medication, which has effectively ended my business,” she said.

Doctors advised Stephanie Matto to change her diet and to take a gas suppressant, forcing her to end her business. Jam Press/@stepankamatto

Matto explained that she decided to launch her butt business “on a whim” after getting requests.

“As luck would have it, once I put the jars up for sale, they began to sell like hotcakes,” she said.

“I honestly could not believe the demand. I think a lot of people have this fetish in secret. I began this venture by eating mostly protein muffins, shakes and also hard-boiled eggs,” Matto continued.

She said she “decided to branch out a little bit and try some new recipes to keep it exciting.”

Stephanie Matto says selling her farts has led to both praise and backlash, and that she even received death threats. Stephen Yang

“I think that certain foods produce better-smelling farts,” Matto said, explaining that she put a heavy emphasis on smoothies.

Despite her financial success, the reception to her unique business has been mixed, according to Jam Press.

“I have a lot of people praising me, calling me a girl boss, telling me that I inspire them to be unashamed of who they are and what they do,” Matto said.

“But on the other end, I have been getting a ton of negativity. I have even received death threats, people telling me I should end my life and so on,” she added.

Stephanie Matto says she started selling her farts on a whim after receiving requests, and will donate some of her income to charities that help with gastric disorders. Stephen Yang

“I try my best to not react to these people and give them what they want, which is attention,” Matto told the outlet. “In this day and age, we need to stop tearing people down for their choices.”

She added: “I think my family is relieved [about my retirement], and honestly so is my colon. The diet was never sustainable and there was always an expiration date.”

The newly retired fart peddler said she plans to donate a portion of her income to charity that supports gastric disorders.

“Even though I got backlash, I think it has opened a new door for me. I’m working on digital fart jar artwork at the moment,” Matto said.

“I think everything happens for a reason, and although my fart-selling days are ending, I am going to save the money I’ve made and will put some into crypto,” she added.

Florida surgeon general’s call for people to stop relying on testing is a ‘me first, forget everybody else’ approach, health expert says