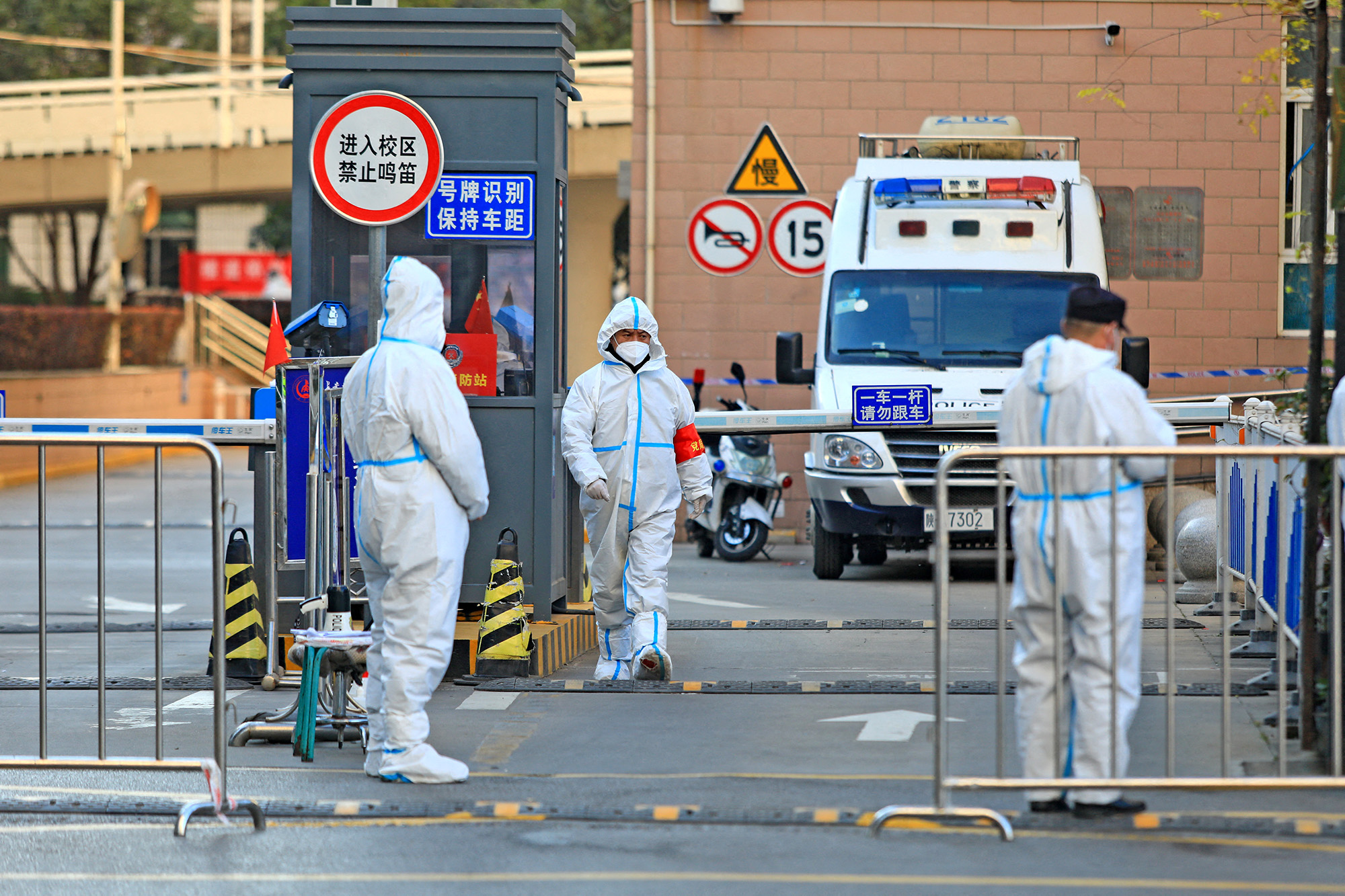 An eight-month pregnant mum miscarried outside a hospital in China’s worst COVID outbreak after being refused treatment in what’s been dubbed the world’s strictest lockdown.

The stricken woman was forced to wait outside a hospital in the northern city of Xi’an in agony because she was not allowed care until she had tested negative for the virus.

COVID booster jabs protect against Omicron and offer the best chance to get through the pandemic, health officials have repeatedly said.

But in Xi’an, the Chinese Communist regime is racing to control one of its worst outbreaks in a single city since the beginning of the pandemic with a sweeping lockdown and draconian restrictions.

The miscarrying mom had called an ambulance after feeling pain in her belly, according to an account from her niece posted last night on the microblog Weibo.

Until she had a negative coronavirus test, the mom was said to have been forced to wait outside emergency care for two hours — until staff relented when they saw that she was bleeding heavily between her legs.

In the post, the niece wrote: “[Medical workers] sent her to an operating room seeing her [bleeding seriously]. The baby died in the womb after eight months of pregnancy because of delayed treatment.”

In it, she said: “My aunt sent me voice messages in her weak voice to ask me to keep updating the post. “

“She is grieving and demands an explanation from the hospital.”

The post, which had gained millions of views, could not be accessed today and there was no response to messages to the account.

The Sun Online was unable to independently confirm details of the incident.

A worker prepares food supplies to be delivered to residents of a residential compound under lockdown in Xian, Shaanxi province, China December 29, 2021. cnsphoto via Reuters

But as previously reported, draconian lockdown rules dubbed the strictest in the world have seen authorities reportedly raiding dozens of homes in the middle of the night and forcing people onto buses to quarantine camps.

The 13 million people living in the northern city of Xi’an have been banned from leaving their homes – even for essential reasons like buying food – to squash the rising tide of COVID infections.

It is not known exactly how many people were ordered to leave during the midnight eviction, but one person reported seeing 30 buses, while another claimed up to a thousand people were moved, BBC News reports

People said they had been left waiting on the buses for several hours and those taken to the quarantine facilities included elderly people, young children and pregnant women, according to reports.

A picture of an old man standing alone in the cold as he waited to be put on a bus reportedly went viral online.

People shared images of the quarantine facilities, claiming it was cold and they had not been given food.

One comment said: “There is nothing here, just basic necessities… Nobody has come to check up on us, what kind of quarantine is this?”

“They did a big transfer of us, more than a thousand people, in the night and many of us are elderly people and children.”

“They didn’t make any proper arrangements and so they just carelessly placed us [here].”

China has logged 131,300 cases and 5,699 deaths since the pandemic began, but its citizens have faced some of the toughest measures in the world.

Xi’an, a popular tourist destination, is one of the largest Chinese cities to be locked down since Wuhan was sealed off in January 2020 when the first COVID cases started to emerge.

A total of 1,451 cases have been recorded in Xi’an since December 9 – the highest tally for any Chinese city in 2021, prompting panic among the authorities.

This article originally appeared on The Sun and was reproduced here with permission.