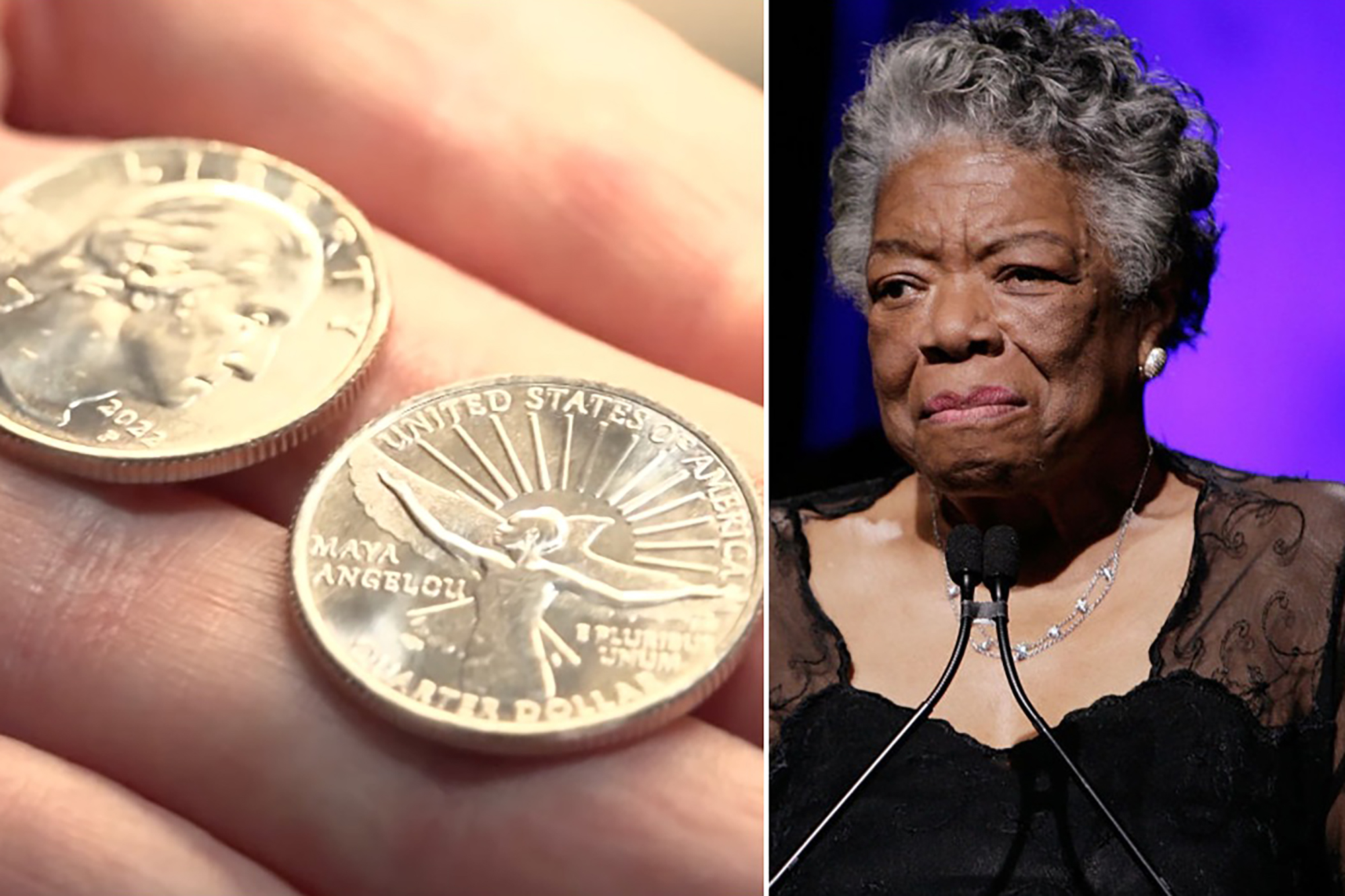 Show me the Maya.

The US mint has begun rolling out quarters featuring iconic African-American poet and activist Dr. Maya Angelou, marking the first time a black woman has appeared on the coin.

“Each time we redesign our currency, we have the chance to say something about our country — what we value, and how we’ve progressed as a society,” the US’ first female Treasury Secretary Janet Yellen said in a statement.

The commemorative coin is the first of the American Women Quarters program, which features quarters honoring pioneering women in US history, the US Mint reported in a separate statement.

Angelou’s quarter will still feature the traditional bust of George Washington on the “heads” side while the converse will pay tribute to the African-American trailblazer’s iconic autobiography “I Know Why The Caged Bird Sings.”

The commemorative coin is the first of the American Women Quarters program.US Mint

“I’m very proud that these coins celebrate the contributions of some of America’s most remarkable women, including Maya Angelou,” gushed Yellen of the initiative.

“Maya Angelou’s writing and activism inspired countless Americans and her legacy helped fuel greater fairness and understanding across our nation,” seconded Senator Catherine Cortez Masto (D-NV), Senate sponsor of the program. “This coin will ensure generations of Americans learn about Maya Angelou’s books and poetry that spoke to the lived experience of black women.”

The mint will issue four other commemorative quarters this year with the other coins paying homage to Sally Ride, the first American woman in space; Wilma Mankiller, the first female leader of the Cherokee Nation; Anna May Wong, the first Chinese-American Hollywood star; and suffragette Nina Otero-Warren, per the US Mint’s statement. The program will reportedly run until 2025.

This isn’t the first time a government has pushed for wider African-American representation on legal tender. Last January, the Joe Biden administration announced it would accelerate efforts to replace former president Andrew Jackson with Harriet Tubman on the $20 bill. The initiative had initially been announced in 2016 under then-President Barack Obama but was subsequently stalled by former President Donald Trump, who is an admirer of Jackson.

Born in Saint Louis, Missouri in 1928, Angelou is best known for her 1969 memoir, “I Know Why the Caged Bird Sings,” which marked the first nonfiction bestseller penned by an African American woman. She was also active in the Civil Rights Movement, working alongside iconic leaders such as Malcolm X and Martin Luther King Jr. The trailblazer’s impressive list of accolades includes two NAACP Image Awards in the outstanding literary work (nonfiction) category, in 2005 and 2009, as well as a Presidential Medal of Freedom in 2010 from then-president Barack Obama.

No, Oils Can’t Hydrate Skin and Hair — Here’s What They Actually Do