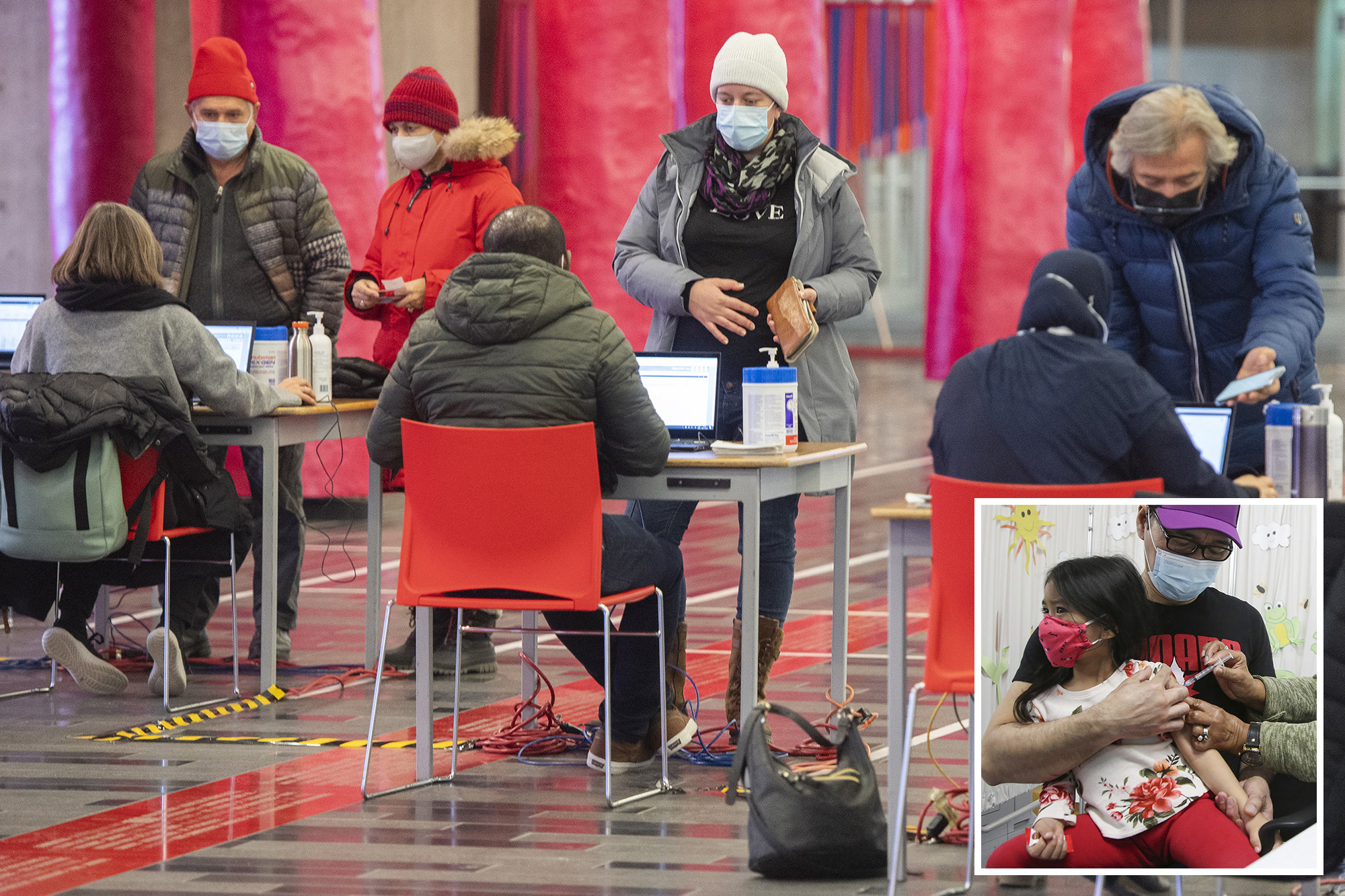 The Canadian province of Quebec has announced that it will impose a new “health contribution” tax on people who are not vaccinated against COVID-19.

“We are working on a health contribution for all the adults who are refusing to get vaccinated” because they are a “financial burden for all Quebecois,” Quebec Premier Francois Legault said Tuesday, according to Agence France-Presse.

Only about 10 percent of the residents in Canada’s second-most populous province are unvaccinated, but they make up half of all people in intensive care, he said.

Just over 85 percent of the residents had received at least one dose by Jan. 1, according to federal data cited by the BBC.

Legault said Tuesday that the amount that will be collected has not yet been decided, but noted that it will be “significant.”

“I think right now it’s a question of fairness for the 90 percent of the population who made some sacrifices,” Legault said. “I think we owe them this kind of measure.”

Only about 10 percent of the residents in Canada’s second-most populous province are unvaccinated.REUTERS/Christinne Muschi

Quebec officials have announced that anyone who is unvaccinated against COVID-19 would face a “health tax.” ANDREJ IVANOV/AFP via Getty Images

He added: “I feel this discontent with regard to the unvaccinated minority which, all things considered, clogs our hospitals.”

In total, 2,742 COVID-19 patients are hospitalized and about 255 are in intensive care in Quebec, which has about eight million residents, according to AFP.

Legault said that people who have not gotten jabbed for medical reasons will be exempt from the tax.

Quebec announced the return of certain restrictions, including a 10 p.m. curfew and a ban on private gatherings on December 30, 2021.Jacques Boissinot/The Canadian Press via AP

Prior to initiating the tax, François Legault said anyone who has a medical exemption will not have to pay the fine.Graham Hughes /The Canadian Press via AP

According to Federal data, 85 percent of residents have received at least one dose of the COVID-19 vaccine. Paul Chiasson/The Canadian Press via AP

On Dec. 30, Quebec announced the return of certain restrictions, including a 10 p.m. curfew and a ban on private gatherings.

Eric Duhaime, the head of Quebec’s Conservative opposition party, assailed the planned tax, saying it would only “divide” Quebecois.

Dominique Anglade, who heads Quebec’s Liberal party, called the tax a “distraction,’ though she is in favor of mandatory vaccinations.

Health experts say Omicron is headed for a sharp drop, most Americans will get infected, everyone’s confused

Health experts say Omicron is headed for a sharp drop, most Americans will get infected, everyone’s confused