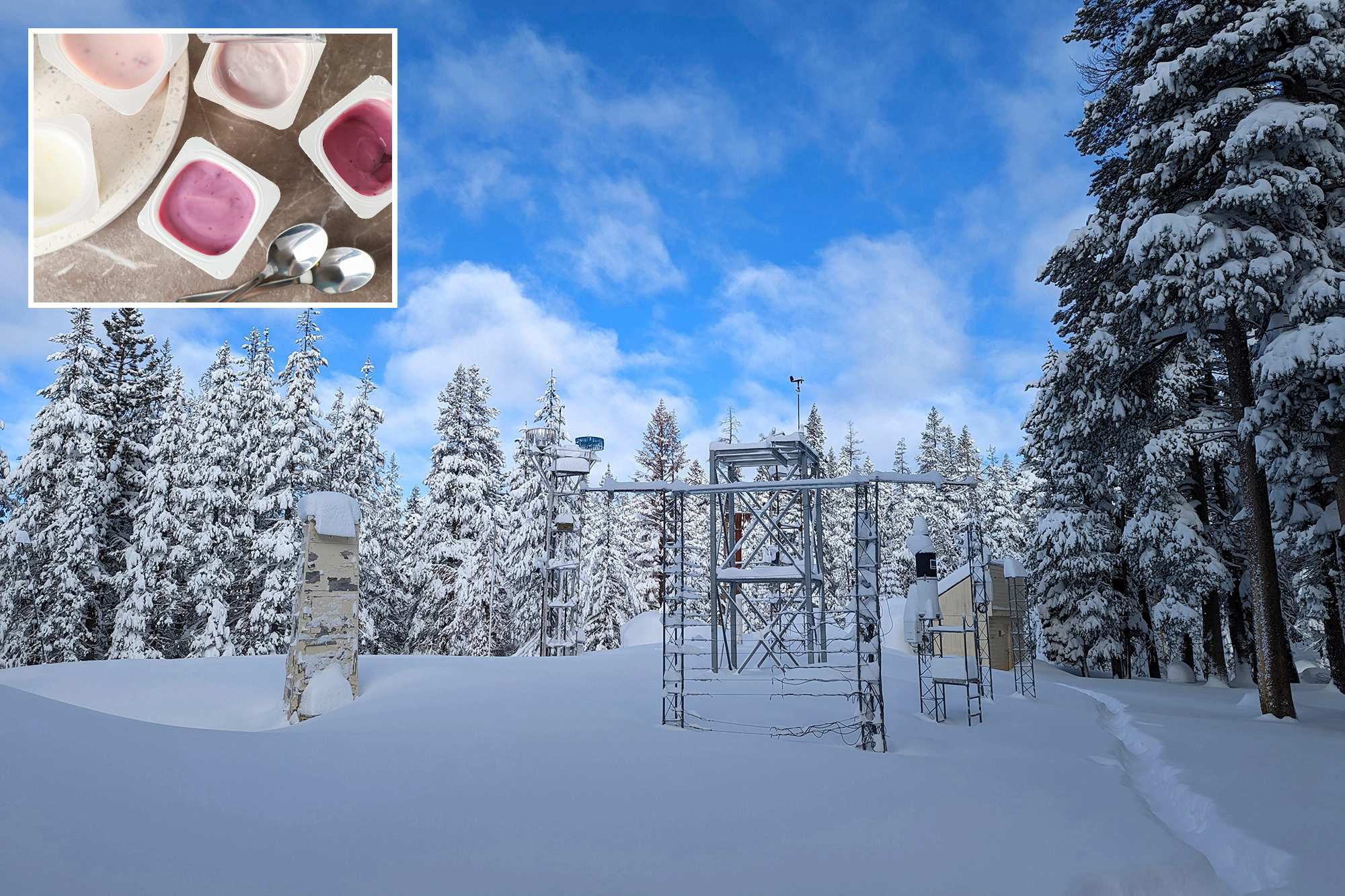 A California woman survived six days stranded in her snowbound vehicle in the wilderness by rationing a six-pack of yogurt, eating one a day, and also consuming snow, officials said.

Sheena Gullett, 52, and her friend, Justin Lonich, 48, were driving to Little Valley when they became stuck in the snow on a dirt road off Highway 44 about 2:40 a.m. April 14, the Lassen County Sheriff’s Office said.

The stranded duo spent the night in the car and by morning its battery had died, police said.

They tried to walk back to Highway 44 to seek help but they became separated after Gullett fell behind when the soles of her boots fell off in the rugged terrain.

“Justin went back to find Sheena, but because of heavy snowfall, he was unable to find her,” police said.

He sought shelter and built a campfire before continuing his trek the following morning, when he came to a gravel road and finally reached Highway 44 a day later, police said.

Lonich hitched a ride to Susanville with a passing motorist and reported to police on April 18 that his friend was likely still in the forest, possibly with their vehicle.

“Justin was not familiar with the area and the roads they had been traveling on. From the time Justin reported this incident, Sheriff’s deputies, sergeants, detectives and US Forest Service personnel conducted ground searches every day,” police said.

The stranded duo spent the night in the car and by morning its battery had died.UC Berkeley Central Sierra Snow Lab via AP

“On one day, when the weather was clear, the California Highway Patrol flew the search area in a helicopter in conjunction with a ground search team, but they were unable to locate the vehicle or Sheena,” it said.

“Further searches from the air were unable to be conducted due to inclement weather,” the statement added.

On Wednesday, Lonich “rode along with a sheriff’s deputy in the search area to possibly help provide a better location of where he and Sheena became stuck in the snow,” police said.

Several hours later, authorities finally located the vehicle, in which Gullett was hunkered down.

Sheena Gullett survived off of a six-pack of yogurt during the wintery ordeal.Shutterstock

“She was very emotional, but physically OK. The Sheriff’s sergeant transported Sheena to the Bogard Ranger Station to be evaluated by medical personnel,” police said.

“During the six days Sheena was stranded, she rationed a six-pack of yogurt, eating one per day. She did not have any water and had been eating snow,” they said.

“She saw the helicopter fly over a few days earlier, but because she was in a heavily wooded area, they were unable to see her,” the statement added.

Why did women vote for Hitler? Long-forgotten essays hold some answers

She was fed up with anti-abortion protesters, so she broadcasted them on TikTok