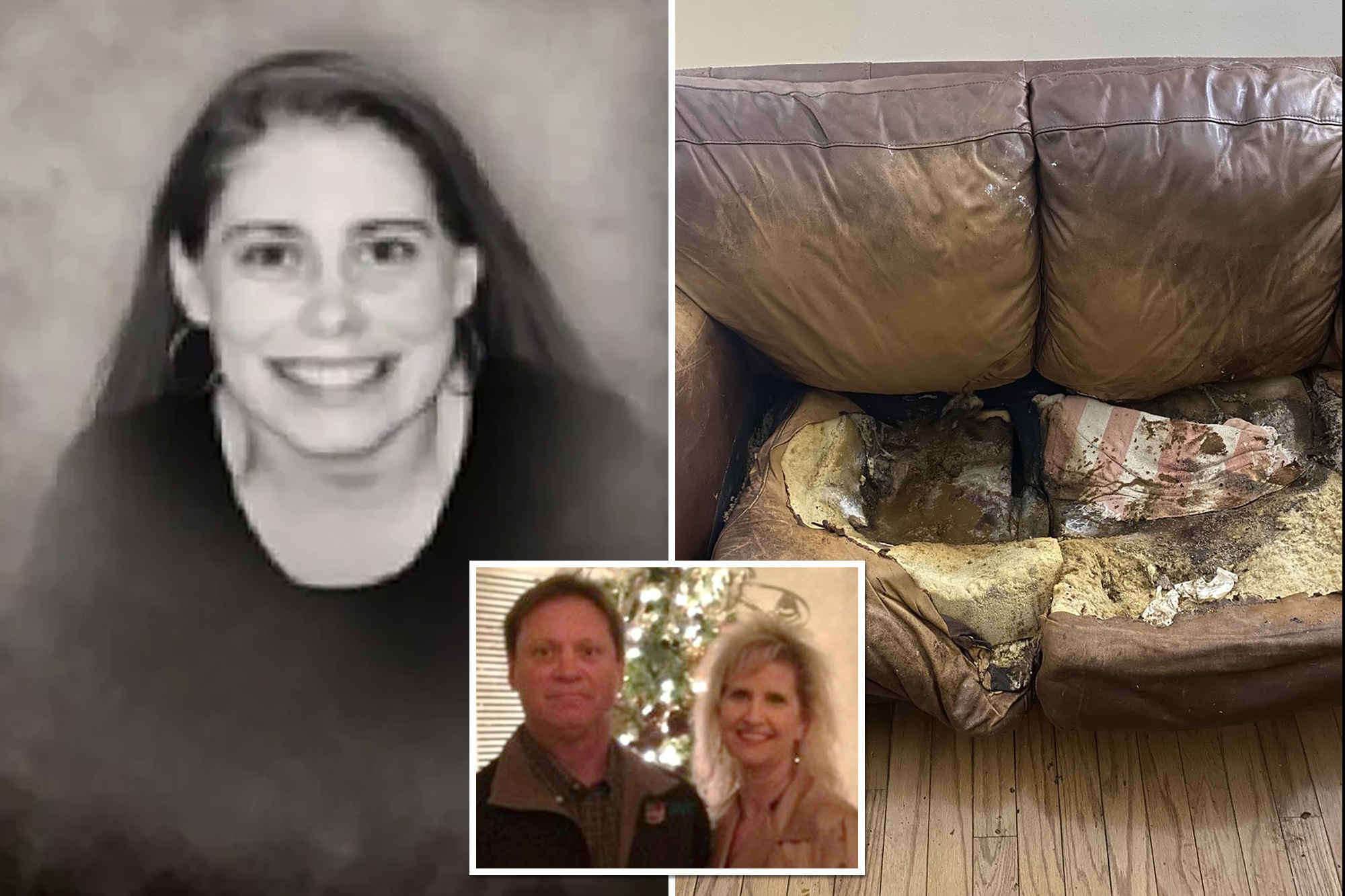 A 36-year-old Louisiana woman who suffered from locked-in syndrome was found dead in her parents’ home — with her emaciated and feces-covered body “melted” into the couch.

The body of Lacey Ellen Fletcher was found Jan. 3 sunken into a hole in the living room couch at the Slaughter home of Lacey Fletcher and her parents, Sheila and Clay Fletcher, NOLA.com reported.

Sheila called 911 that morning from the home on Tom Drive, where responding police officers encountered a gruesome scene and a strong stench, District Attorney Sam D’Aquilla told the outlet.

In what officials said was one of the worst cases of neglect in memory, the East Feliciana Parish coroner ruled Lacey’s shocking death a homicide – leading to a criminal investigation.

“The caretakers just let her sit on the couch. She just urinated and used the bathroom on the couch,” D’Aquilla told NOLA.com this week.

Lacey Fletcher reportedly suffered from locked-in syndrome, a rare neurological disorder characterized by complete paralysis of voluntary muscles, except for the eyes.Handout

“It was so horrific,” he said, adding that it was unclear when Lacey had last moved from the spot in the house near Hog Bayou, but it might have been years.

D’Aquilla told the news outlet that he will ask a grand jury on Monday to bring second-degree murder charges against her parents.

According to the Daily Mail, Lacey suffered from locked-in syndrome, a rare neurological disorder characterized by complete paralysis of voluntary muscles, except for the eyes.

The coroner, Dr. Ewell Bickham, told the Mail that Lacey had not seen a doctor in 20 years.

When she was found, her feet were crossed under her — dug deep into the hole she’d worn through the upholstery and foam padding, which was filled with stool and urine, NOLA.com reported.

District Attorney Sam D’Aquilla said it might have been years since Fletcher moved from the couch.East Feliciana Parish Coroner’s

Severe ulcers also covered her underside, which appeared “rotten to the bone,” D’Aquilla told the outlet.

He said Lacey weighed only 96 pounds and also was infected with COVID-19.

“The question on everybody’s mind is, how could they be caretakers living in the house with her and have her get in a condition like that?” D’Aquilla told NOLA.com.

The parents’ lawyer, Steven Moore, said in a statement to WBRZ: “They don’t want to relive the pain of losing a child through the media. They have been through a lot of heartache over the years. Anyone who had lost a child knows what it’s like.”

Fletcher’s parents considered getting a commitment order to place her in a medical facility, but it never happened.Facebook

The mother was a town alderman who resigned from her post in February, according to WBRZ. The father is reportedly an officer of the Baton Rouge Civil War Roundtable, a nonprofit whose mission is “to educate and foster an appreciation for the sacrifices made by all during the Civil War.”

The parents told detectives on Jan. 18 that Lacey was sound intellectually until the end, according to the outlet.

D’Aquilla also said she had developed “some degree of Asperger’s syndrome,” a developmental disorder on the autism spectrum.

Her parents considered getting a commitment order to place her in a medical facility, but it never happened after she balked, D’Aquilla told the outlet, citing a police report.

Sheila told police she last saw her daughter alive at 10 p.m. that night and awoke in a chair in the living room to find her dead.

Second-degree murder charges carry a mandatory sentence of a life prison sentence with no parole for adults upon a conviction.

Couple in Ukraine had their home destroyed, but they don't blame Putin

What Is a Sun Allergy? Experts Explain the Rare Skin Condition

Hair-Care Brand Briogeo Has Been Acquired by Wella Company