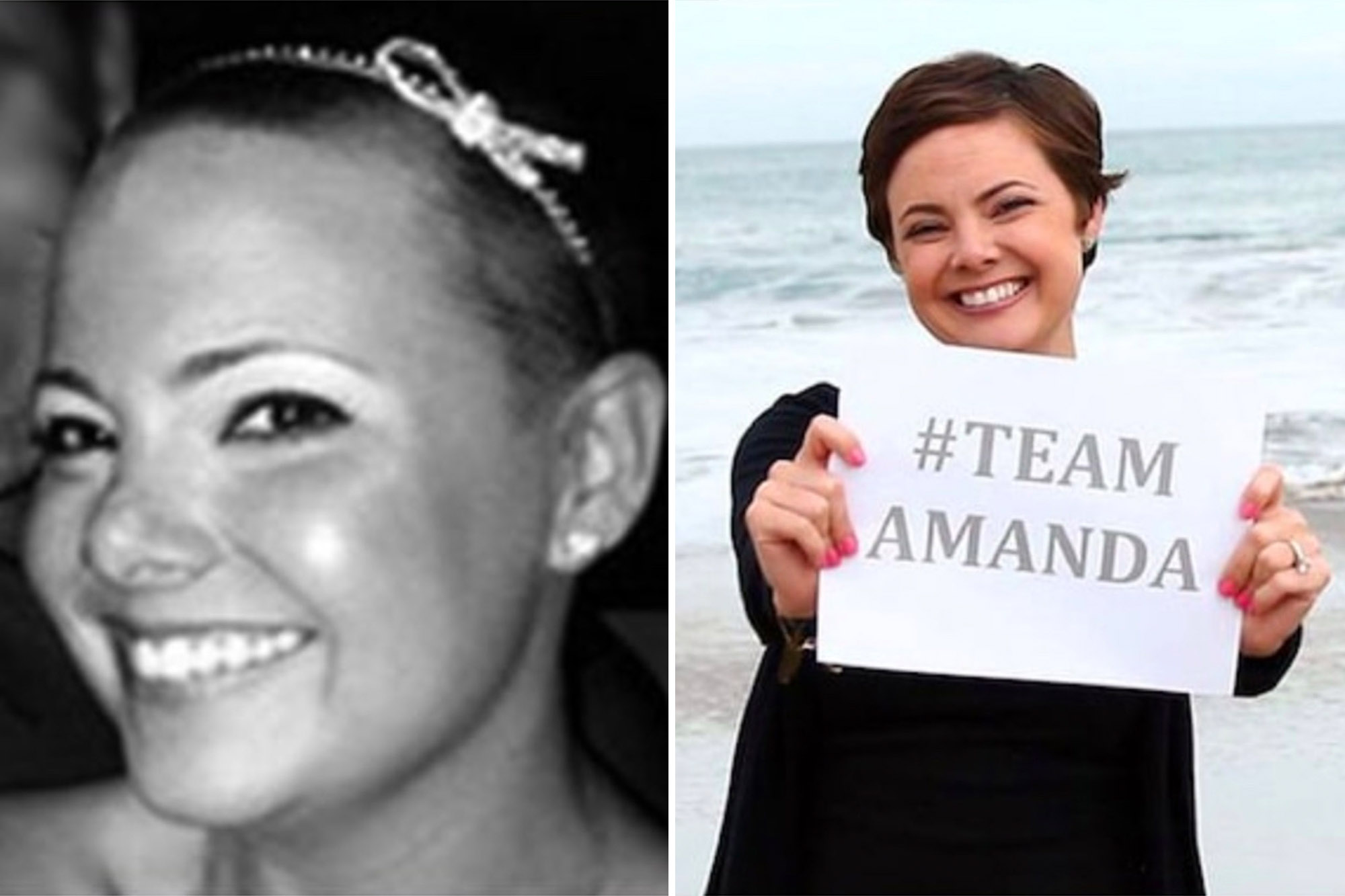 A California woman was sentenced to five years in prison on Tuesday after pleading guilty to soliciting over $100,000 in donations for cancer treatment that she never even needed or received.

Amanda Christine Riley, from San Jose, faked a Hodgkin’s lymphoma diagnosis, claiming in 2012 that she needed donations for her medical expenses.

Now, the 37-year-old has been ordered to pay restitution for everyone she scammed and will be supervised for three years after being released from prison.

Instead of the $105,513 in donations going towards cancer treatments, she pocketed the money and used it for daily needs.

It wasn’t until 2019 that her ruse was up, outed by the Internal Revenue Service and charged with one count of wire fraud in 2020, which she pleaded guilty to last fall.

Since beginning her bogus campaign in October 2012, she launched her personal blog titled “Lymphoma Can Suck It,” posting photos of herself online talking about her treatment and special cancer drugs.

But that’s not all – she also falsified medical documents and forged doctors’ notes and certificates to make her false illness as real as possible.

Her support page, which was linked to her blog, detailed her “battle with cancer,” claiming she was diagnosed in June 2012 and had a brief remission until the lymphoma came back “with a vengeance” as Stage 4 metastatic cancer. In the description, she said she required chemotherapy and radiation at various hospitals like John Hopkins.

On the site, there was once a “donate now” button for generous people to fund her treatments, making donations in the name of supporting her and helping her “battle with cancer.” Friends, family and even members of her church donated to the cause, money all deposited into her personal bank account.

Other monetary donations flowed in from Facebook, a CrossFit fundraiser, raffles, various sales and even eBay auctions, which included an electric guitar signed by country musicians LeAnn Rimes and John Michael Montgomery.

Even Riley’s family was convinced that she had lymphoma and loyally stood beside her; she even went so far as to sue someone who questioned it.

But the troubling reality was: Riley never had cancer and was never even sick.

She pleaded guilty, admitting that between September 2012 and January 2019 she swindled thousands from unsuspecting donors through her false claims that she was battling cancer.

‘Riley had no cancer-related expenses, and donors’ funds were simply deposited into Riley’s personal bank account.’

Riley ultimately lost her job as principal at Pac Point Christina Academy in Gilroy and moved her family – husband Cory and their two sons – to Texas.

The Daily Mail obtained court documents that stated her attorneys reasoned with the judge, Beth Labson Freeman, for Riley to only spend five years locked up.

“Ms. Riley recognizes the seriousness of her offense,” wrote public defender Jodi Linker to the judge. “She is extremely remorseful and is determined to do everything possible both to make restitution and to earn the forgiveness of the people she has hurt.”

While Linker defended Riley as a “devoted wife and mother” as well as a “gifted teacher” before the demise of her career, she also suggested Riley was dealing with mental health problems.

“On the surface, Ms. Riley’s upbringing appears to have been relatively stable,” Linker continued, noting unspecified “traumatic events” in Riley’s younger years. “Her parents fought often and sometimes imposed harsh punishments on the children, but her basic needs were met, and while she did not have many friends growing up, she was an excellent student who participated in extracurricular activities.”

Family and former co-workers testified Tuesday in court about how “caring” Riley is. Even Ginny Whelchel, a teacher at Pac Point Christian School, said Riley “spent considerable time with troubled students and their families.”

‘After you’ve been living with a big lie on your chest for years, I can imagine it becomes part of your identity.’

Riley’s brother, Tom Maneri, called Riley’s actions “significant and life-changing” mistakes that “most likely started out as an outcry for attention and help.”

“I’m confident she was in too deep and didn’t know how to climb back out of the hole she had been digging for so long,” he said in a written statement in court. “After you’ve been living with a big lie on your chest for years, I can imagine it becomes part of your identity.”

He added that he is eager to move past the “legal repercussions of her actions” so that his family can “work towards a healthier and brighter future.”

Her father, Thomas Maneri, also called Riley “thoughtful and kind” in his own written statement, adding that she put “other people’s feelings often before her own.”

“I’ve tried to be equally supportive of Amanda, and although she didn’t have cancer, she has struggled with several other physical health issues,” he said. “She has always wanted my approval, and I know it breaks her heart to let me down.”

He was heartbroken, he continued, when he saw how her “horrible decision” weighed on her.

“Our family struggled last Fall when Amanda finally told us all the truth,” he wrote. “But thru our anger, we still see the light in her and have seen the Hell she has been through that we wouldn’t wish on anyone.”

How Trump avoided taxes for so many years