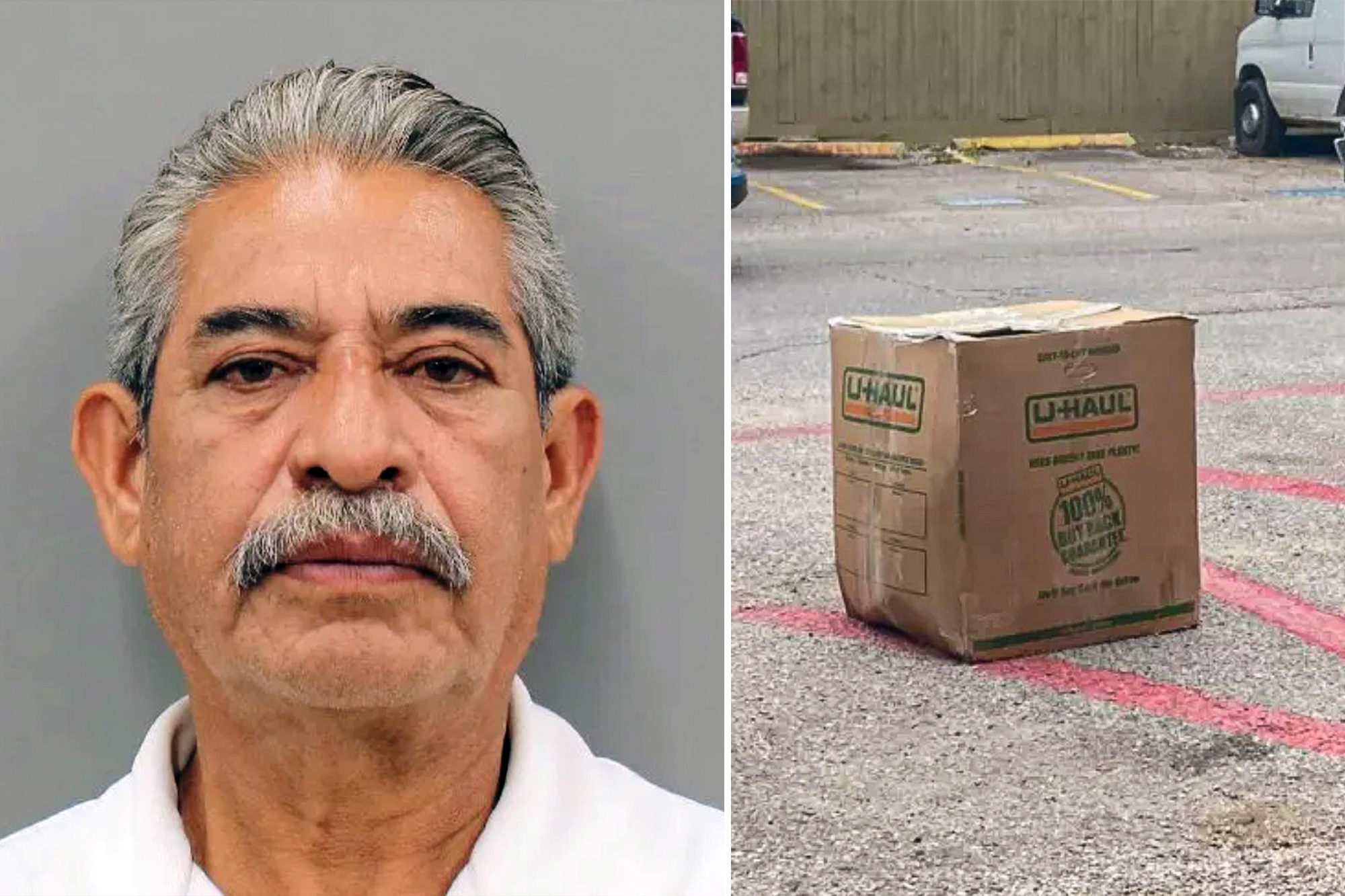 Texas prosecutors have upgraded a suspect’s charges from evidence tampering to murder in the case of a woman’s decomposing body that was discovered inside a U-Haul box last month.

Miguel Angel Moreno, 60, is accused of bludgeoning the victim to death and stuffing her corpse into a cardboard container, which was found on April 17 in the parking lot of an apartment complex on Bissonnett Street in Houston.

Earlier this week, authorities identified the dead woman as Flor Aidee Vega, reported KPRC. Her relationship with Moreno, if any, has not been disclosed.

According to a criminal complaint filed in Harris County Criminal Court Thursday, Moreno allegedly killed Vega by striking her “with a blunt object.”

Moreno, a native of Mexico who has lived in Texas for 25 years, was initially charged with tampering and fabricating physical evidence — human corpse, after telling detectives that someone had left the bloodstained box in his apartment, and that he then carted it outside to avoid getting in trouble.

The deceased woman has been identified as Flor Aidee Vega. Houston Police Department

According to police, surveillance video showed the suspect dump the box on the sidewalk at the apartment complex.

Police were called to the scene after two neighbors reported smelling a foul odor coming from the box.

When officers opened the U-Haul container, they discovered Vega’s corpse inside.

According to the Harris County Medical Examiner’s Office, the victim’s body was covered in a green fitted sheet and plastic wrap.

Miguel Angel Moreno was originally charged with tampering with evidence but the charge has since been upgraded to murder. Houston Police Department

Vega’s facial bones were fractured, and her face showed signs of being slashed with a machete or an ax.

Police officers executed a search warrant at Moreno’s apartment and found a blood-soaked mattress covered in sheets and plastic. More blood was found throughout the apartment.

When questioned by the police, Moreno allegedly said that he had not been in the apartment for the past several days. He also claimed that someone broke into his unit and dropped off the U-Haul box.

Police say a maintenance man reported a suspicious box with a bad odor outside an apartment complex in southwest Houston. KPRC

According to Moreno, the box had a bad odor and was splattered with blood, so he moved it outside.

Court records indicate that Moreno has a criminal history in Texas dating back to at least 1995, which includes charges of assault causing bodily injury, criminal mischief, DWI and driving while license suspended.

Daughters of missing Colorado woman stand by their father

Worker fired for being 'irresistible'