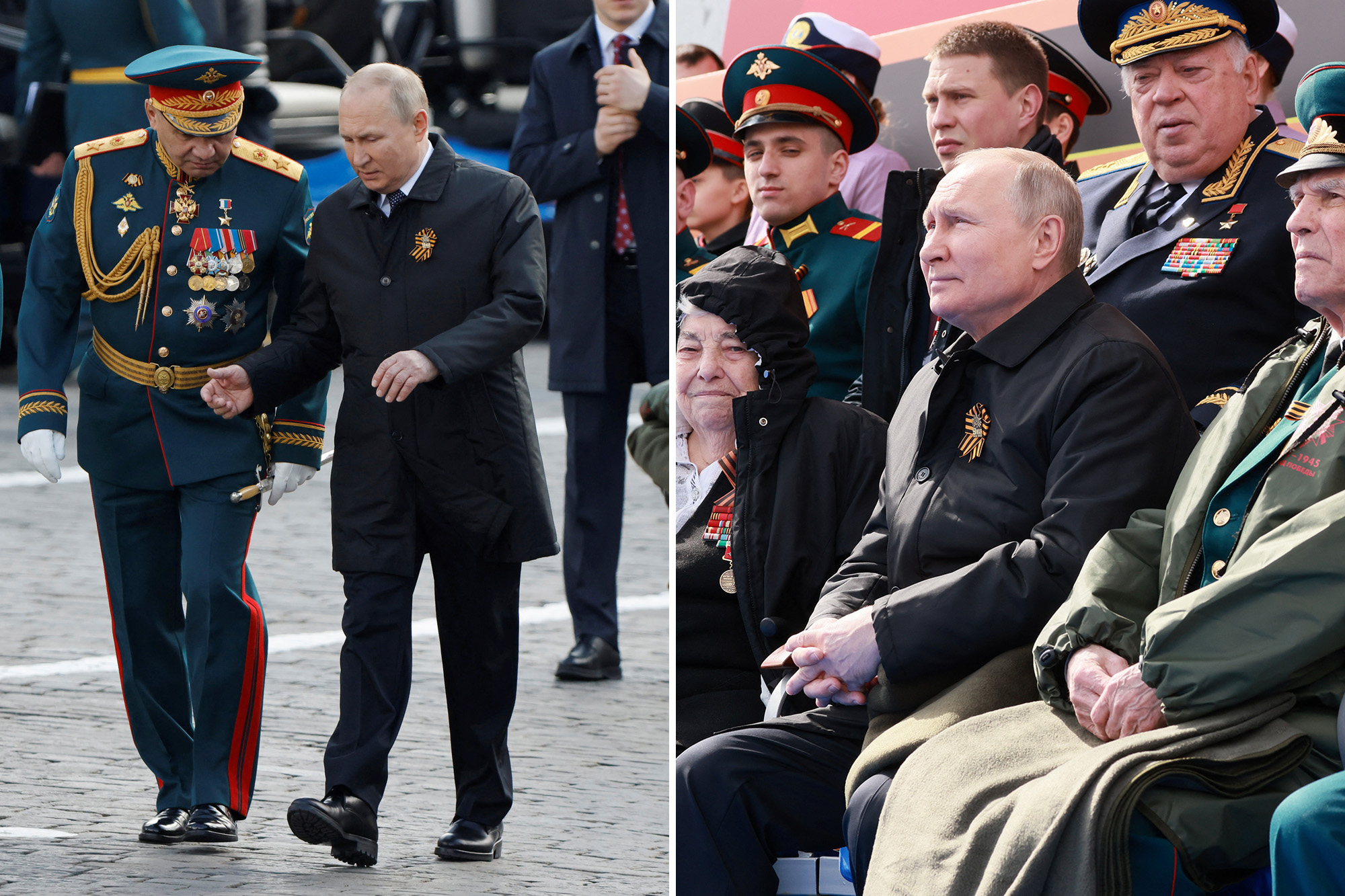 Russian President Vladimir Putin sat with a heavy blanket across his legs and appeared to be limping during a massive Victory Parade on Monday – renewing speculation about the strongman’s health.

Putin, 69, appeared to be the only one covering his knees with the blanket while surrounded by far older World War II vets, the Mirror reported.

“President Vladimir Putin throws aside his Russian Wool blanket to stride manfully to the unknown,” one user commented on Twitter.

Another quipped that Putin “stole a blanket from a veteran.”

Former British diplomat Sir Tony Brenton said: “The heavy blanket is an interesting detail. There have been regular rumors of ill health in Putin, which of course have not been acknowledged by the Kremlin,” The Sun reported.

“But he has been locked away as a result of COVID for the last two years and is only now having to re-engage,” he said.

“Those people who have spoken to him, people like (French President Emmanuel) Macron and the Americans, have reported back less coherence than they are used to getting from him,” Brenton continued.

“So there are reasons to be worried about him. But we need to be a little bit careful about what we wish for,” he added.

Meanwhile, the temperature in Moscow was only a slightly nippy 48 degrees Fahrenheit.

Putin later walked in a pronounced gait in what may have been an attempt to hide a limp on his way to the Tomb of the Unknown Solider to lay a wrath, the Daily Mail reported.

Questions about Putin’s health have swirled after he was recently seen looking swollen and awkwardly gripping a table for support in a clip released by the Kremlin from a meeting with Defense Minister Sergei Shoigu.

He also appeared unsteady during an Orthodox Easter service in Moscow – though some reports have suggested he wasn’t even there and that the video was doctored by the Kremlin.

A video posted on the Twitter page Visegrad 24 showed him before a recent meeting with Belarusian President Alexander Lukashenko.

He was seen holding up his hand, which appears to be shaking until he presses it against his chest, and then walking awkwardly toward Lukashenko and embracing him.

Other reports have suggested that Putin has recently had 35 secret meetings with a cancer doctor — and has become so paranoid about his health that he has turned to unconventional therapies.

Russian President Vladimir Putin giving a speech as servicemen line up on Red Square during the Victory Day military parade in central Moscow on May 9, 2022.KIRILL KUDRYAVTSEV/AFP via Getty Images

The Russian leader is said to bathe in blood extracted from deer antlers, which are hacked off while they are growing and still full of fresh blood, according to Russian investigative outlet The Project.

The Kremlin has denied any allegations that the warmongering is in poor health.

On Monday, he used the massive parade to justify his brutal war on Ukraine — telling 11,000 gathered troops that they must battle on for Russia’s survival and to stop the “horror of a global war.”

Acosta breaks down 'the problem' for Marjorie Taylor Greene after testimony

Smerconish: Are Democrats moving too far to the left?

Phoebe Dynevor Gets Ready for the Vogue Pre-Party | Vogue