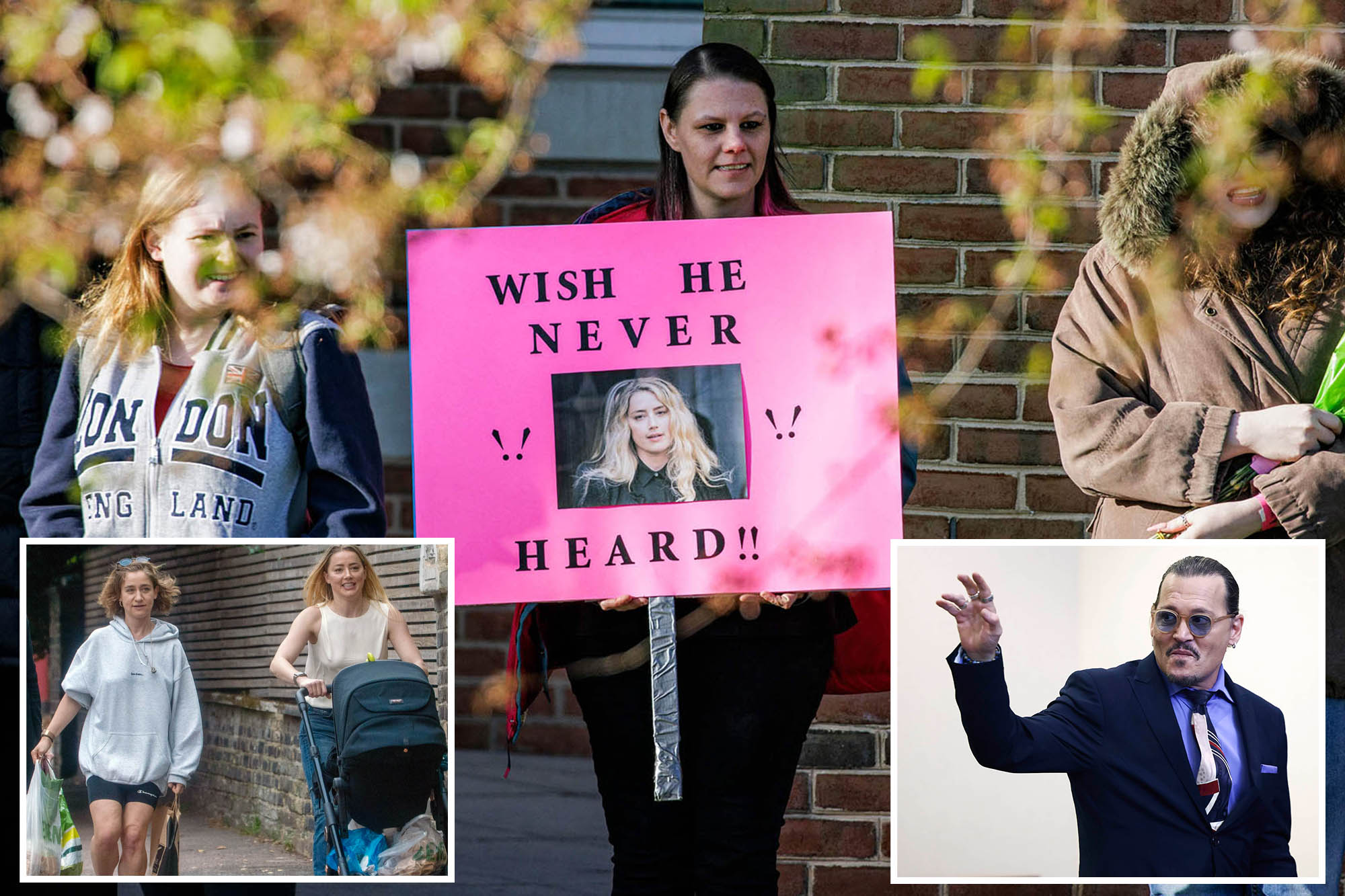 Amber Heard’s close friend Eve Barlow blasted women who support the actress’ ex-husband, Johnny Depp, in their court battle for being driven by “envy” and their own “low self-esteem.”

Barlow, a British music journalist, argued Tuesday that women “hate” Heard, 36, in part because of their jealousy over her appearance.

“It’s easy for women with low self-esteem to hate AH [Amber Heard] or justify their prejudice towards archetypal feminine strength/beauty by denying their envy of it,” Barlow tweeted Tuesday. “They perceive an afforded power that’s truly a myth, and excuse their own inefficiency at being resilient against misogyny.”

Barlow — who made headlines at the start of the sensational $50 million defamation trial between the former couple when she was dramatically ejected from the Virginia courtroom for texting and tweeting in the front row — argued that the actress has “had to fight for her life,” despite her celebrity status.

“She still wasn’t afforded a savior. It’s much easier to get behind a woman who plays the damsel in distress than it is to empathize with a woman who has had to liberate herself,” Barlow wrote.

Supporters of Johnny Depp stand with a sign outside the courthouse.BACKGRID

Fans of Johnny Depp hold up signs of support during the actor’s suit against Amber Heard.Samuel Corum/AFP via Getty Images

Barlow, a former deputy editor of the British music and culture website NME and a New York Magazine contributor, was responding to a tweet by Dr. Charlotte Proudman, who had asked her followers: “Do women hate other women? And if you think they do, why?”

Depp sued Heard over an op-ed piece she wrote in the Washington Post in 2018 in which Heard refers to herself as a “public figure representing domestic abuse.”

The essay at the heart of the trial doesn’t mention Depp by name, but he says it clearly refers to allegations Heard made in other forums that she suffered physical abuse at his hands. Depp denies the claims.

Eve Barlow is a former deputy editor of the British music and culture website NME, and a New York Magazine contributor.Amanda Edwards/Getty Images

During several days of emotional testimony last week, Heard recounted from the witness stand how Depp allegedly attacked her during fights fueled by drugs and jealousy, and how on occasion in 2015 he threatened to “carve up” her face with a bottle, before inserting one inside her, she said.

Heard’s testimony will continue next Monday, once the trial resumes after a one-week break.

Barlow has been using her public platform to target Heard’s numerous critics, among them women, who have accused the “Aquaman” star of lying about being abused by Depp during their turbulent marriage.

Eve Barlow has lashed out at people accusing Amber Heard of lying about being abused by Johnny Depp during their turbulent marriage.Jim Lo Scalzo/Pool via AP

At the start of the trial, Eve Barlow was ejected from the courtroom for texting and tweeting in the front row.Jim Lo Scalzo/Pool via AP

Barlow has previously condemned a new TikTok trend that has seen people — and sometimes cats in wigs — re-enacting Heard’s testimony about being allegedly abused by her ex-husband for comedic effect.

“Listen, anyone protecting the TikTok abuse of Amber Heard is acting in bad faith,” the music journalist tweeted at her 48,500 followers Monday. “You can’t argue that it doesn’t have a chilling effect on survivors from coming forward. Anyone actively mocking testimony about abuse is contributing to that silencing. Period.”

Keilar on Tucker Carlson: Why is Fox airing 'anti-democratic BS'?