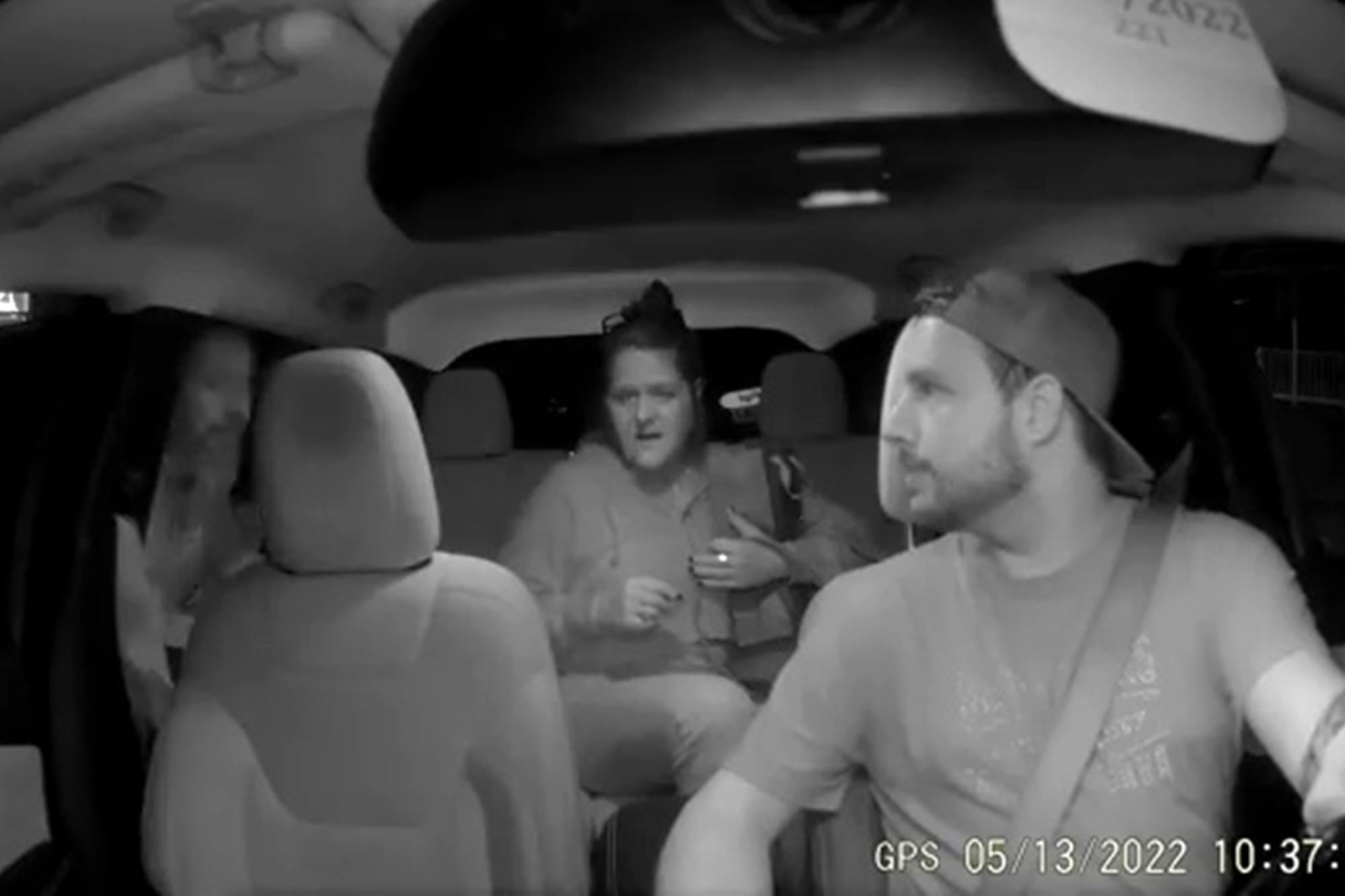 A Lyft driver in Pennsylvania ordered a couple out of his car after the woman made racist remarks, expressing surprise to see a “white guy” behind the wheel, video shows.

“Wow, you’re like a white guy,” the woman tells the shocked Bode.

“You’re like a normal guy, like you speak English,” the woman says, laughingly, as she pats his shoulder and adds, “Sorry.”

“Nah, you can get out of the car,” Bode tells her. “That’s inappropriate, that’s completely inappropriate. If somebody was not white sitting in this seat, what would be the difference?”

“Are you serious?” she asks.

When her male companion steps inside the vehicle, Bode tells him about what she had said and asks the couple to leave.

But the man turns indignant and is heard cursing Bode.

“It’s all on camera, man,” Bode informs them.

The woman was identified as bar owner Jackie Harford, who reportedly shut down the joint’s website and Facebook page, as well as deleting her personal page.facebook

On his Facebook page, the driver wrote that “the ride was for a ‘Jackie.’ “

“There was a police report filed (only because of the assault threat) not sure if that will do anything…if you make me feel uncomfortable, I will absolutely do the same especially in my car or property,” he added.

“Thank you for showing how to calmly and courageously be anti-racist. I respect and admire you,” one user wrote on his post.

Hartford’s bar — Fossil’s Last Stand — was slammed with one-star ratings on Yelp amid the fallout.facebook

“Good job James Bode. You were calm and did the right thing. Kudos to you,” another said.

The Morning Call identified the woman as bar owner Jackie Harford, who reportedly shut down the joint’s website and Facebook page, as well as deleted her personal page.

The male passenger threatened to punch Bode after being asked to leave the vehicle due to the racist comments. facebook

“I appreciate it, truly,” he wrote. “But this is the way it should be everywhere, every time. I shouldn’t be ‘the guy’ who did it or said it…we should all be that person.”

He added: “Speak up if you’re uncomfortable with it because it makes them uncomfortable, as they should be. F—- racism.”

Meanwhile, Hartford’s bar — Fossil’s Last Stand — was slammed with one-star ratings on Yelp amid the fallout.

Catasauqua Police Chief Douglas Kish said the police report was filed about 10:30 p.m. Friday and that the matter is under investigation.facebook

“This business recently received increased public attention resulting in an influx of people posting their views to this page, so we have temporarily disabled the ability to post here as we work to investigate the content,” the site said in a “public attention alert.”

“While racism has no place on Yelp and we unequivocally reject racism or discrimination in any form, all reviews on Yelp must reflect an actual first-hand consumer experience,” it added.

One Yelp user earlier wrote, “Are masks required (at Fossil’s Last Stand) or do customers need to bring their own white hood,” the Morning Call reported.

Catasauqua Police Chief Douglas Kish told The Post that the police report was filed about 10:30 p.m. Friday and that the matter is under investigation.

Lyft did not respond to a request for comment.