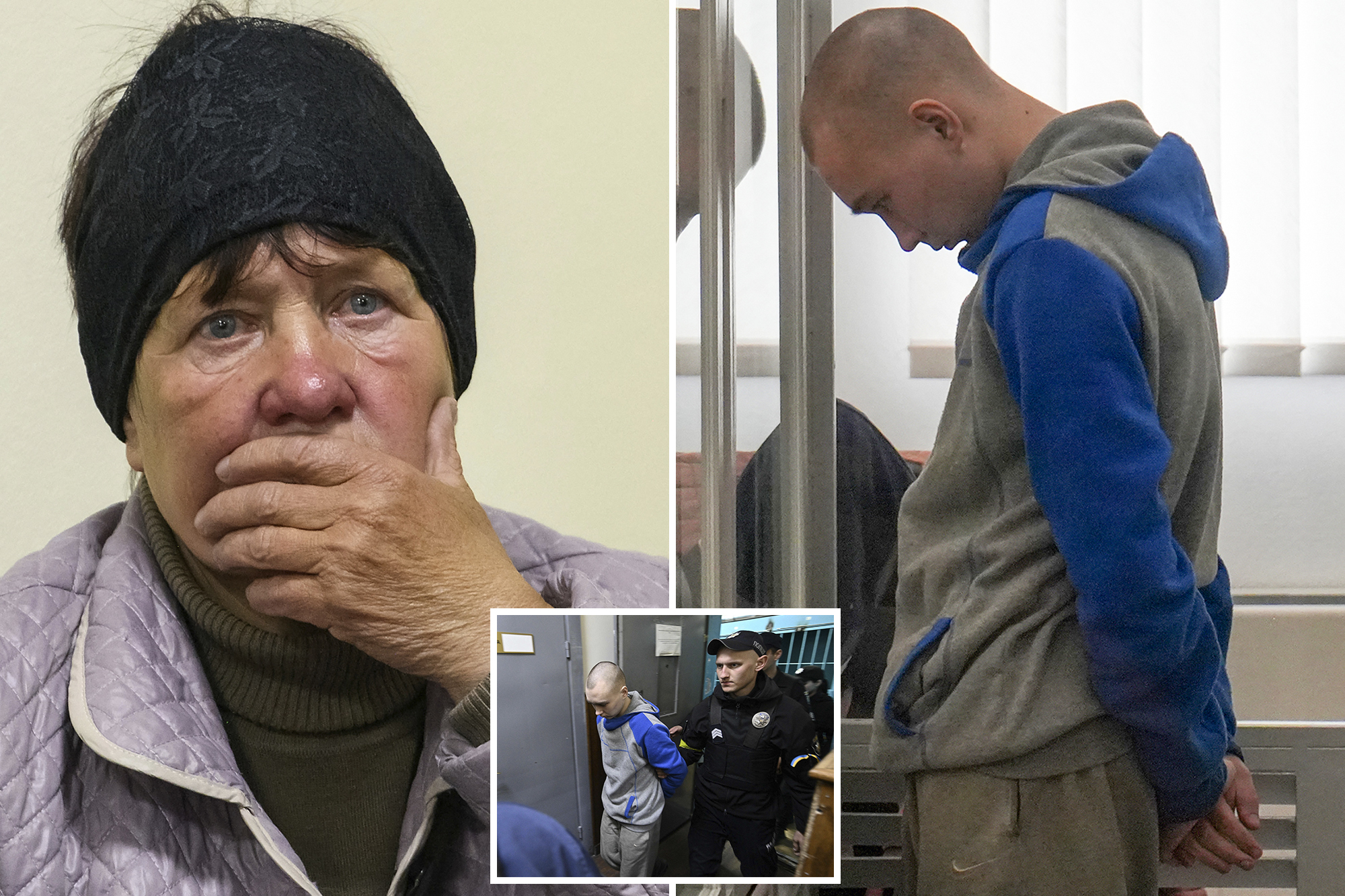 A Ukrainian widow confronted the Russian soldier who murdered her husband in cold blood in the first days of the war — grilling the baby-faced 21-year-old soldier on the invasion and whether he felt any remorse during the powerful exchange.

“Tell me, what did you feel when you killed my husband? Do you repent of this crime?” Kateryna Shelipova demanded as she looked straight at Sgt. Vadim Shishimarin in a Kyiv district court Thursday.

It is the first war crimes trial since hostilities broke out.

“Yes. I admit guilt,” Shishimarin told Shelipova. “I understand that you will not be able to forgive me. I ask for forgiveness.”

The woman continued asking the Russian tank commander tough questions about the war and his role in it.

“Tell me, please, why did you [Russians] come here? To protect us?” she asked. “Protect us from whom? Did you protect me from my husband, whom you killed?”

The young soldier then remained silent.

Shishimarin is accused of firing several shots with an assault rifle at Shelipov’s head from an open car window after being given an order.EPA/OLEG PETRASYUK

Shishimarin entered a guilty plea the day before in the Feb. 28 killing of Kateryna’s husband, a 62-year-old tractor operator named Oleksandr Shelipov.

Shelipov died in the northeast Ukrainian village of Chupakhivka, just four days after the war broke out on Feb. 24.

His widow told the court she heard shots fired from their yard and called out to her husband, who was unarmed and wearing civilian clothes. By the time Kateryna went outside, Oleksandr was already dead.

Shelipova told the court that Shishimarin deserves a life sentence for killing her husband .SERGEI SUPINSKY/AFP via Getty Images

“I screamed so much,” Shelipova told the court. “He was my everything. He was my defender.”

Shishimarin is accused of firing several shots with an assault rifle at Shelipov’s head from a an open car window after being given an order.

Looking subdued, Shishimarin said he at first disobeyed his immediate commanding officer’s order to shoot the unarmed civilian but had no other choice but to follow the order when it was repeated forcefully by another officer.

Shelipova is seen during the trial earlier in the week.REUTERS/Vladyslav Musiienko

Shishimarin said he at first disobeyed his immediate commanding officer’s order to shoot the unarmed civilian.GENYA SAVILOV/AFP via Getty Images

Shishimarin told the court that the officer insisted that the Ukrainian man, who was speaking on his cellphone, could pinpoint their location to the Ukrainian forces.

The Kremlin has said it has no information about the trial and that the absence of a diplomatic mission in Ukraine limits its ability to provide legal assistance.

Shelipova told the court that Shishimarin deserves a life sentence for killing her husband but added that she wouldn’t mind if he’s exchanged as part of a possible prisoner swap with Russia for the surrendered Ukrainian defenders of the Azovstal steelworks in Mariupol.

The prosecutor asked for a life sentence for Shishimarin and the trial adjourned until Friday.

Elsewhere during the months of conflict, Ukraine has accused Russia of atrocities and brutality against civilians and has identified what it says are more than 10,000 possible war crimes.

The International Criminal Court is leading a team of prosecutors investigating war crimes allegations in the country.

Russia has denied targeting civilians or involvement in such crimes.