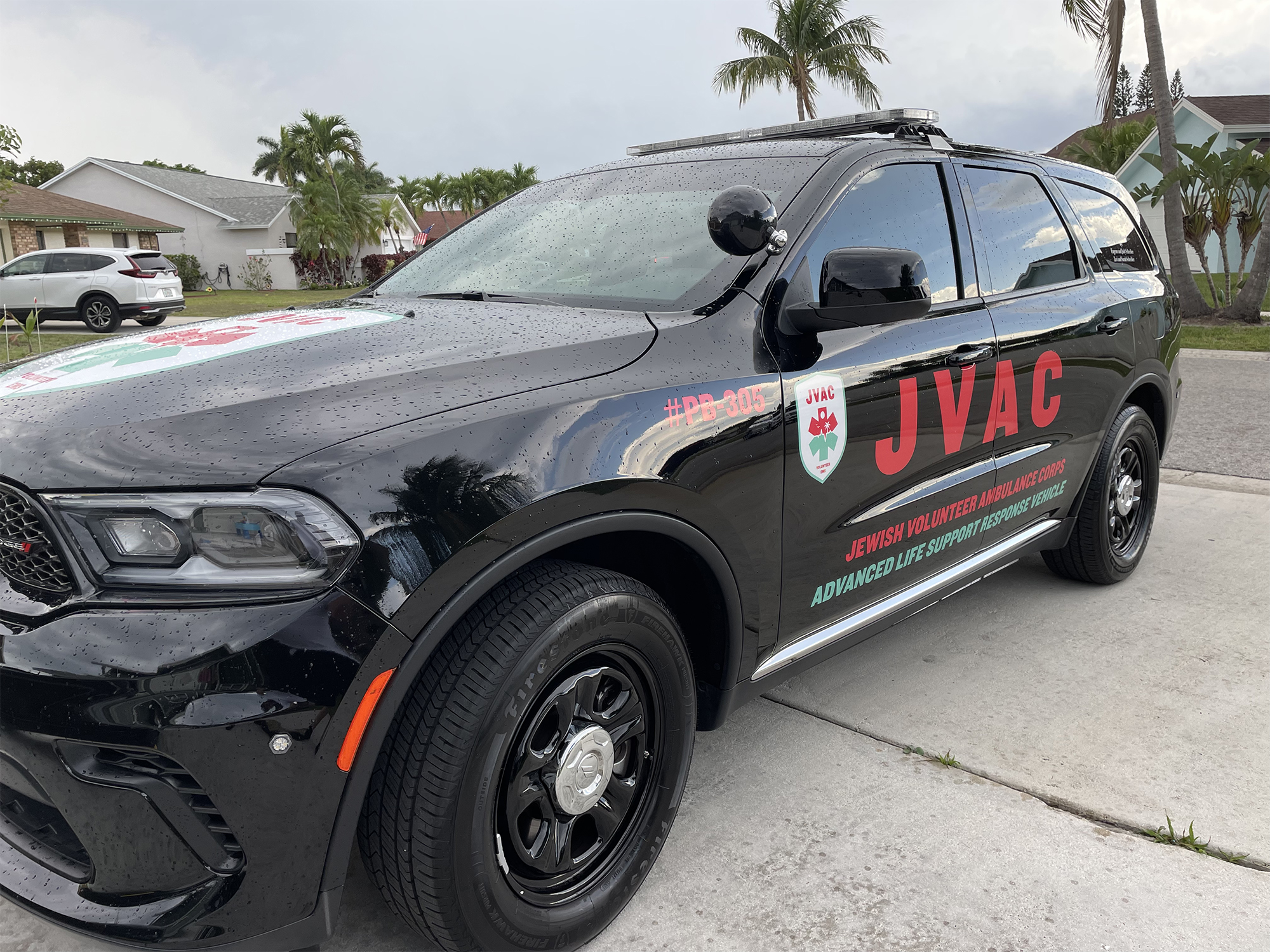 New York-based Jewish ambulance service Chevra Hatzalah is trying to snuff out a similar group in Florida — because they employ female EMTs, the founder of the Sunshine State-based volunteer program claims.

When Isaac Hersh, 30, started Hatzalah of Palm Beach and Hatzalah of South Florida last year — modeled off the Big Apple’s Chevra Hatzalah EMS corp — he was proud to be giving back to his Orthodox Jewish community.

But now Hersh says he is drowning in legal fees after Chevra Hatzalah sued him in November for using part of its name. He alleges the suit is actually a ploy by the Big Apple service to maintain market control and punish him for hiring women.

Allowing women to be EMTs is “a highly controversial move in the eyes of Chevra Hatzalah, who has a strict policy of orthodox males being the sole applicant allowed to join in most capacities,” Hersh said in a statement to The Post.

Still, “our initial reaction was shock,” he said of the lawsuit, adding it is “inconceivable to think that one lifesaving non-profit organization would behave like this to another.”

The suit makes no mention of female EMTs. But Hersh says he believes the impetus for the complaint was the fact that he employs both men and women.

Before founding the group, which he has since renamed JVAC (Jewish Volunteer Ambulance Corp), Hersh said he consulted with leading Boca Raton Rabbinic leaders and got written approval to allow women to perform any and all roles in his volunteer ambulance service.

Meanwhile, Chevra Hatzalah operates as a male-only organization with no intention of changing. The group even went to lengths trying to stop an all-female New York-based Jewish EMS service, Ezras Nashim, claiming it would be immodest for women to be EMTs, The Post reported in 2019.

Chevra Hatzalah, in its suit, claims Hersh’s Florida EMS corp would intentionally “cause confusion in the marketplace.” It cited a South Florida Sun-Sentinel article in which Hersh said his organization “has been serving Jewish communities throughout the globe since the 1960s.”

But the Boca Raton dad pushed back on Chevra Hatzalah’s claims.

“The word ‘Hatzalah’ literally translates to the word ‘rescue’ in Hebrew and is utilized with similar volunteer EMS organizations both nationally and internationally that are independent of New York’s Chevra Hatzalah,” he said.

Chevra Hatzalah operates as a male-only organization with no intention of changing.

Even within the New York area, there are Jewish EMS groups not affiliated with Chevra Hatzalah that use “Hatzalah” in their names, The Post has found.

Hersh believes another reason behind the lawsuit is Chevra Hatzalah’s drive for total market monopolization.

Six months after filing the suit, the registered nonprofit has spent more than $150,000 fighting Hersh, two sources with direct knowledge of the group’s inner workings told The Post.

Hersh believes another reason behind the lawsuit is Chevra Hatzalah’s drive for total market monopolization.

“This is money that they received from donors to help sick people,” a second source said, adding patient care should be their priority. “Donors don’t care about their trademark or any nonsense like that.

“Their interest is controlling everything they feel is connected to them even in a very distant way from their organization… They act like Moses came down from the mountain and gave them permission to do whatever they want to do,” the source added.

Keep up with today’s most important news

Stay up on the very latest with Evening Update.

Chevra Hatzalah declined to comment. In an April 1 court filing, they requested Hersh be “placed under house arrest by the US Marshals” for not fully complying with a preliminary injunction.

Hersh said he and his legal team have taken extensive steps to make sure JVAC — which is already in operation and has local community support — is in full compliance of the court’s orders.

Others familiar with Chevra Hatzalah said the group is notoriously aggressive.

One of its divisions, Queens Hatzolah, is currently being accused of intimidating and blackmailing locals in Kew Garden Hills into silence for opposing an ambulance depot they want to build on a bucolic block.

“This is textbook based on everything we have seen and heard from them,” another source said of the suit against Hersh. “For decades this has been the MO of the organization.”

'They're afraid of us': Ukrainian soldier describes taking down Russian helicopter