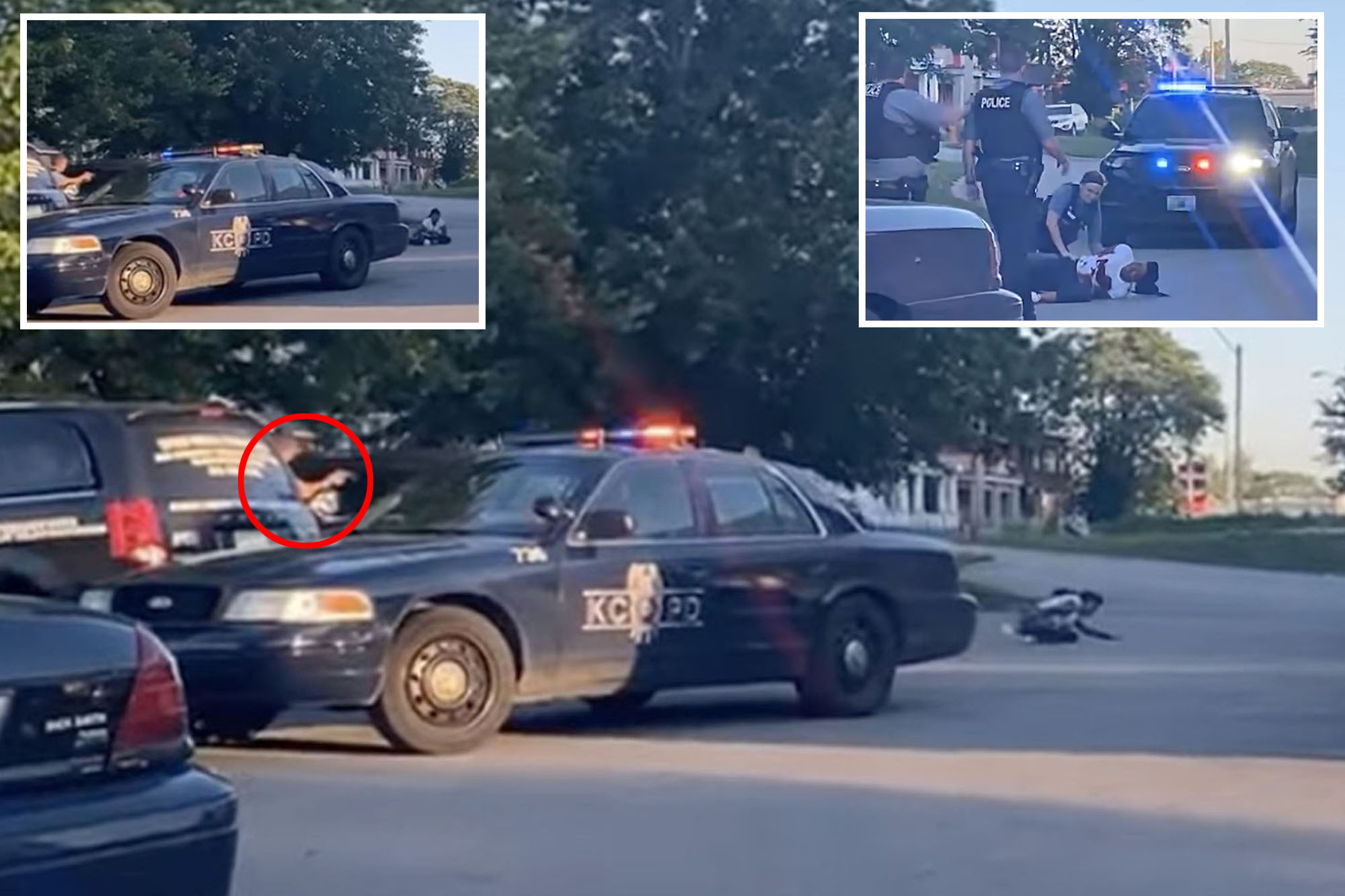 Missouri cops shot a woman five times as she tried to flee getting arrested for a suspected armed carjacking — even though she had shown that she was unarmed and told them that she was pregnant, according to a horrified witness.

“They shot her! Oh my God, they shot her!” a woman repeatedly cried out in footage she filmed in the aftermath of Friday night’s officer-involved shooting in Kansas City.

“What the f–k!” she gasped as she filmed the shot woman on the ground. “Oh my God, they shot her and they still putting her in handcuffs!”

Police confirmed to KCTV that Leonna Hale, 26, was shot by officers responding to reports of an armed carjacking at 8 p.m.

The male driver fled when cops pulled him over — and Hale was shot as she also tried to flee, Missouri State Highway Patrol, which is investigating the officer-involved shooting, told the outlet.

The police handcuffed her while she was bleeding out on the pavement.

The woman has been identified as 26-year-old Leonna Hale. https://t.co/MN336xAZXo

However, the witness who filmed it wrote on Facebook that before turning to run, Hale had “put her hands up and was talking to them to show she didn’t have a weapon in her hand!!!”

The witness, who only gave the name Shédanja, also told The Kansas City Star that Hale had only refused to get on the ground because she told cops that she was pregnant.

“She was gonna cooperate, she got scared, she ran down there and they shot her … it ain’t right!” she exclaimed in her video at the scene.

Leonna Hale, 26, was shot by officers responding to reports of an armed carjacking at 8 p.m.Facebook / Shé Danja

Shédanja did, however, say that Hale had warned that there was a gun in the car. Police later confirmed that a handgun was found nearby.

But “she did not pull out a weapon on them,” Shédanja insisted to The Star. “She did not even have a stick in her hand.

“One, two, three, four, five. I remember it because it didn’t stop. They shot five times,” Shédanja told The Star.

“They shot her! Oh my God they shot her!” a woman repeatedly cried out in footage.Facebook / Shé Danja

Footage shows the woman curled up on the ground with blood on her shirt.Faebook / Shé Danja

“I remember seeing her hit the ground and I froze,” she said, adding her sons — aged one, 10 and 13 — were all traumatized from seeing it, too.

The Kansas City Police Department’s interim police chief, Joseph Mabin, told KCTV that his officers “never want to be in these type of situations.”

“This is a holiday weekend. It’s time for friends. Not a time for violence,” he told the outlet Friday.

If Texas women are forced to give birth, men who impregnated them need to pay up, too

'Near apocalyptic': Reporter reacts to conditions for Ukrainians living in subways

If Texas women are forced to give birth, men who impregnated them need to pay up, too

Sen. Chris Murphy: GOP gives up on kids once they're born