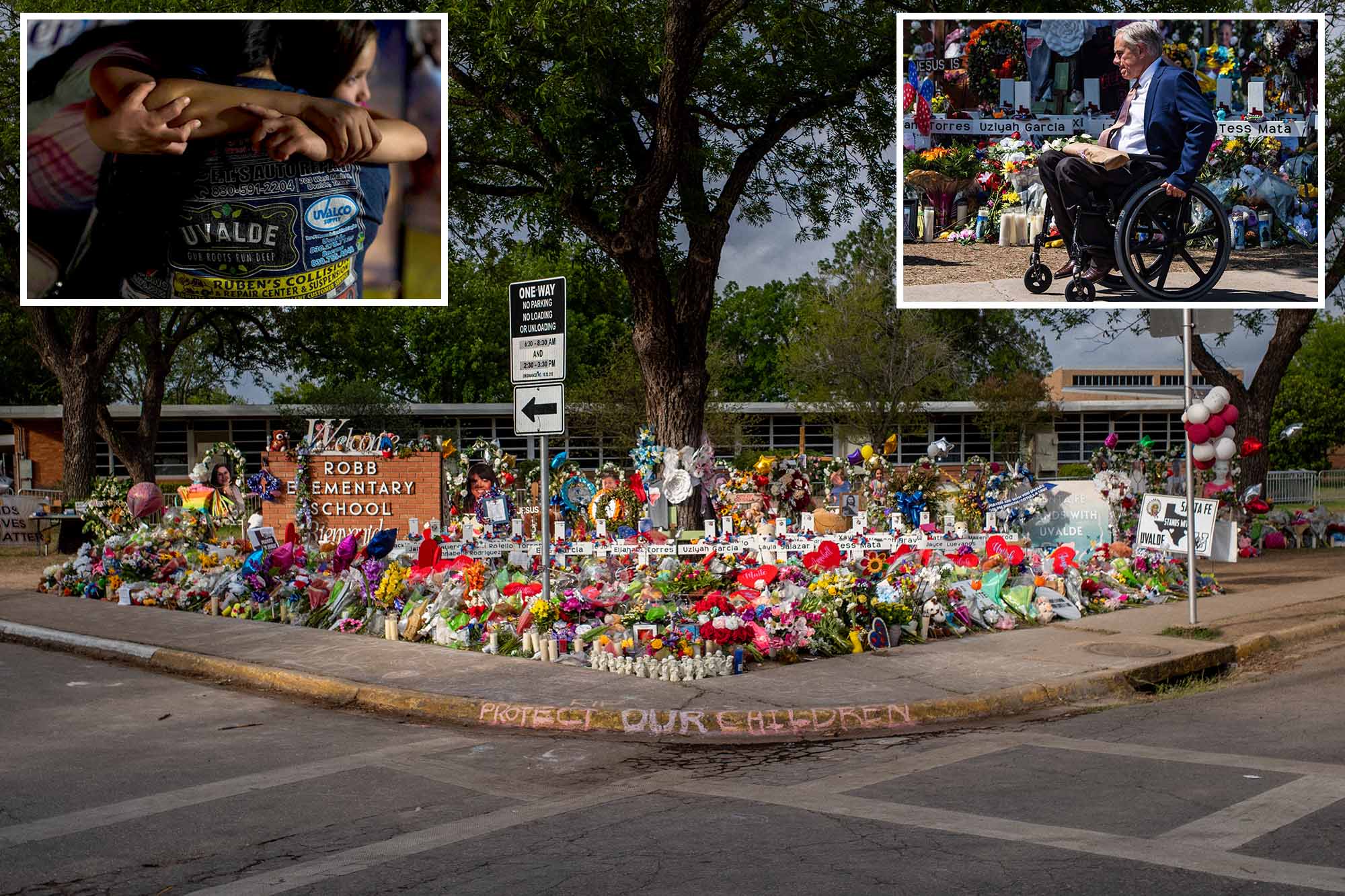 Texas Gov. Greg Abbott has ordered his state’s lawmakers to convene special legislative committees to examine school and firearm safety, mental health and police training in the wake of the Uvalde school massacre.

“As Texans mourn the tragedy that occurred at Robb Elementary School in Uvalde last week, we as a State must reassess the twin issues of school safety and mass violence. As leaders, we must come together at this time to provide solutions to protect all Texans,” the letter sent Wednesday to Lieutenant Governor Dan Patrick and Speaker Dade Phelan said.

“Accordingly, I hereby request that each of you convene a special legislative committee. I request that these committees review what steps previous legislatures have enacted, what resources the State has made available to local school districts, and make recommendations to the Legislature and the Executive Branch so that meaningful action can be made,” it continued.

On Tuesday, the governor declared a state of disaster in Uvalde, which helps accelerate all available state and local resources to assist the grieving community.

“This disaster declaration frees up the many resources available through the State of Texas and local jurisdictions to continue providing much needed support to all who were impacted and work in the community unencumbered by regulations unnecessary to respond to this tragedy,” Abbott said in a statement.

Both declarations come a week after an 18-year-old gunman barged into Robb Elementary School on May 24 and shot dead 19 young students and two teachers.

Funerals have already started for the victims of the mass shooting.

Meanwhile, the Texas Department of the Public Safety, which is leading the investigation into the tragedy, said Tuesday that neither the school district nor the district police chief in charge of law enforcement response that day were cooperating.

The Uvalde police department has come under harsh criticism for its long response time to the shooting at Robb Elementary School.James Keivom

The police chief and the school district both pushed back Wednesday morning, insisting they are helping the investigation.

“UCISD had and will continue to work with law enforcement who are investigating the event and realize that many questions remain,” said Uvalde Consolidated Independent School District Superintendent Dr. Hal Harrell.

“Because the investigation is ongoing and information is evolving, we are going to reserve comment until all state and federal agencies have completed their review.”

The school district also announced students and staff will not be returning to Robb Elementary School in the fall.

A memorial dedicated to the 19 children and two adults killed on May 24th during the mass shooting at Robb Elementary School.Getty Images

A mother and her two daughters embrace one another while visiting a memorial at a town square.AP

“We are working through plans on how to serve students on other campuses and will provide that information as soon as it is finalized,” a press release Wednesday said.

“We are also working with agencies to help us identify improvements on all UCISD campuses.”

Officials have previously said there are already plans in the works to raze the school, although where those students will go and what will be built in its place have not been addressed yet.